Written by Wesley Dodd on Dec 15, 2010. Posted in Contributors / On Location

Rubles and the Red Square: On location in Russia

Above all else you need to have one thing when filming in Russia - cash, and lots of it.

Much has changed since the fall of the Soviet Union. Russia (or at least the twin cities of Moscow and St Petersburg) offer all the delights and comforts of any European city. It’s with some surprise then that Production Managers and crews find the ruble to be king and plastic won’t get you very far. Of course in Moscow and St Petersburg all the hotels and restaurants take credit cards but once you get out of the big cities you will need to pay in rubles (dollars and euros will be accepted in some places but you are always best with rubles). 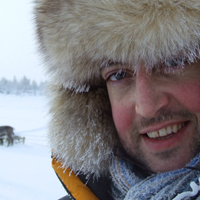 Where cash is really important though is for official permits. If you want to film on Red Square you can expect to pay between GBP600 and GBP2,000 per hour. This can only be paid in advance in cash through a Russian bank.

You can also expect to pay cash for chartering aircraft, excess baggage (on internal flights) and for car/driver hire. All crews will generally only accept cash and will often struggle with the idea of an itemised invoice. We always carry a bundle of pro-forma invoices to be filled in by crews and people who need paying in cash.

Russia lacks kit hire companies and in most cases you would have to pay cash. You would normally hire kit with a person – this person is actually to guard against any theft (insurance has little value in Russia). This can add to your T&E costs so factor it in before you travel. Our company has avoided this over the years by building up personal relationships and leaving cash deposits. Some of the big state enterprises such as MosFilm would accept money wired to their accounts but this is only really suitable for projects like high-end feature films.

The other use of cash in Russia is bribery, something few discuss. Corruption and bribery have always been a huge part of life in Russia, although fortunately things have improved since the 1990s. When I worked for the BBC Bureau in Moscow we took a principled stance against bribery – we just didn’t do it.

It’s something I’ve tried hard to continue since leaving the BBC. Taking such a position is not easy and it can slow the production process, but it’s necessary if we ever want to see Russia change. That said, personal relationships are key and an occasional bottle of Whisky or a Chelsea T-shirt can be given as a thank you present. In most cases you just need someone who understands the system and is there to ensure you don’t get ripped off. As a foreigner who speaks accented Russian my words seem to have more impact and most Russia officials are terrified that I may be someone of influence!

In general you can expect to pay London prices for almost everything in Russia. Hotels and food are expensive and so are internal flights. Vodka is the only cheap commodity.

Working in Russia is very rewarding – don’t forget that this country spans a third of the globe and is diverse in its people, culture and landscape. Many of the perceptions people have of Russia are either wrong or woefully out of date.

Crime is relatively low and in fact petty crime is lower than London or New York. In general you will feel safer on the streets of Russia than in most Western cities. Russia is not a country where personal safety is a major issue (except in the Northern Caucuses which are extremely dangerous and hostile).

Russia can of course get cold. I have experienced -60 degrees Celsius in the far north of Siberia and any temperature below -10 degrees is going to affect and potentially damage kit. Moscow rarely gets below -25 Celsius, which is not as bad as it sounds (the air is dry and usually there are no winds). In the summer Moscow temperature can get up to +35 Celsius or even hotter, while St Petersburg and large parts of Siberia can be very humid with swarms of giant mosquitoes. In many ways the hotter weather is more difficult to manage because of urban pollution – the air can be an un-breathable soup.

Russia is still a country that can throw up a lot of surprises but it can also offer unrivalled locations for filming. Most importantly though, don’t forget your cash. A fur hat and strong liver might come in useful too!