Written by Rowena Carr-Allison on Jan 27, 2011. Posted in On Location

Boston as a location for filming

I took a look around one of the oldest cities in the United States, known for its key role in the USA’s history, to see what makes Boston stand out from other American cities as a filming location. I can’t help but like this place, probably because it’s a walking town which feels European due to its size and atmosphere.

We all like to feel at home away from home. Each distinct neighbourhood has its own feel and far from feeling stuffy, Boston simply oozes charm, as well as something many US cities lack: authenticity.

Juxtaposing classic and contemporary, with skyscrapers sitting alongside colonial brick buildings, Boston has it all covered, historic and industrial, working class and luxurious, rivers, beaches, the ocean, forests, mountains or art deco buildings.

Even though the weather is lousy - it’s pouring with rain and freezing - I’m glad to be back in town to see my old friend Larry Mehan, Vice President at Greater Boston Visitors & Convention Bureau. A jovial chap with anecdotes aplenty, he’s always bubbling over with information: 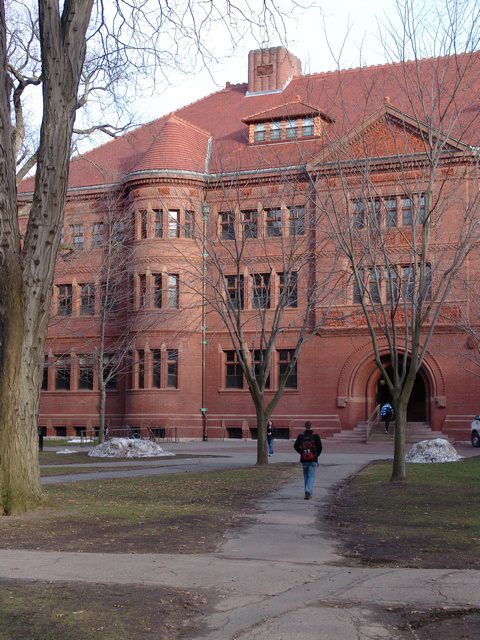 “The most popular outdoor settings are Boston Common, the Public Garden, the Charles Riverfront, Harvard University (pictured left), and the hip ‘up and coming’ South End residential district. The historic 19th Century Back Bay and Beacon Hill areas are too, especially Acorn Street.”

I’m then put onto Patte Papa, Director of the Boston Film Office, who reveals more:

Hugely popular with Hollywood, Boston has often played Europe - even Paris - and New York City on film, as well as various parts of New England and it’s easy to see why as I walk past the brownstones, art decos and other historical buildings that litter the city.

Aside from pretending to be somewhere else, Boston also has its own stories, most notably the recent Facebook-inspired The Social Network, Good Will Hunting, Mystic River and The Departed.

Patte Papa, whose nickname 'the permit' says it all, confirms it’s all about a can-do attitude:

It’s Boston; we can do anything! Paperwork isn’t an issue. As long as you know what you want to do and tell us, we can get the permits you need.

Other big projects shot locally are Tom Cruise’s Knight & Day and The Town (pictured below) starring Ben Affleck, a local boy done good, just like Mark Whalberg who just made The Fighter here. Other recent big-name visitors include Martin Scorsese making Shutter Island with Leonardo DiCaprio and Ben Kinsley, and Adam Sandler filming Grown Ups. It’s hardly surprising that everyone I talk to, from the bellman to the local friend, has a movie star story to tell. 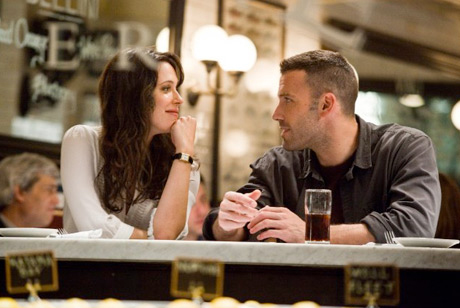 Thanks to 15 years of thriving film industry, there is a significant production personnel and technical infrastructure available, so you’ll find everything from construction crews to hair and make-up, period antiques, furniture and fabrics for Art Directors, as well as the usual support services (accommodation, catering etc.) on hand.

As for the numbers, Massachusetts’ tax credit law offers filmmakers a tax credit equal to 25 cents for every new dollar spent in the state, and a 100% sales tax exemption for 12 months on any production-related items purchased in the state. It’s also the only state in the US which allows credits to be taken as direct rebates.