Costa Rica as a location for filming

It's important to remain objective as a journalist, but after researching this article I want to write ‘COME TO COSTA RICA!’ in block capitals and leave it at that.

What’s not to like? There is no army, 96% literacy and two astonishingly beautiful coastlines, along with umpteen rainforests, volcanoes and protected national parkland accounting for 20% of the country’s landmass.

If you happen to be making a primeval dinosaur flick, Lost-esque tropical nightmare, sun cream campaign, snorkelling rom-com or German Alpine themed beer commercial then it won’t be long before you are Costa Rica-bound. 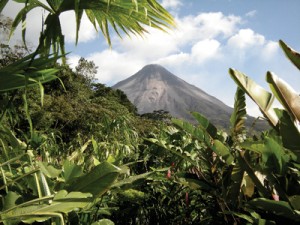 Costa Rica is picking up tons of international work from its regional rivals Argentina, Puerto Rico, Colombia and Mexico, all lured by a checklist of positives. These include both Caribbean and Pacific coastlines four to five hours apart; incredible natural resources including 112 volcanoes; a solid and reliable film workforce; easy access and imports from Miami or LA; a lack of sales tax (saving 12 to15% for foreign crews against most local rivals); a strategically-placed capital city, San Jose, which is equidistant from both coasts, and, most surprisingly for this small country, a recent series of innovative location cheats that include African Savannah, snow-bound German Alpine villages and a replica of the US Open tennis stadium in Queens, NYC.

According to Gustavo Paris, of San Jose based LCA Productions:

“We have tons of locations you would not believe are in Costa Rica. We have a farm that passes for African plains. It has that look and they keep animals like one-humped camels and zebras there permanently. Also, Producers may not know that the level of construction standards here are incredibly high so we get lots of work for our high-spec houses and offices. For example, we just shot a big campaign for KFC for the US and Hispanic markets, which was chiefly families in their houses. You would never know it was done here, as we are known for our fantastic natural environment, not our buildings!”

Gustavo’s company has been very busy recently on a mix of commercial projects:

“In December we finished a Claritin’s project with Lankford Films, and Euro RSCG TONIC. They were so pleased with how it turned out they came back in February for another spot. The same thing happened with The Cartel, who came here twice in six months with two projects for Airwick. We also probably have a cross-country project for Nissan and are in line for projects for Sony and Yemina in Mexico. It’s getting busier and busier. We have recently done jobs for Italy, Netherlands, United States, Canada, Hungary, Japan, Israel, Mexico, Ecuador, Uruguay, Sweden, Honduras, Nicaragua, Curaçao and Puerto Rico.”

Gustavo is clear about what his country does well and is happy that the Government has protected the assets: 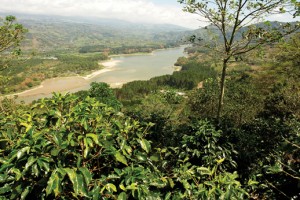 “About 20% of Costa Rica is constituted as a National Park or a Reserve; this includes two parks declared a World Heritage Site by UNESCO. This means that National Parks and Reserves are easily accessible from any part of the country, making us a great destination if you want to be surrounded by natural settings in a short drive. We also have a lot of five star boutique luxury hotels in the capital and similar resorts outside. The tropics are simply fantastic: forest, volcanoes, jungle, beaches and waterfalls.”

The well known Production Manager Victor Barriga, of PSC VB Film Production Services (based in the capital San Jose) has a great overview of the level of productions at the moment:

Gustavo sent me an MP4 of a commercial he shot last year for Pilsener that develops from a groovy tropical beach bar into an Alpine village in Germany, complete with pine forest and deep snow falls, and if I had to guess would put Costa Rica joint last with Hawaii and The Vatican City as its place of origin. So why are Producers choosing to cheat such locations in Costa Rica?

“We have developed the country’s brand for diversity of tropical locations like rainforest, jungles, volcanoes, Caribbean and Pacific beaches, underwater biodiversity, rivers, waterfalls, Caribbean and Colonial villages, and extreme sports. Now it is time for people to see what else we can do. We have great crew and everyone gets on with everyone else, and the attitude is that we can make anything happen.”

Rafael Chinchilla, Executive Producer with the prolific Red Creek Productions, has also been busy developing the notion of what you can shoot in Costa Rica:

The best example of a cheat recently is the Gatorade world campaign with tennis player Maria Sharapova. We built a replica of the Arthur Ashe US Open tennis court in Queens, New York.

"It included grandstands, transmission booths and hundreds of ethnically-diverse extras for the umpires and crowd. No one can ever imagine that commercial was shot in Costa Rica! It was an amazing, friendly and happy shoot. Just before leaving, David Foulds, PEPSICO's Vice-President of Advertising asked ‘Rafa, how can you put together such an incredible group of people?’ But there is no secret: just being in Costa Rica puts you in a great spirit.”

Rafael is lyrical about why the whole of the country’s workforce is so busy:

“We do have an unbeatable variety of beautiful landscapes plus world-class craftsmanship with a smile; everything is close together. Our Gaffers, Grips and cameramen have a commitment to quality that translates into a genuine passion for their job, which results in this ‘plus factor’ that foreign companies don’t find elsewhere. And the general costs are well below our competitors Puerto Rico and Mexico.”

Of course, all this would count for little if the film infrastructure was not firmly and efficiently in place. Leandro Ekman, Executive Producer of Banana Films, is very clued up on what is possible domestically and where to go if it isn’t:

“There's a variety of international standard film equipment and a large number of established professionals in the advertising industry with vast experience. Miami is only a leap away, providing access to all the usual film laboratories. Costa Rican companies are often linked to North American suppliers, making imports easy. We have very favourable logistics for productions here, as most production companies, vendors and equipment rental companies are located in the greater metropolitan area, San Jose. However, now there are utilities across the country making us one giant natural film set with the best service and communication facilities."

Leandro concurs that business is on the up in 2011:

“We now get many requests about locations, crew, equipment and if there is American or European-looking talent. People are seeing us as an option instead of Mexico and Argentina, and get particularly interested in our natural treasures: the biodiversity of the rainforest is a hot topic. We get loads of questions weighing up both of our shores; the Caribbean surrounded with lush tropical rainforest and the peaceful Pacific shore of white sand and crystal clear waters. We tell them to do both! Both coasts lie within just 545 square kilometers, as Costa Rica packs a lot of goodness in.”

Producers will be interested to learn that this popularity results without a formal production tax break. However, through CAIAC (Camara de la Industria Audiovisual de Costa Rica) you can get permits to exempt taxes on importing equipment for use in filming, as Gustavo explains:

Prices are very competitive. Most Latin American countries charge a 12-15% tax on services but we don't so it's a big discount. There are no taxes on production services and consequently no tax breaks or incentives.

But there is the chance of better news on the horizon, as Victor Barriga adds:

“The new Costa Rican Government has just declared the audiovisual industry of special economic interest, so CAIAC is now working to get all kinds of filming incentives underway.”

Gustavo has the last word on why Costa Rica is now so popular:

“The country is very safe and people are wonderfully nice and kind. I think our most popular saying reflects and expresses this. When you ask ‘How are you?’ the answer 99% of the time is 'Pura Vida' which translates as 'Plenty of life', 'Full of life', or 'Life is good.' Costa Ricans are very proud of their country and that is why people love to come here.”