Written by Tony Cordeaux on Mar 2, 2011. Posted in Contributors / On Location

Filming locations and logistics in India

You will never hear anyone return from India saying it was boring. The vibrant culture, unique wildlife and spectacular scenery have fascinated visitors for centuries. Documentary filmmakers have tapped into this rich vein of content to great advantage.

As India develops we are seeing production service companies arrive on the scene to help international producers take better advantage of eight months of blue skies and a well equipped and thriving local industry.

Traditionally producers used to only shoot India for India but are increasingly waking up to the endless possibilities of the diverse landscapes available. You can find everything from thousands of miles of tropical, palm-fringed white sand beaches to high-altitude and alpine mountains, jungles, vast rivers and deserts with pristine rolling sand dunes.

The different environments, and India's colonial architecture, allow it to double for many locations worldwide. The beaches of Goa and Kerala can double for Sri-Lanka, the Maldives, Southeast Asia, tropical or Caribbean beach locations. The rivers and backwaters of Goa and Kerala can double as Southeast Asian rivers and jungles.

The different environments, and India's colonial architecture, allow it to double for many locations worldwide. The beaches of Goa and Kerala can double for Sri-Lanka, the Maldives, Southeast Asia, tropical or Caribbean beach locations. The rivers and backwaters of Goa and Kerala can double as Southeast Asian rivers and jungles.

If it’s jungles you want the scenery of the Western Ghats provide an interesting range of possibilities. There are mountains in abundance, the lower foothills of most ranges being suitable doubles for Alpine Europe, while the high-altitude desert-scapes in Ladakh could double for Tibet, the Atacama and other South American deserts in the Andes. The deserts of Rajasthan could double as an Arabian or African desert location. It is pretty near impossible to double India's hectic cities for locations outside of the sub-continent but for Nepal, Sri-Lanka, Pakistan and Bangladesh there are many possibilities.

The local industry is equipped with the most up-to-date cameras, lighting, grip and post-production equipment and some highly experienced and motivated crew. At the other end of the spectrum there are some units where both equipment and crew look like they have survived several wars. Make sure that your local production team have a good idea of the standards you require. 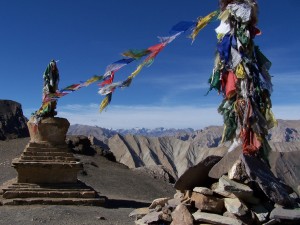 India does not lend itself to last-minute international shoots. The first question you should ask yourself is whether you have enough time to get the paperwork and visas in place. The time taken for your application can vary and a lot depends on providing the correct information to the right people.

Having discussed the latest situation with your Indian production company, your first port of call should be the press and information wing at the embassy in your home country. They will advise you and route your application to the relevant Government ministry in Delhi. Your local production company should write to the person at the ministry connected with your production.

The Ministry of External Affairs (MEA) deals with unscripted documentaries relatively quickly in about ten days. The Ministry of Information & Broadcasting (MI&B) handle scripted films. The process is longer as the script is cleared before a panel and the crew and cast details are security-cleared by the Ministry of Home Affairs (MHA), which takes 21 days from the date your application reaches MHA.

Don't forget to include all the passport details of your complete cast and crew travelling to India and the fee for script clearance with your application or you will experience delays. There is a clear process and as long as your subject matter doesn't offend religious or current political sensibilities you should have little trouble. 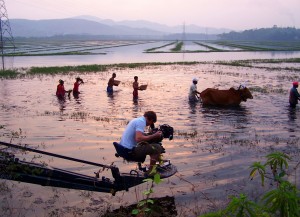 Once your central Government permit is issued for your shoot your Indian production company can proceed with permits for your specific locations at the state level. India is in fact a union of states. Each state has its own culture, cuisine, religious demography and legislative framework. Therefore each state has its own set of agencies and procedures for issuing shoot permits. Some states, such as Goa, have a 'single window' application process designed to speed up the process and cut out 'unofficial' payments. In other states one must run between a multitude of different departments and agencies to collect the relevant paperwork and 'oil the wheels' of bureaucracy.

As a foreigner it will be impossible to do this yourself. Your local production company should have the relevant contacts - and sufficient influence - to get this done efficiently for you.

If you are shooting in multiple states you could consider hiring a local production company in each state as you will need local, state-specific expertise. However, it is often easier to pick one company, with a network of fixers throughout India, to handle the whole shoot for you for the sake of consistency and accountability.

If you are shooting in multiple states you could consider hiring a local production company in each state as you will need local, state-specific expertise. However, it is often easier to pick one company, with a network of fixers throughout India, to handle the whole shoot for you for the sake of consistency and accountability.

Payments to suppliers can be handled via your local production company allowing you to transfer money to them through their account via SWIFT. For longer productions you could consider setting up an account with one of India's commercial banks. You can then route your cash requirement to your own account, have a debit/ATM card, local cheque book and arrange demand drafts and same-day electronic payments within India. In any case you are going to need a cash reserve. Most companies will want a large proportion of their payment prior to mobilising their services and for last-minute or on-the-spot payments and 'fines' cash is essential.

With the right preparation and team a production in India is no more difficult than most overseas locations and can be an incredibly rewarding experience both professionally and personally. I have seen lots of truly exceptional footage from shoots in India.