Filming on location in Sri Lanka

When you visit Sri Lanka, it is plain to see why both David Lean and Steven Spielberg chose it as a location. Lean’s 1957 film The Bridge on the River Kwai and Spielberg’s 1984 classic Indiana Jones and the Temple of Doom made full use of this exotic island at the southern tip of India.

Not long after Spielberg’s visit, the country’s growing reputation as an exotic but safe filming destination was all but destroyed by a brutal civil war between the Sinhalese majority and the Tamil minority. But peace has now returned so is it the time for filmmakers to consider the island once more, with its amazing palette of film locations?

When you visit Sri Lanka, it is plain to see why Lean and Spielberg chose it as a location.

Three hundred commercials are already being produced each year for the domestic market, which has kept the industry vital. Apart from the internationally-acclaimed Sri Lankan Director Lester James Peries, the production community is made up of around 700 film professionals working across all production categories, the majority of whom speak good English, the official second language. There are no film unions in Sri Lanka so no union regulations apply.

Sri Lanka is roughly the size of Ireland, Tasmania or Virginia (66,000 sq km) and prides itself on having exceptionally varied landscapes from wild jungles to deserts at the Bundala National Park. It is the perfect location double for many Asian countries including the obvious India, Pakistan and Bangladesh, but it can also double for more specific locations such as the rice paddies of Bali, the cricket pitches of Jamaica and the beaches of Zanzibar.

Parts of the island feel like a tropical jungle zoo location where elephants bathe in rivers, water buffalo idle in jungle clearings, monkeys swing from the trees and leopards cross crocodiles at watering holes. Sri Lanka boasts seven different types of forest
and the island is blessed with 103 rivers and streams which radiate from the central hills rushing down rocky precipices forming roaring waterfalls.

The coastline, in contrast, offers hundreds of lagoons, marshes and pristine beach locations, some of which are considered to be the best in the world. There are miles of white sand framed by bamboo groves, coconut plantations and picturesque fishing villages set in small bays. Nilaveli Beach on the east of the island, situated above Trincomalee, could quite easily be a location on the Kenyan or Mozambique coasts with its crystal-clear waters. Further south, Arugam Bay provides some of the best surfing waves in the world from April to October.

As you move away from the coast the southern central area is dominated by mountains and hill country, and the road from Kandy, which meanders its way up through the tea plantations, is an ideal location for car scenes or commercials. With little traffic it is perfectly controllable and presents no obstacles for shooting aerials.

The highest mountain - Mount Perdo at 2,524 metres - rises above the tea-growing area and the capital Nuwura Eliya. The capital feels like a colonial hill station but with suburbs that look like an English village with hedgerows, rose gardens and bungalows. The Hill Club (think croquet lawn, mounted fish, hunting trophies, billiards room and bar with darts board) boasts an 18-hole golf course and a race course that could easily be 1950s Britain or New Zealand. The Film Team, a Colombo-based production service company, recently completed production on a Hatsun TVC for Iris Films of India. The principal location was aptly called ‘New Zealand Meadows Farm’.

The production community is made up of around 700 film professionals working across all production categories, the majority of whom speak good English, the official second language. 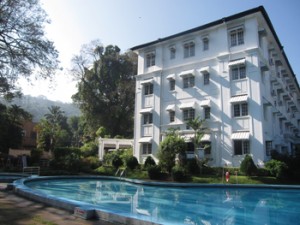 Sri Lanka’s basic rural architecture is timber frames covered with coconut matting. Buddhist, Hindu and Muslim temples dot the country, as well as Catholic and Protestant churches. The colonising Europeans - Portuguese, Dutch and British - made a very significant impact on the architecture of the country with high-pitched roofs and covered verandas and that classic plantation look seen only in the tropics. Geoffrey Bawa, the famous Sri Lankan architect, also added his touch with a fusion of ancient and modern in a style that can be seen throughout the island. Locations include everything from old plantation colonial houses and tea processing factories to modern office buildings in Colombo and seaside villas of all styles along the southern coast.

If you need to film anything remotely associated with the tropics and agriculture then you are in the right place. Sri Lanka is blessed with fertile soil where just about everything grows. For information on where these crops are grown and the precise growing seasons it is strongly advised that you contact a local production service company. There are too many crops to mention here, but this little list should give you a taste: tea, tobacco, coffee, coconut, pineapple, mango, pear, passion fruit, mandarin orange, water melon, strawberry, avocado, cashew nut, fig, grape fruit, litchi, banana, leek, onion, celery, carrot and broccoli, as well as all the different spices from pepper to cinnamon.

Relatively few film permits are required for filming in Sri Lanka. Permissions are required, however, for filming at Government and historical buildings, in public urban streets and on country roads. Permits are easy to obtain with minimal paperwork and obviously the permit costs and location facility fees vary according to the locations in question. All location permissions will be handled by the production service company with whom you have chosen to facilitate your production in Sri Lanka. 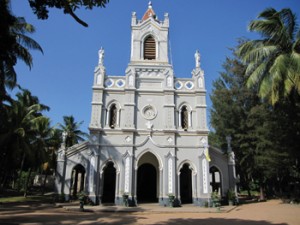 The Sri Lankan Government strongly supports the film and television industries. They currently have several initiatives taking place including the building of a telecine village and the construction of an outdoor studio with permanent sets in the south of the island under the creative eye of Production Designer Errol Kelly. Sri Lanka can also be considered film-friendly as Government institutions increasingly realise the importance that filming plays in the promotion of tourism to the country.

When considering filming in Sri Lanka it is advisable that you bring with you your own DoP, ADs, sound department and script supervisor. Many actors - male and female - have significant experience of working on foreign films and Asian as well as Caucasian extras are readily available from the 20 million-strong population.

Sri Lanka currently has third-generation Arri III cameras, a limited selection of flicker-free lights, HMIs with conventional ballasts 6K and below and a 38-foot crane, dolly and track. Aerial filming is fully available through the use of both Air Force and private helicopters. Any state-of-the art camera, grip and lighting equipment can be easily shipped in from neighbouring India. Experienced freight agents are available with excellent knowledge on local customs requirements for the speedy clearance of all film-related equipment and supplies.

Sri Lanka also boasts excellent hotels throughout the country which serve both local and international cuisine and with exceptionally friendly service. Air-conditioned cars, people carriers and minibuses are readily available, as are trucks of all shapes and sizes for equipment transportation.

Using a good production service company is the key to filming in Sri Lanka for foreign producers and production companies. There are some excellent companies based in Colombo and on the south coast at Galle.

Dubbed the Pearl of the Indian Ocean, my feeling is that Sri Lanka deserves this title and there is no question that it has great locations for filming and excellent production values with crew rates which would have to be considered the most competitive in the region.