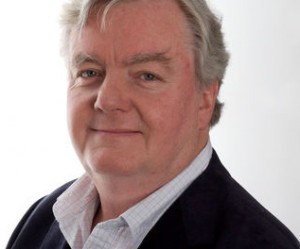 Smith (pictured) is one of Britain’s best-known producers, having worked his way up from Location Manager on Chariots of Fire to producing movies like Wanted and The A Team. He has worked with David Puttnam, Bill Forsyth, Bill Douglas, Anthony Minghella, Stephen Frears, Darren Aronofsky, Alfonso Cuaron and Ridley Scott.

As the Chair of the new BFC, his aim is to keep all sectors of the British film industry competitive and flourishing – from education and training right through to inward investment.

What got him the job?

“I’m known in the industry as being independent of any particular sectoral interest. I’m seen as impartial and as having a strategic overview, although it doesn’t hurt to have produced a few decent films, which gets me a rating in Hollywood. I will always champion Britain, but the studios know me well enough to trust that if I genuinely thought a production would be better served somewhere other than the UK, I would say so. In this game, what's best for the movie has to be the highest priority. With the BFC, the trick is to make sure, first and foremost, that Britain provides for the movie and not just that the movie provides for Britain.”

The UK industry is in good shape. This year. We have been really successful in competing in a world that has never been more competitive.

All the studios in the UK are extremely busy, so it seems that the UK industry is in good shape. What needs to change?

“Yes, the UK industry is in good shape. This year. We have been really successful in competing in a world that has never been more competitive. We have a great filmmaking tradition in the UK, but it’s being seriously challenged now by fully established competitors like central and eastern Europe, Canada and Australia. Even France is now beginning to compete in the inward investment business and there are also brand new centres starting up like Malaysia and the Dominican Republic. These guys intend to compete and we absolutely cannot afford to rest on our traditional laurels.”

When I ask how the UK industry will deal with such intense competition, Smith says it's about building relationships and reputations:

“Lets look at exactly why productions go to some places and not others. There are three things the big guys consider. The first is the bottom line cost and frankly this is sometimes against us. At first glance, when compared with less robust economies, the UK seems expensive, but when you assess the intrinsic value rather than just the cost you will find for instance that a camera grip in Bucharest is not at all the same thing as a camera grip in London. Secondly, facilities and skills are assessed. The UK skillbase has to remain state-of-the-art so that all the filmmaking solutions are immediately to hand rather than a plane ride away. Thirdly, there is the talent base: actors, writers, directors, costume designers, production designers and cinematographers. Ultimately these 'big' choices are about finding the right kind of people. This is our biggest draw - our people - and this is where we will continue to excel.”

The important thing is always trust. Even though we are in a notoriously untrustworthy business, we must be entirely reliable.

This sounds like a solid foundation, but how is he suggesting the UK moves forward? It sounds as if the BFC is concentrating on taking the UK into a much more international market?

“We are already in an international market. Have been for many, many years. We will continue to maintain the sophisticated business relationships we have built up over decades with the US studios. We will also continue to engender newer relationships with India and China, and with the emerging film economies of the southern hemisphere. I suppose that the important thing is always trust. Even though we are in a notoriously untrustworthy business, we must be entirely reliable. If individually or collectively we say we will do something then we must deliver.”

It is true that reputations are slow to build and quick to break, and Smith seems dead set on building on the UK’s reputation as a place whose film infrastructure has great strength and depth. He knows this will resonate with the budget holders who green-light projects.

“The money mens’ concerns are that when you are making a movie on location you are more vulnerable than when you're on studio stages. When you shoot on a location you are buying scale and visual depth of field - very valuable commodities to the credibility of film storytelling. The problem is that you are often paying for that in terms of public interference and a commensurate loss of production control. This is what I mean about the value of having good people because a grade-A Location Manager, of which the UK has many, will often convert these potential liabilities into brilliantly creative solutions that can really make the movie.”

I have noticed that the British work best as a team. Although film people have a reputation for self-interest, actually the really successful ones are great at sharing.

With the diversity of a thousand-year history behind us, Smith says the British Isles can provide just about anything needed in terms of locations. Given the UK’s rolling slate of high-end feature film production and a post-recession commercials market that is beginning to boom again:

“The other part of the filmmaking job is maintaining an industry that can cope with anything a production suddenly wants - literally anything! Knowhow. It continually astonishes me how you are on set in the UK and somebody asks 'How can we get the door to flip back on its axis?' and someone else says ‘Oh, just ask Alfie - he invented this thing that’ll do that’. Along comes Alfie with a contraption he’s been tinkering with and problem solved. It’s the Dambusters spirit. It’s ingrained in us; the native genius of an independent island nation governed by unpredictable seas… Oh I don’t know if it’s that at all, but I know that we are full of resourceful, capable people, who get the job done. I see it on set time and time again.”

Another facet of the UK film workforce that Smith feels adds to the industry is the collaborative, team-working approach:

“I have noticed that the British work best as a team. Although film people have a reputation for self-interest, actually the really successful ones are great at sharing. For instance on The Location Guide's bulletin boards with Location Managers sharing and helping each other constantly. Yes, if you are the first to find an amazing location nobody has ever seen before then you want to keep quiet about it, but once something has been established in the public eye location management becomes a very collaborative process where professionals help each other to solve problems. Anyone worth their salt realises the common benefits of mutual success. If the industry as a whole succeeds then it is likely we all will individually too.”

It will be exciting to see how Smith's BFC will attract valuable projects to the UK in the coming years, particularly in the face of such stiff global competition and emerging filmmaking infrastructures.