It’s been a tough time for Mexico recently. Bouncing back from the global recession took all the national industry’s guts and resilience, but then Mexico had to deal with accusations of poor production safety because of a few crime-ridden areas.

There has been a lot of talk recently, particularly in American media, about the safety of some productions shooting in Mexico. This has put the country on the back foot in a period where commercial production has been arriving in droves to Mexico City and the amazing array of locations available throughout the country.

Mexico has some decent incentives that make it a tasty choice for advertisers who have big ambitions for their dollars, euros and yen. Then of course the general production costs in Mexico are up to 30% below the US, Canada and much of Europe. Have these plus-points been negated by the bad press? What have the last few months been like? I decided to call around and get a feel for what’s happening.

Mexico has some decent incentives that make it a tasty choice for advertisers who have big ambitions for their dollars, euros and yen. Then of course the general production costs in Mexico are up to 30% below the US, Canada and much of Europe.

Susie Neill, Executive Producer at Mexico City-based Tonic Films, is sure things are on the up: “Currently things are fantastic and 2011 has started with a bang. Tonic has just finished four commercial jobs in five weeks. We had two from Canada, one from McDonalds in the US and the National Lottery’s Euromillions campaign out of the UK. We are also pretty booked up in the near future with Roger and Reitmans out of Canada and some other projects.”

Conchita Toboada, of long-established Spectrum Films in Mexico City, recently made promos for the BBC and worked on campaigns for Corona in the US, as well as Axe and Oasis in the UK. She agrees with Susie:

“Business slowed down a bit due to the international recession, but 2011 started very strongly so we may say it’s now booming, especially with work from countries that did not come here before. There seems to be lots we can bid for. We have one confirmed job - a commercial for the UK and Europe - that we’ll shoot in two weeks. Right after that we’ll be servicing a feature film that’s coming to Mexico for a two-week shoot. We’re expecting confirmation on another TV commercial that will shoot between those.” 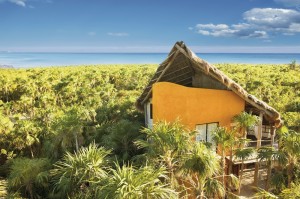 Cesar Ahumada, at La Fabrica in Mexico City, is another commercials producer who is getting plenty of work at the moment:

“We’ve had a couple of really busy months and the pace doesn’t seem to be slowing down. We just finished shooting a campaign in Mexico for Latinworks, an Hispanic agency out of Austin, Texas.

"Right before that we were in Miami shooting spots for Wendy's through the Bravo Group, and a big campaign for MGS of Miami for the ITT Technical Institute.”

Finally Abraham Dayan, Owner/Producer of Phoenix Films, explains that he has a clutch of “very solid” clients who are keeping him festooned with work and he reels off a list of current projects:

“Yep, we have UNITEC’s national campaign for which we are producing five TV ads. Then we have videos for SANOFI and CIMAT, a photography campaign for the TD Bank’s Latin Market in the USA, and various spots for E! Entertainment. Plus we have spots for AXN & ANIMAX, and 13 TV programme episodes of a BMX and skate reality show for ESPN, ANIMAX and MTV.”

Crime levels in specific areas of Mexico have led some US clients to suspend projects and refuse to produce in Mexico, but it seems that the this bad publicity has not put off global advertisers, as Cesar explains:

“There's been a lot of buzz in the American media regarding safety and security in Mexico. The fact is that there are some areas in the north of the country that are not safe for land travelling, but Mexico City remains as safe as it always has been. My advice would be to trust your production services company. No one would take you to shoot anywhere that is unsafe.”

The fact is that there are some areas in the north of the country that are not safe for land travelling, but Mexico City remains as safe as it always has been. My advice would be to trust your production services company.

Susie is indignant about the reality of the situation: “The world should know that the better part of this country is untouched by the crime some people perceive as being all over the country. Mexico has 31 states and Federal Districts, and the crime is in just three of those states.”

Clearly, production has not been touched by these American reservations. It seems Mexico has just too much going for it, although Conchita is very honest about Mexico’s attractions as a filming destination:

“The main elements that make people come are really well trained crews, competitive prices, fantastically varied locations and good weather. It’s the mix of these elements that make Mexico an attractive place for shooting; if you take out one of the elements then the rest do not compete with other destinations. Luckily we have them all!”

We can do colonial cities and modern metropolises, forests, jungles, beaches, deserts and archaeological ruins. Plus we can cheat Caribbean locations and double for the US easily. We also cast from a deep pool of different ethnic groups, which makes things easy for cheating.

Abraham is lyrical about the range of locations on offer throughout the country: “Yes, we do have different climates, as well as incredible cultural diversity. We can do colonial cities and modern metropolises, forests, jungles, beaches, deserts and archaeological ruins. Plus we can cheat Caribbean locations and double for the US easily. We also cast from a deep pool of different ethnic groups, which makes things easy for cheating!”

Cesar jokes that you can shoot pretty much anything except snow: “Sadly, there are no ski resorts in Mexico. Other than that, we have lots to recommend us other than just the affordable prices. The talent buyouts are quite cheap and we have excellent crews with tons of international experience at the highest level. 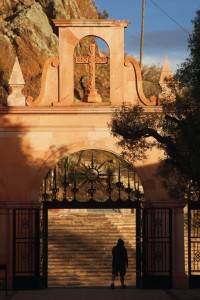 “Being so close to the USA most new equipment is available at reasonable prices. Crews and people are super friendly, weather is good most of the year and the food is excellent! Mexico City is the core of the industry, but now cities such as Monterrey, Guadalajara and even the Mayan Riviera carry good equipment and crew.”

Abraham and the other producers are all most impressed with the film commission, Imcine, which they explain has been raising its game to organise all Government services and support to the industry:

Abraham says: “Yes they are very helpful and working better than ever. Imcine has offices in most of the important cities of the country. They help a lot in sending images of local locations and they have access to really good deals with hotels and local services. It’s well worth getting in touch with them.”

It’s pretty well documented, and all the producers agree, that Mexico is 25-30% cheaper than the US. Conchita from Spectrum mentions that this figure goes a lot higher if the production involves construction work, which is very cheap and professional throughout the country. She also mentions a new incentive - the details of which are on Imcine’s website - under the heading ‘ProAudioVisual Fund’:

“It looks fantastic. If you spend more than 70 million pesos in a production (about USD6 million), you will get 7% back, plus 10% more from sales taxes. It will add up to a 17.5% of your money back. This incentive, plus the cheaper prices, really makes Mexico attractive - it’s why we are so busy right now!”

Imcine, the Mexican Film Institute´s website can be found at www.comefilm.gob.mx