Written by Louise Sandiford on May 26, 2011. Posted in Contributors / On Location

The Caribbean as a location for filming

We tend to see the Caribbean as one country or a small group of islands whose names we are all familiar with. But in fact there are more than 7,000 islands in this long arc that runs from Florida to the north coast of South America. 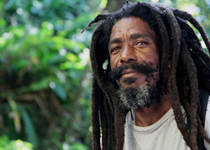 The Caribbean islands were fought over by most of Europe for centuries and in some cases are still dependencies. Guadeloupe, St. Barths, Martinique and, oddly, half of St. Martin, are sub-regions of France. The other half of St. Martin, St. Maarten, is Dutch. The influence of this history on each island has been huge, affecting almost everything such as the make-up of the population, the languages, the architecture, art, music, cuisine and culture. Even, oddly enough, the wildlife, with strange imports like the fallow deer that roam the bush in Barbuda. This cultural tapestry creates an amazing resource for filmmakers and photographers.

Now we also have international airlines flying direct from the States or Europe to many of the islands, on a daily basis. 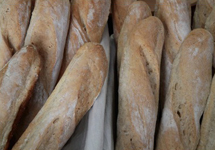 Add to these cultural varieties the huge range of topography, which powerfully influences and shapes the weather, and one can find, in a comparatively small area, a wonderful range of locations. Here we have, for instance, a flat, desert landscape island such as Barbuda, with an English-speaking population and the British Queen’s head on its Eastern Caribbean dollar. But hop just 60 miles and one can find a French island with mountains, jungle and waterfalls, where the population is happily sitting in roadside cafes sipping French wine bought with the euro. Hop another 30 miles and Carib Indians are living in their traditional thatch houses, hand-carving canoes from logs. 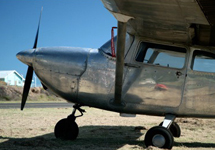 Ships - banana boats, pirate ships or otherwise – used to be the form of travel between islands and the area is still a sailor’s haven. But now we also have the international airlines flying direct from the States or Europe to many of the islands on a daily basis. The local airlines use small prop planes to hop between them, just like taking the bus. In areas such as The Grenadines small planes buzz between the tiny atolls like dragonflies. They barely touch down before they are off again over the transparent sea to land on the next tiny grain, a three-minute flight away.

The range of locations is amazing for such a small land mass and one of the great advantages of shooting in this area is that the distance between, say, a jungle waterfall and a beach is never very far. 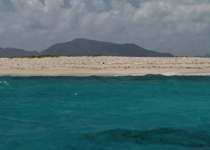 I have lived and worked in production in the Caribbean for the last 25 years and the area I have come to know best is the Lesser Antilles.

Here the locations vary between tiny, white-sand dots no bigger than a tennis court to large, rugged, black-sand islands with active volcanoes, such as St. Vincent, where the first Pirates of the Caribbean was shot.

Tobago, flat at one end with white sand beaches, rises up to the oldest rainforest in the western hemisphere, with blue birds and green parrots. Dominica has boiling lakes and jungle cliffs that drop into deep sea areas where whales swim by. The range of locations is amazing for such a small land mass and one of the great advantages of shooting in this area is that the distance between, say, a jungle waterfall and a beach is never very far.

Locally we only worry about hurricanes if we live north of Grenada and then we are only really concerned during the months of August and September when the Atlantic is at its hottest.

And all that’s above the water - there is a whole other colourful world under the sea. As we speak we are going into production on a film about the life of turtles down in Trinidad and Tobago. 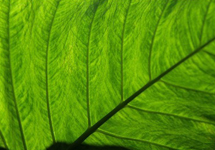 The weather influences our lives greatly. It is tropical of course, but with significant variations depending on each island’s latitude and landscape. Some islands are too low-lying, or simply too small, to influence the clouds, and so are arid, like Anguilla, Barbuda, Aruba or the mysterious sounding Jost van Dyke. Then we have slightly higher and larger islands - the gently rolling grassy hills of Antigua and Barbados for example. From here it is on up to the towering volcanic islands such as Grenada, St. Vincent or St. Lucia, to name but a few. The higher islands attract rain; there you find the waterfalls and lush rain forest.

And hurricanes? Locally we only worry about hurricanes if we live north of Grenada and then we are only really concerned during the months of August and September when the Atlantic is at its hottest. 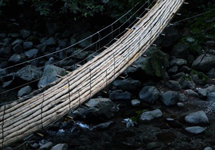 Although there is some film equipment in the region, it is often difficult to procure everything you will need from one single source. Travel between the islands being the small planes with little or no cargo space, we find it is easier to bring in equipment in one neat go from Miami, which we use as our base for both equipment and some key crew. There are cargo boats constantly making the journey between Miami and the islands, but rental costs mean this is a prohibitive form of transport. Freight flights, however, connect most islands to Miami at least two days a week and balancing rental time against freight costs makes this a relatively cost-effective way to get things delivered.

Many islands have introduced personal income tax, but most still rely on import duties for their main source of revenue.

Photographers really need to bring their own equipment. Although there are many photographers who live here, their gear is too precious to them to risk letting it out of their hands – there are no repair shops here, and no B&H just down the road! 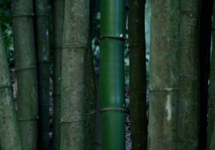 Many islands have introduced personal income tax, but most still rely on import duties for their main source of revenue. Customs and Excise is, therefore, a very influential body and needs to be treated as such. To arrange for equipment, props and wardrobe to receive a temporary duty free importation, the paperwork needs to be in place one week before equipment and crew arrive. Each island country has its own rules and regulations. A few of the larger islands have film commissions and as they are becoming more production aware some are now creating incentives.

Although the islands are individually unique - and I hope I have managed to get across their very dissimilarities - the Caribbean as a whole is universally known for its style. Here is the best shabby chic that can be found, the most charming and humorous people, who are wonderful story tellers - it really is worth getting to understand the local dialect - and here too is the home of reggae, steel pan, cricket, calypso, rum, and the odd pirate. Thankfully, though, only the Hollywood version!