So the most American of institutions has hired someone outside Hollywood? Who is this guy, and what is he doing? And is he interested in the job on a permanent basis? 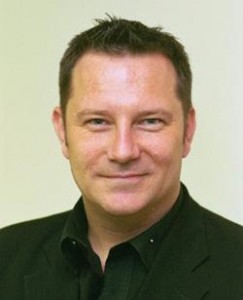 A beautifully polite voice answers the phone and explains that she will fetch Mr Cuff immediately. Martin’s secretary this evening is his 12-year-old daughter, as I have inadvertently phoned him at home. However, he is delighted to give me a few minutes to set the record straight about what happens next with the AFCI.

Martin is a film sector specialist: “I have a small business that specialises in establishing and mentoring film commissions around the world. I’ve run film commissions and film permit offices on two continents. I was the first African representative to be voted onto the AFCI board. I’m the only foreigner to ever have been hired in to run a US state film commission.

I’ve worked on the establishment of film commissions in places like Serbia, Turkey and Georgia, so I’m also the only person to have set up film commissions on three continents. I have film association management experience here in South Africa - I’ve run the South African Association of Stills Producers for the best part of a decade - and I was also the Chief Operations Officer of the Southern African International Film and Television Market, so I even have film event experience. Joining the AFCI at this point in its life-cycle seemed a good fit.”

In 2006 Martin was the Executive Director of the Colorado Film Commission (the oldest in the world, which he restructured as a public-private partnership) and as such was a fully paid up member of the AFCI. Just five years later, Martin has been seen as the man with the right skill-set to helm the organisation until a permanent Executive Director can be found.

I’ve run the South African Association of Stills Producers for the best part of a decade - and I was also the Chief Operations Officer of the Southern African International Film and Television Market, so I even have film event experience.

“I received a call to say that the CEO of the AFCI had resigned at a critical juncture, and asking whether I would be interested and willing to step up in the interim to help. Knowing that the strategic partnership with the PGA on the Produced By conference is integral both to growing the profile of the AFCI and giving AFCI members’ access to top producers, it was clearly a challenge.

“Plus there was the need to keep the organisation – which represents film commissions and film offices in more than 35 countries – rolling. Because I knew the organisation, its advisory board and many of its role players, and because I knew I had the experience or the comparable skills, I figured it would be fun.”

Martin explains that the new permanent boss – whoever that may be - will start work on the 1st of January 2012 and until that date Martin Cuff Consulting is in the driving seat. But does he fancy the gig permanently?

“The AFCI is currently looking for someone based in LA so that the organisation’s footprint can continue to grow. I’m not really considering moving my family or giving up my consultancy business at this point. I may be interested in changing direction if the AFCI’s focus also shifts a little and the true global reach of the organisation was being fully realised.

I think the AFCI generally manages member needs quite well, though there is a recognised need for improvement. I think we could add value to member experience by increasing our presence in Hollywood.

“Whilst delivering the Produced By Conference and the Locations Show is clearly the most pressing requirement right now, I have therefore also started work on unpacking the AFCI’s Strategic Plan and developing what I’d like to think are some pretty bold strategies and interventions for the way forward. I’ll be presenting the basics to the Board in June and we’ll go from there.”

Anything in particular he’d like to share? “It’s early days,” he says, “But I think the AFCI generally manages member needs quite well, though there is a recognised need for improvement. I think we could add value to member experience by increasing our presence in Hollywood – and by becoming a genuine go-to agency for productions wanting to work on location. That can be developed. But I think there is great opportunity for the organisation to provide film commission services in countries that will become economic powerhouses in the next decade.

“Living most of my life in the developing world, I have a very keen interest in the economics of development and I’ve been really fascinated with the rise of the BRICS countries – Brazil, Russia, India, China, South Africa – and the future rise of the so-called ‘next eleven’ - Bangladesh, Egypt, South Korea, Turkey, Mexico, Pakistan, Indonesia, Nigeria, the Philippines, Vietnam and Iran. Many of these countries already have strong film industries, so film commissions would be a solid next step. As an example, there are 922 islands that make up Indonesia. If just 10% of those islands created film commissions it would add 20% to the global AFCI membership roster.”

I’m contemplating running ‘mini-posiums’ that mimic the big Cineposium event in regional centres all around the world. These may be smaller events, but they would build new relationships, stamp our authority into new areas and drive new memberships.

The AFCI is well known for phenomenally successful events and the AFCI Locations Show (this year held in association with the PGA’s Produced By conference) and the AFCI’s educational event Cineposium (which this year is in Paris) are essential annual dates for film business people. But even here, Martin considers that there are opportunities for the organisation to step up to the world stage by expanding what it does best.

“The AFCI board, the membership and the staff have so much knowledge and so many connections. We could use it more. I am considering a concept to partner more strategically with regional film commission associations; I’m contemplating running ‘mini-posiums’ that mimic the big Cineposium event in regional centres all around the world. These may be smaller events, but they would build new relationships, stamp our authority into new areas and drive new memberships. Again, I’ll flesh out the ideas and present to the Board this June.”

So, if Martin Cuff gets his way the AFCI can look forward to some game-changing policies in 2012 that will mean a much bigger profile in a country near you.