It seems sometimes there can be too much of a good thing. Business is booming in Malta but the Producer’s Creative Partnership (PCP) has warned that the country’s popularity is stretching local resources dangerously thin. The organisation wants to make sure Malta’s reputation stays intact. 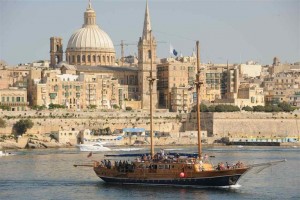 Six different projects are being filmed in Malta this month and several of them are large-scale productions. They include Paramount’s zombie thriller World War Z, shooting with Brad Pitt and directed by Marc Forster, as well as Nordic feature Kon-Tiki that will be using as many as 650 extras a day.

The PCP describes this June as the busiest filming month in Maltese history, but while this is clearly better than having no activity at all, it says the strains are showing right down to the basics of accommodation for crew and car hire. It’s also asking local service companies to make sure they don’t overprice themselves.

The organisation said: “The limited experienced crew available in Malta is being spread thinly amongst all productions and this is forcing producers to fly in more foreign crew then would usually be necessary. Some locals with limited or no experience are being given more opportunities than usual but local production managers are wary of having too many inexperienced crew members.”

The limited experienced crew available in Malta is being spread thinly amongst all productions and this is forcing producers to fly in more foreign crew then would usually be necessary.

Writing for TLG earlier this year, Malcolm Scerri-Ferrante, a Line Producer and Production Manager with the PCP in Malta, said around half the crew will normally have to be flown in if more than one production is on the go. If your shoot is the only one filming at any given time, around 75% of the crew can usually be sourced locally.