Wit likely to triumph over scale at Cannes Lions

The effects of the global recession were less obvious last year. In 2011, however, the lack of striking location filming in commercials that are likely to be part of this year’s Cannes Lions festival suggests budgets are being watched more carefully. 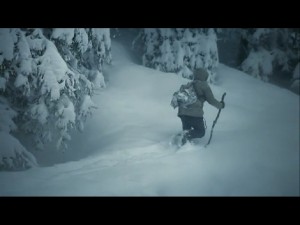 Smaller scale pieces dominate, with wit and humour favoured over more exotic locales. Shangri-La Hotels bucked the trend with It’s in our Nature (left). Beginning with a lone traveller being stalked by wolves in the mountains it ends with the animals warming him with their fur rather than using him as a handy meal. The spot was filmed in the French Alps largely because of seasonal timing and the availability of the wolves.

Claudia Traeger, a Line Producer with Quad Productions in France, said: “Canada was too complex [as a filming location]. We had better wolves in France specially trained by Pierre Cadeac, one of the most experienced animal trainers in France. Otherwise we faced a nightmare getting the wolves through Customs and quarantine in Canada.”

The crew braved temperatures of -13 degrees throughout the three-day shoot. They were also plagued with snowfall and bad light, but the result is rich in atmosphere and a real highlight for us this year.

Cannes Lions is always great fun, but hard work too. It’s the best chance for us to catch up with all our friends from the advertising industry.

There was also Lucky Dog for NZ Lotteries, which charts the epic journey of a lovable stranded pooch as it makes a transcontinental trip to return a winning lottery ticket to its master. The spot was one of many to film in India this year, but it’s the only time the country’s likely to be represented on the Croisette. 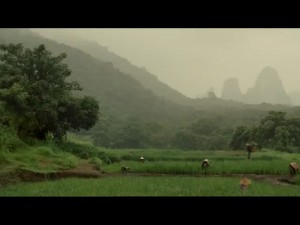 Jodphur and Jaisalmer in north-western India doubled for a collection of generic Asian locations, while Film City in Mumbai offered some paddy fields (right). Crew visas proved the major issue. Claire Kelly, a Producer with production company The Sweet Shop, said: “It takes around five weeks [to sort visas]; this definitely makes India a harder place to go with. There is a fair bit of inflexibility here and commercial filmmakers have to go in on journalists’ visas. This process can be pretty frustrating.”

We’ll of course have a strong presence at this year’s festival. The Location Guide’s Jean-Frédéric Garcia said: “Cannes Lions is always great fun, but hard work too. It’s the best chance for us to catch up with all our friends from the advertising industry. There have been lots of great commercials this year - funny and affecting.”

Looking ahead to the next 12 months in advertising, are we likely to see a continuation of smaller, humour-driven work? Or will there be a return to bigger, grander pieces looking to wow audiences with spectacular location work? Let us know what you think and we’ll see you in Cannes!