Written by Rowena Carr-Allison on Jul 19, 2011. Posted in On Location

On the Continental Divide: Filming Istanbul

The city straddles two continents and conjures images of a mythical city stuck in time. As I stepped off the plane I was disappointed to be greeted by the 21st Century, but my image of Istanbul wasn’t totally off: it was chaos. The first challenge was to secure a visa, which is necessary before entry, though it’s not made terribly clear. Unless you speak Turkish, that is. 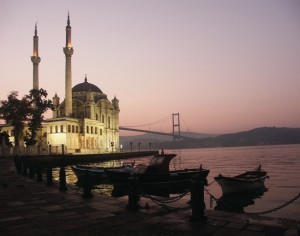 The traffic is insane and the city buzzes with energy from the tiny cobbled streets where the well-fed errant cats roam, to the chic streets lined with designer boutiques. The home of the Grand Bazaar and the Haghia Sophia, the former Eastern Orthodox church converted to a mosque in 1453 often dubbed the Eighth Wonder of the World is an assault on the senses.

I’m on a mission to find out about Istanbul as a filming location. My first contact, Tuba Guvelioglu, Executive Producer and Managing Director of Motion Films, has worked with clients from the US, Germany, France, Indonesia, India and recently Russia.

“We did an episode of The Bachelorette from ABC TV in the US and two episodes of The Martha Stewart Show, as well as Megafon and LG commercials from Russia.”

So what brings these international crews to Turkey? Tuba explains: “It’s great in terms of locations. We have four seasons, amazing beaches, mountains, different and unique locations such as Cappadocia and Pamukkale too. We have cities that can replicate Europe, Russia or the Middle East, so it's a one-stop-shop.”

We have four seasons, amazing beaches, mountains, different and unique locations such as Cappadocia and Pamukkale too. We have cities that can replicate Europe, Russia or the Middle East, so it's a one-stop-shop.

Nazlan Ozden from Pozitif Film Production flags up the importance of the mixed architecture, from the Ottoman houses on the Bosphorus to the modern shopping malls like the ultra sleek Kanyon. Then there’s the legendary Topkapi Palace, which has been a firm favourite since it featured in Bond movie From Russia With Love.

Paperwork isn’t much of an issue. Tuba adds: “The Government supports the film business. Although there is no legal incentive, when you apply for certain discounts they are very helpful.” 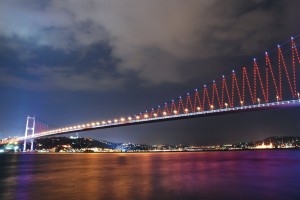 Both Tuba and Nazlan confirm the local expertise is top of the line. Tuba comments: “We have pretty much everything and if there is something missing, Europe is just around the corner! The main production hub is Istanbul so if you shoot anything anywhere else in Turkey you need to bring everything from Istanbul”

As for the city’s unique selling points, they have differing opinions. Nazlan puts it down to Istanbul’s Roman, Byzantium and Ottoman heritage, as well as the old and the modern existing side by side. Tuba says it’s about its location and locations: “Istanbul is very conveniently located. It’s a bridge between Europe and Asia with many different locations in one place: beaches, city life, a castle, mansions and amazing villas.”

I’m smitten by the heady, hectic cosmopolitan atmosphere and can’t remember the last time I came back so enthused by a city.

It’s no surprise the future of filming in the city looks bright. Tuba is enthusiastic: “The industry continues to grow in terms of local productions and foreign commercials and films being shot here.” Nazlan agrees: “It could easily be one of the best service location cities in the middle of Europe and Asia!”