Advertising agency BBDO Proximity in Dusseldorf is being pro-active in the quest for commercial production practices that generate less carbon dioxide. The agency’s new Carbon Film Quote has been spearheaded by Steffen Gentis and is being tested by German production companies. 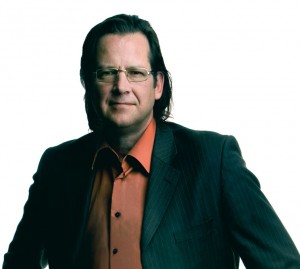 The Carbon Film Quote scheme is designed to identify how much carbon dioxide a specific TV commercial production is likely to generate, while providing options to clients about choices they could make to reduce their carbon footprint. Like most industries commercial production businesses in Germany are aware of the need to tackle climate change, while they’re also aware that reducing carbon footprints is frequently connected to reduced prices.

Commenting on the scheme, Gentis (left) said: “First we will guarantee the highest standards of quality while simultaneously cutting energy consumption. This is sustainable and efficient, and production companies, the agency and our clients will see that in the future this can be beneficial and profitable.”

Gentis has been thorough in developing the new programme. Initial research involved exploring the specific plans already developed by commercials industries in other European countries and in the US, and seeing whether any of these could inspire the creation of something similar in Germany.

A programme developed by Dadi van Eendenburg, a former Executive Producer, also became a major case study. Van Eendenburg’s Commercial Movie Calculator (CMC) works by taking all the major variables involved with the commercial production process and giving them predetermined carbon consumption values. These values are considered alongside an energy efficiency factor calculated using the source of energy being used and where in the world that energy is being consumed. The values can then be added together to give an idea of how much carbon dioxide a shoot is likely to generate.

This is sustainable and efficient, and production companies, the agency and our clients will see that in the future this can be beneficial and profitable.

Van Eendenburg commented: “BBDO Proximity’s groundbreaking idea of putting the CO2 footprint into the estimate stage, before the decision to produce has been made, can help reduce both the footprint and the costs.”

The Carbon Film Quote will expand on the CMC. Mobility, energy, heat and accommodation have been identified as being the main processes in commercial production that generate the most carbon dioxide. Travel is a major issue, owing to the high-carbon cost of travelling by car or by plane. Energy and heat are prevalent as well, related to the use of cameras and specialist equipment either in a studio setting or on location. Connected to this is the amount of carbon dioxide generated by providing accommodation for a crew working on location.

BBDO Proximity’s groundbreaking idea of putting the CO2 footprint into the estimate stage, before the decision to produce has been made, can help reduce both the footprint and the costs.

In assessing all these factors, the Carbon Film Quote aims to offer an estimate of a project’s ecological impact alongside the financial impact that is currently prioritised by the global commercials industry. The programme is being designed to take into account the estimated carbon cost of the pre-production, production and post-production stages of a commercial project. This information is then used to enable the client to factor in ecological considerations to their decision-making when it comes to considering pitches on new campaigns. The less expensive option may not be the most ecological.

The scheme is now in its test phase, with German production companies such as Studio Funk, Markenfilm and Twin Film experimenting with it to identify what works and what doesn’t, in order to refine the programme and make it more viable. A roundtable discussion will take place later this month to evaluate the findings so far and take the scheme to the next stage.