I’m in a speedboat on the North Sea a short distance from the Norwegian coast being chased by a helicopter. It’s been a few years since I last pretended to be in a Jerry Bruckheimer movie and I’ve got a big grin on my face.

I’m in Haugesund in south-west Norway for several action-packed hours of location scouting. It turns out Reinforced Inflatable Boats (RIBs) travel pretty fast on the open water. They call it wave-surfing as the boat skips from wave to wave, frequently ‘getting air’ (to steal some skater parlance) in between. It’s a bit like being on horseback, only this animal seems pretty angry and it’s travelling at 90 km per hour. We’re being filmed from the helicopter and the pilot smiles and waves.

By convincing more and more international producers to do their filming in Norway we open up the domestic industry to take part in the international marketplace. 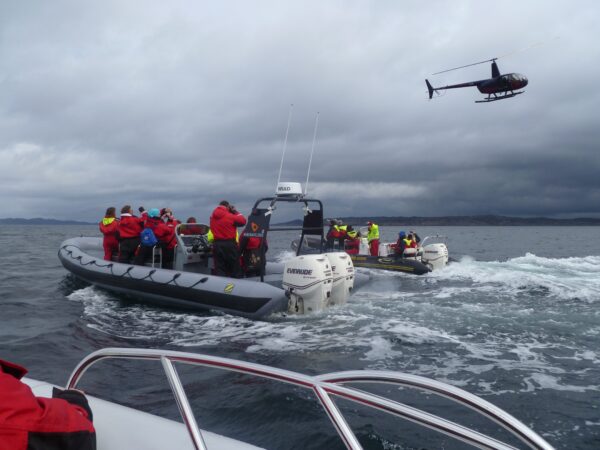 While RIBs are an exciting way to travel around the coastline, we take to the skies in a helicopter to view the region from 400 metres. We’re airborne only an hour or so after a torrential rainstorm, leaving pockets of mist over the hilltops and fjords as the bright sun shines down through the miraculously clear sky.

This is my second trip to Norway in six months (read about my first trip here) and the country is among the most awe-inspiring I’ve visited. Hamstrung by the lack of a national filming incentive, the Norwegians put a lot of effort into highlighting the visuals, the great food, the hugely hospitable locals and the quality infrastructure. Norway certainly has the means to stake a claim for itself as a production hub. What it needs now is the Government’s support to reward the hard work of its film commissions.