Basketball star Derrick Rose plays the bull in a new commercial showcasing his Adidas footwear. The spot shows the Chicago Bulls point guard dribbling through a bullring as he dodges a group of matadors before slam-dunking the ball and getting showered with with rose petals.

Filming took place at the historic Plaza de Toros de Las Ventas in Madrid, following scouting in Seville and Barcelona. The venue in eastern Madrid was inaugurated in 1931 and has seats for 25,000 people. Shooting took place over three days in August and the only significant change to the site itself was a basketball hoop installed on the wall.

We filmed at the height of the bullfighting season, the shoot days coincided with a Papal visit to Madrid and there was a major Bank Holiday, so it was basically the worst few days of the entire year to do it!

Kate Martin produced the spot for Twenty-Four Seven in Madrid: “We filmed at the height of the bullfighting season, the shoot days coincided with a Papal visit to Madrid and there was a major Bank Holiday, so it was basically the worst few days of the entire year to do it! There were road closures all around the ring and things kept changing as the Pope’s schedule in the city altered every half hour. 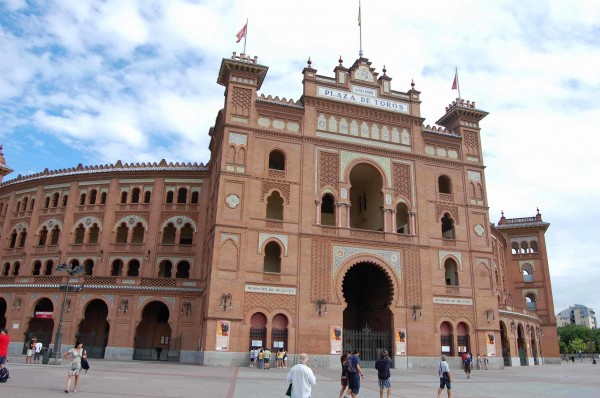 “Also, we’d been looking for aerial shots of the bullring, but the Pope’s visit resulted in closure of the local airspace so we had to get up high within the actual venue instead of filming from a helicopter.”

Inside the bullring itself the production team faced the bureaucracy of permits and permissions, as different organisations own the arena floor, the seating and the rooms inside. A lot of meetings were needed to secure the various areas for filming.

Two separate 35mm cameras were used – one a heavier, high-speed unit and the other lighter for handheld shots - as well as a Phantom. Together these helped capture the spot’s distinctive super slow-motion footage.