Written by Murray Ashton on Oct 13, 2011. Posted in Interviews

Eugenia fell into the locations business when she was asked to be a freelance Location Assistant in 2001. She then worked as a Production Assistant to build up her production experience, before returning to the world of locations with numerous TV and film projects.

Tell me about Buenos Aires 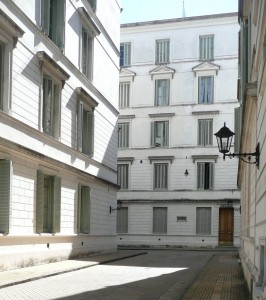 I usually work in Buenos Aires and its surroundings but I scout across the whole of Argentina. The advantage of shooting in Buenos Aires is the number of architectural styles in one place. Our ancestors were European immigrants who brought both their culture and architecture. You can find locations ranging from the classic European style to more modern New York looks, especially with the new construction initiatives in the Puerto Madero area. We have shot France at the beginning of the 19th Century, Spain and England.

This cultural mix is great for casting as there is a wide variety of ethnic groups in the city.

There is also a great variety of technical equipment available in Buenos Aires, as well as excellent crew and a wide range of rental houses and studios.

What locations are most commonly used by film and TV crews in Buenos Aires?

Downtown is the most filmed area. It's used both for TV commercials and international films. The majesty of its buildings makes it a regular movie set during weekends. 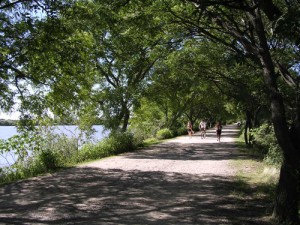 What are the more unusual locations that you wouldn’t necessarily associate with Buenos Aires?

The Rio de la Plata River runs parallel to the city. It is the widest river in the world (almost 30 miles). We have used it to fake ocean settings because you can get an undisturbed horizon. It is a difficult location to navigate because it is not a deep river and water levels can drop without warning.

The movie There Be Dragons, directed by Roland Joffe, was pretty big. It was shot in 2009. Locations required setting and most of them were public spaces. We did shifts during the day and at night to meet our timeframes. We didn’t just shoot in Buenos Aires City but also in its surroundings. We then travelled 340 miles to shoot in the 'Pyrenees'. As I was in charge of all locations for the project I had to manage a large team of people in different areas, but it was a great, wonderful experience.

What types of production do you work on and what has been filmed recently in Buenos Aires?

I generally work for both national and foreign movies. I also do commercials. There Be Dragons was a big project for me and the Italian project Terraribelle was pretty big as well. They were both period pieces so they allowed us to show off Argentina's professionalism. 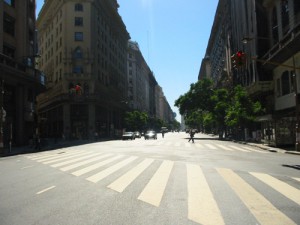 Argentina is a big country with many different landscapes: beaches, mountains, salt lakes, glaciers, waterfalls and deserts. They are all about one hour and a half or two hours away from Buenos Aires by plane.

Regarding the weather, winter in the city does not dip below freezing. In the summer, the temperature can reach 40 degrees.

The nearest airport from the city is Ezeiza (Ministro Pistarini Airport).

We have two kinds of hotels. The big five-star sites are luxurious but downtown, which is a little too far away from the area with all the production companies. The boutique hotels are right in the centre of the city near the production companies and are charming. Good exmaples are Faena, Sofitel and Park Hyatt for the first group, and the Vain, Ultra or Home for the second.

As for a wrap party, you can find whatever you want in Buenos Aires, from simple bars to huge nightclubs. Most importantly they are open every night of the week.

In my spare time I travel to the country or go to the Tigre Delta region, an unbelievably unique place and it's only 30 minutes from Buenos Aires by car. You can see houses on the banks of the little rivers, sail, row and enjoy a delicious barbecue at any of the restaurants “the island” offers.

If you have more time, the wine region in Mendoza could be a great option (1.5-hour flight from BA) or maybe the north area of the country near the Bolivian border where you can find great landscapes, wines and native communities.