Written by Murray Ashton on Oct 26, 2011. Posted in Interviews

Tom’s first sniff of the film industry was in the early 80s in California where he was studying at Cal State Fullerton. While hitchhiking he caught a ride with a guy who said he was a casting director who had just done a western called The Missouri Breaks with Jack Nicholson and Marlon Brando. 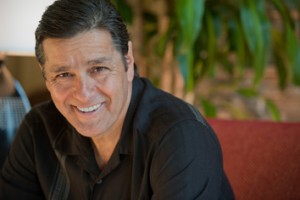 “Yeah right, I thought. Until he showed me an 8x10 picture of himself on a movie set flanked by those two guys and gave me his card, which I seem to recall was from 20th Century Fox. He invited me to the studio for an audition, dropped me off at my exit and drove out of sight, northbound towards Hollywood. After getting back to my apartment in the wee hours of the morning I looked at the card for a moment and then tore it up. I'm here to study, not chase rainbows, I said to myself.”

A moment later I’m escorting the Director, the crew, Eva Gabor and Roddy McDowell to the roof so they can film a scene with the Washington Monument in the background.

In the summer of 1985 while working as a maintenance mechanic in an office building on Pennsylvania Avenue in downtown DC just two blocks from the White House, Tom was again pulled towards the business. A film crew was given permission to shoot in the building and Tom was supposed to make sure they didn’t break anything.

“When the doors opened I was met by a crush of people, most of them wearing casual summer clothes, sandals and sunglasses, and cracking up among each other; a far cry from the serious corporate/lawyer crowd that I was used to seeing. The Location Manager came up to me, gave me his card and USD20, apologised for being late and asked if I had keys to get them on the roof...now!

"A moment later I'm escorting the Director, the crew, Eva Gabor and Roddy McDowell to the roof so they can film a scene with the Washington Monument in the background. I got them up there and they got their shot, even though they didn't have permission to be there so late, nor to go exactly where I took them.”

Three weeks later I was working as his assistant, driving Robert Wagner, his Producer Harry Thomason and team around Washington, showing them locations. I’ve been on the road taking pictures ever since.

The Location Manager thanked Tom several times and told him to "give him a call sometime" if he was ever interested in doing filmwork:

“I woke him up at his hotel room on Sunday morning: 'You told me to give you a call sometime and that time is now', I said. He agreed to meet with me on Monday afternoon at RFK stadium where they'd be filming. On Monday morning I gave my employer two weeks' notice, without any assurance of course of getting filmwork. Three weeks later I was working as his assistant, driving Robert Wagner, his Producer Harry Thomason and team around Washington, showing them locations. I've been on the road taking pictures ever since.”

Tom is now a freelance Location Manager and Scout based in Charlottesville, Virginia.

Tell me about the regions you cover.

Mainly Virginia, West Virginia, the South, mid-Atlantic states and New Mexico. I've also scouted extensively in the Carolinas, all over Florida, the Bahamas, Cayman Islands and (on my own dime) many return trips to Bolivia, Chile and Brasil.

I can't say I offer locations; I just go out and try and find the best ones. My only equipment is the camera, notebook, pen and computer I carry.

West Virginia covers a wide span with its eastern edge being only one or two hours from Washington, DC. In fact, Harpers Ferry (pictured above), a well-preserved, Civil War-era town is just 40 minutes from Dulles airport. The western areas of the state border on the Ohio River are within reasonable distance of Pittsburgh.

The state has a growing crew and talent pool but most productions bring in everything they need. West Virginia is sort of like where New Mexico was ten years ago. As the word gets out and more productions come in I fully expect to see more permanent residencies and more production services becoming available.

What locations are most commonly used by film and TV crews in West Virginia?

Contrary to some people's perception of the Mountain State, West Viriginia isn't just coal mining. Practically the entire eastern half of the state is pristine, protected within national and state forests. It's also very rural with a patchwork of fields, small farms and historic towns. Then there's the New River Gorge (pictured above), the Shenandoah Valley and the Potomac Highlands.  There are other 'signature locations' such as a Taj Mahal setting, a prison and a river on demand - not too many states can offer those kinds of choices.

What are the more unusual locations that you wouldn’t necessarily associate with West Virginia?

Canaan Valley State Park for a car commercial that was supposed to be the Black Forest in Germany, an upscale subdivision in Charles Town for Evan Almighty that was supposed to be in the Washington, DC, suburbs, a farm near Martinsburg that was going to be the Shiloh Civil War battlefield down in Tennessee, the top of Spruce Knob to play as a wilderness in northern Quebec, state capitol corridors and grounds to play as The Capitol in Washington, DC, and 'the bunker' in White Sulpher Springs as the Pentagon.

Get off the ridiculous 'half-hour from town' mindset and do it more like David Lean or John Ford. Go out and capture wonderful settings, stay in cheaper motels; even camp out since you gotta be there at sunrise anyway.

Finding a 1600s Chesapeake Bay setting in tropical Florida. We needed a grassy field beside a wide river where we could build the Jamestown Settlement. We found several areas in the Ocala National Forest near Gainesville and Ocala that were an excellent match, mostly pine.

Depends on the economy. In the 90s I did many a car commercial year in, year out. I have always done feature films, and also print work on occasion. For the last few years I've been lucky to have had many assignments on various movies, including Spielberg's Lincoln, Clint Eastwood's J Edgar and M. Night Shyamalan's Earth A.E.

Get off the ridiculous 'half-hour from town' mindset and do it more like David Lean or John Ford. Go out and capture wonderful settings, stay in cheaper motels; even camp out since you gotta be there at sunrise anyway. Most places in West Virginia are less than one hour from some kind of accommodation and services.

West Virginians are very trusting and accommodating, they offer down-home hospitality and are happy to help. I've scouted more than one property where I had to persuade the owner to accept a location fee. And if there's a problem anytime, just call the Governor.

There's plenty of connecting flights from the capital (Charleston) to the big hubs in the region, like Dulles, Charlotte and Pittsburgh. In the northeast panhandle area you're just one hour from Dulles and a two-hour drive from downtown Washington, DC. There are no unfriendly freight agents in WV.

The Greenbrier in White Sulpher Springs and for letting your hair down there's the Sunset Lounge on Highway 46 in Fort Ashby.

Generally USD1 million minimum and USD2 million aggregate per incident for most state and municipalities. Most film productions I've worked on, whether film or TV, have had USD5 million policies.

I have many interests. I work as an actor and model, I do my own photography and I just self-published a travel book. Far from the maddening crowd you can check out white-water rafting on the Gauley River or New River Gorge, or spend a few days deep in the Dolly Sods Wilderness Area; hence the often-quoted phrase, "Wild, Wonderful West Virginia!"