Written by Gerry Cott on Oct 20, 2011. Posted in Contributors

Filming on location with animals

Sometimes working on location can be challenging enough, even without the animals. However, most of the Location Managers with whom I've worked over the years know the score. They know what's important from the animal handler's/wrangler's perspective and just as importantly from the animals' perspective.

If they don't, it's part of my job or any animal handler to brief them as to what will make the filming experience with the animals on location as sensible and therefore as easy for the Director as possible. So an early conversation between the animal handler, the production office and the Location Manager to make sure everybody is working off the same page can save a lot of hassle for all concerned.

The Production Designer, in his enthusiasm, chose a cliff-top location with a 200+ foot sheer drop overlooking the Irish Sea. 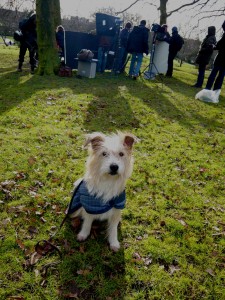 Whether the location is Black Park just down the road from Pinewood Studios, Soho Square in London W1 or a forest in Ukraine, each location will have its own particular considerations with respect to the animal or animals on site.

A few years ago I was asked to set up a scene in Ireland with a herd of 30 black and white cattle surrounding the actress Amy Adams. The Production Designer, in his enthusiasm, chose a cliff-top location with a 200+ foot sheer drop overlooking the Irish Sea.

As it was I who was writing the risk assessment for the studio in LA as to how to keep their star safe and sound, I ventured to suggest that the location was plainly dangerous and not fit for purpose.

I have worked with many different species on location over the years and certainly a one-size-fits-all approach does not work.

The designer subsequently found another excellent location where it was safe and practicable to place an A-lister amongst a herd of cattle. A key consideration is that the location be safe, practicable and fit for purpose with respect to the animals and the action being filmed.

Working with animals on location is a very general concept, so lets narrow it down a little. What animal or animals are we talking about specifically? Each will have their own characteristics and requirements. 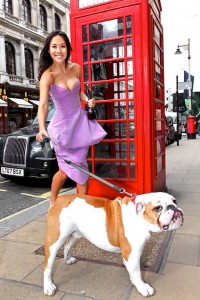 I have worked with many different species on location over the years and certainly a one-size-fits-all approach does not work. From a Hollywood feature using a herd of 30 cattle on a mountainside in County Wicklow, Ireland, to an indie film with a dog on the Strand in London scavenging through bin liners, and Russian TV commercial showing a squirrel running up a tree in a beautiful forest in Ukraine. Each has its own scale of production, challenges and logistics on the ground. So maybe it's time for a check list.

Assuming the animal provider/handler/wrangler takes expert care of all the travel arrangements and normal on-site accommodation, the following has to be paramount in the production's mind with respect to the animals.

1 Good, sensible, safe access to the location and set is essential for the animals;

2 The vehicles in which the animals travel and perhaps are accommodated during down-time should be considered as technical vehicles, the same as camera cars, generators and so on;

3 Such vehicles will in many cases be safely parked directly adjacent to the location set;

4 All animal transportation regulations have to be adhered to in addition to all Defra (Ministry of Agriculture) regulations. This will be equally important if working on location overseas.

I believe that I am the only person to have provided and supervised 50 head of cattle on A Stage at Shepperton studios.

I believe I am the only person to have provided and supervised 50 head of cattle on A Stage at Shepperton Studios. In order to achieve such a feat we had to bring in the cattle a couple of days in advance of the shoot and settle them in, in a field adjacent to the studios. Then on the shoot day we walked them in as a herd very gently through the car park and safely into a custom-made corralling system on the stage. Although a studio-based shoot, because of the particular logistics involved I treated the project as a location shoot.

As with almost everything in production, working with animals on location is about sound and comprehensive pre-production. The earlier that process begins, the better it will be for all concerned.