A worthy story hiding behind a B-movie heading, Machine Gun Preacher filmed partly on location in South Africa, doubling the country for what was then southern Sudan. It tells the true story of Sam Childers, a reformed US biker who spent years in Africa crusading for child soldiers in Sudan.

Filming for the project was split between Michigan for the US-set scenes and around Johannesburg in South Africa. Craig Chapman was a producer on the shoot: “The production filmed outside ‘Jo-berg’. This site was chosen because it was an area of the country that looked closest to the landscape of southern Sudan. It also represented the high population of Sudanese people in the country (Johannesburg), for actor authenticity.

The production filmed outside ‘Joburg’. This site was chosen because it was an area of the country that looked closest to the landscape of southern Sudan.

“We also shot a lot of the film in Michigan and doubled it for Pennsylvania. We considered many different locations and at one point looked into northern Africa but South Africa was chosen based on the fact that it looked most like Sudan (in the area we shot), had world-class crews and was the safest place to shoot.”

Sudan itself is one of the more volatile regions of East Africa as it’s been ravaged by civil war for decades and in fact divided this summer into North and South Sudan. Michigan was chosen as a double for Pennsylvania because of the generous filming incentives it offered at the time, although the film fund has now been drastically reduced. 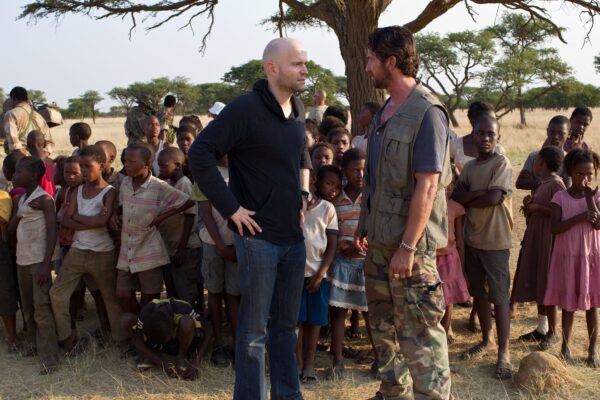 Genevieve Hofmeyr, a South African producer, worked on the film for servicing company Moonlighting: “We were filming on farmland outside Johannesburg and we built an orphanage set out there as well. We were firing guns all night and the locals were very accommodating about that. Of course we had a lot of children on set too and many of them had to handle weapons, so we had to be very careful about how that was organised.”

Gary Safady was another producer on the project: “I would definitely consider hiring an experienced crew and making sure all logistical elements for your production can be fulfilled. While one place may be the most suitable for your production, the lack of production services and equipment may prevent you from shooting there.”

Machine Gun Preacher is in the midst of a staggered global release.