Written by Murray Ashton on Nov 9, 2011. Posted in Interviews

Kip is a Location Manager and Scout originally from New York City but now, because of the scent of a red-haired woman who went missing years ago, is based in York Harbor, Maine. He works on projects all over the USA but keeps returning to Maine because of the character of its people and its remarkable beauty: “This place has a magic to it.” 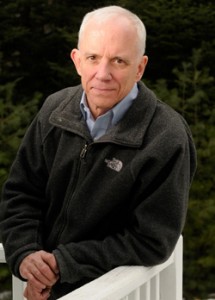 Kip has worked on numerous productions including films such as The Crucible, Amistad and The Preacher’s Wife.

Tell me about Maine.

Maine is the largest of the New England states. It borders New Hampshire to the west and at its southernmost tip is only 55 miles from Boston. To the north it hugs two Canadian provinces – New Brunswick and French-speaking Québec.

Maine has a dedicated crew base, many of whom have worked on everything from big-budget features, like Warner Brothers’ Message in a Bottle and HBO's Empire Falls, to national commercials, TV shows and world-class low-budget features such as 40 West, which made its European premiere at the Lucerne International Film Festival in October.

Equipment not available locally can be trucked in from Boston. In Portland, Maine's largest city, workers are turning a once forlorn armoury into the Fore River Sound Stage that will, once completed, the owners report, serve as the state's first cutting-edge sound stage and production facility. 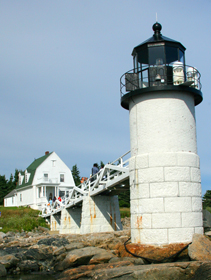 What locations are most commonly used by film and TV crews when they film in Maine?

I'd say that most producers of features, TV shows and commercial projects are drawn to Maine's coast with its famous lobsters, lighthouses and rugged cliffs.

But Maine's Atlantic coastline is not the only reason directors want to shoot here. Portland, with its cobblestone alleys, commercial fishing piers and hip urban centre, provides ample locations for all sorts of projects. I once took one Portland neighbourhood and doubled it for Chicago for a picture starring Mel Gibson.

What are the more unusual locations that our readers would not associate with Maine?

With its rolling farmland, parts of Maine's northernmost Aroostock County looks more like something out of the American mid-West. In Maine's western counties you'll discover dense forests, mountains and grand clear lakes.

The state is also filled with small villages and mill towns that look and feel like something out of America in the early 20th Century. What's most remarkable about this state are the people who live here. Maine is film-friendly and filled with folks who do whatever they can to help. There is a strength of character to the people of Maine and it shows through in everything that happens here.

One good thing about working in Maine is that you don’t get permitted to death. Maine’s small towns and cities will welcome you here.

I worked on a feature project with a director who liked to keep his options open. I had 36 locations that my staff and I had to have ready for camera at a moment's notice. There were some days when I didn't know where we would be shooting until the call sheet arrived under the door in my hotel room. That said, we never missed a day of production and came in under-budget; don't ask me how.

The type of projects seems to shift from year to year. Recently, I've noticed an increase in low-budget features and reality shows shooting in Maine.

Many in Maine state Government are working to increase the value of the production incentives that are in place here. Once those incentives increase, (and I have every reason to think that they will), more big-budget features will be drawn to the state.

I would urge anyone thinking about shooting in Maine to contact the Maine Film Office. One good thing about working in Maine is that you don't get permitted to death. Maine's small towns and cities will welcome you here.

Which are the best airports to use to film in Maine and who flies there?

Most crews from the UK and Europe arrive in the United States via Boston (BOS) and then take connecting flights to Portland (PWM) or Bangor (BGR). More than 70 airlines serve New York's JFK. Jet Blue airlines offers several 75-minute flights a day from JKF to the newly-expanded Portland (PWM) Jetport. 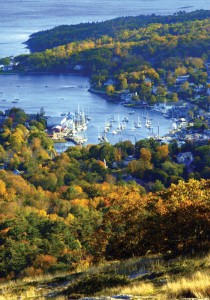 Most hotels here (even the smallest of the lot) now have internet access, but you will be hard-pressed to find a hotel (even in Portland) offering 24-hour room service. But with that said, most hotel and motel owners will work really hard to keep you happy while you're in Maine.

If I were planning a wrap party I would consider either a lobster bake on a Maine coastal island, many of which can be found just outside Portland harbour. Maine likes its pint and is noted for a variety of great local beer, found only here in Maine.

I never work a location without a completed certificate of insurance. I would suggest that producers check with their insurance agents to inquire if their liability insurance will cover them whilst in the United States.

Can you let us know roughly what location fees are in Maine?

One good thing about shooting in Maine is that people do not greet you with their palm outstretched. People here are very reasonable and will be happy to work with you. In Maine the location rate for a feature seems to be around USD1,000 a day and half that for a television project. Build and strike rates tend to run at 50% of the location rate.

The most I've ever paid for a location here is USD5,000 a day and that was for a grand and well-appointed joint on the water.

When you are not location scouting or shooting what do you do when you have time off and what would you recommend film crew and cast to do to relax in Maine?

Maine calls itself ‘Vacation Land’ for good reason. There is lots to do and I am never uninterested by that which surrounds me. If you come this way, I promise to fill you with Maine lobster and a few pints of Maine brewed beer. That's not such a bad deal, now is it?