Written by Murray Ashton on Nov 22, 2011. Posted in Interviews

Paul moved from Überlingen to Stuttgart in 2001 to study at the Ludwigsburg Film Academy and got his first break as a Location Scout on a local TV feature. 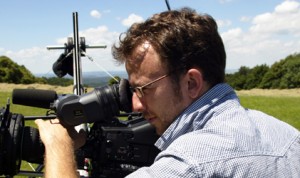 "I fell in love with the challenge of finding the location the Production Designer hadn’t even dreamed of."

Today he is well known among the local Production Designers and Producers. Paul is still based in the Stuttgart area and works as a Director and Location Scout: "I still find it challenging and fascinating."

I’m an expert on the south-west of Germany. Our urban locations are regularly used, but in my opinion the region also offers a lot of great rural locations. The Black Forest, for example, offers everything from fairytale waterfalls and lost romantic mills to wild, dark woods. On the Schwäbische Alb' you can find desert-like rock formations. When you go further south it feels like Italy or the Riviera coast, especially when you’re sitting in one of the cafés on the waterfront of Lake Constance.

One time I had to find a double for the Alps. I found the perfect location on the Schwäbische Alb’.

The filming infrastructure in the south-west of Germany is growing rapidly and the youth scene at the Filmakademie always has its finger on the pulse and attracts filmmakers from all over the country. 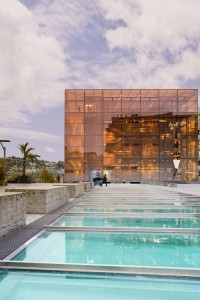 Production companies come because of the bigger cities like Stuttgart and Mannheim, or for the very romantic cities like Heidelberg, Tübingen, Freiburg or Schwäbisch Hall.

The many castles and monuments are also very popular for national and international shoots. Our natural landscapes are the third biggest pull for the region.

One time I had to find a double for the Alps. I found the perfect location on the Schwäbische Alb’.

The other day I needed a rundown ballroom. This was reallly something very unusual for the region because of the so-called Suabian mentality; everything is kept nice and clean so rundown houses are usually taken care of after a short while! It’s a very wealthy region and people are quite engaged in keeping their buildings in good shape.

They may seem unwilling to help at first, but after a short while you find yourself sitting in their kitchen listening to their life stories over a bottle of wine.

As a Director my great passion is documentary, but as a Location Scout I mostly work on features and TV movies. One of the last big films I scouted for was Jesus Loves Me, directed and written by Florian David Fitz, and produced by UFA Cinema.

Come here if you want to meet special and genuine people. They may seem unwilling to help at first, but after a short while you find yourself sitting in their kitchen listening to their life stories over a bottle of wine. These are the great moments I wouldn’t miss for the world! 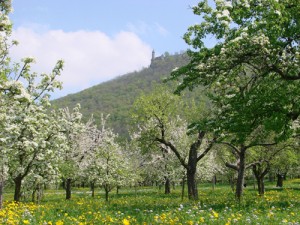 The best airport is Stuttgart Airport because it is right in the heart of the region. There are also some smaller airports like the one in Friedrichshafen at Lake Constance, or the one in Baden-Baden. These give you easy access to the region.

The big international airports are in Frankfurt and Zürich.

Stuttgart offers a lot of great and friendly hotels. It is hard to choose one – it is quite a touristic region, so there are many possibilities. It depends what you are looking for.

First of all you have to taste the wine. This is a famous German wine region. Go out for dinner. The region also offers sensational home cooking almost everywhere. If you like to be pampered visit Baden-Baden and bathe in one of the traditional Thermes.