Nancy Haecker is Location Manager on hit TV show House MD. This year she won a gong for Location Manager of the Year in episodic TV at the 2011 California On-Location Awards, organised by Film Liaisons in California, Statewide, and Film LA. TLG caught up with her to discuss her trade.

Nancy, congratulations on your COLA award!

Do you think Location Managers get the attention they really deserve at the moment?

Hell, no. People don't understand what we do so we don't get the credit or accolades for either our artistic contribution or managerial contribution to production. What is not understood is not recognised.

Location Managers work with the Director and Production Designer to create a vision for the film and we work alongside the producers to bring all aspects of location filming together and possible.

However, Location Managers are getting more recognition as of late with the help of FLICS, the LMGA, The Location Guide, MP3 and many others. At this year’s COLAs, one of the creators of House, Katie Jacobs, our Production Designer Jeremy Cassells, and our producers, Gerrit van der Meer and Marcy Kaplan, were in attendance because they appreciate and support the work that we do.

How did you become a Location Manager? Was it always your ambition to break into this specific part of the industry?

I fell into the job. I had no idea what or who a Location Manager was, but I had an interest in telling stories and a passion for travel, geography and exploration. When I heard that a movie was coming to town (to Tucson, Arizona) I tracked down the lone film representative - the Location Scout - and asked for a job: he gave me one. I set out expecting to write but ended up telling stories by finding the landscape in which the story lives.

Was there a specific job that gave you your big break? 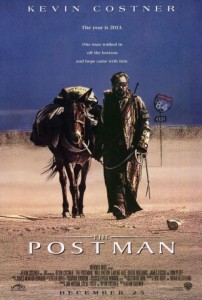 The Postman (directed by and starring Kevin Costner, and released in 1997). For the time, the budget and scope of The Postman was huge. The film had been in development for years and took about a year to shoot. It was set in a post-apocalyptic world so most of the scenes were scripted for the outdoors. The film is shot like a Western with lots of wide, sweeping landscapes.

The exterior sets were huge and the 'builds' were massive. Opening the story is a prison set built in the bowl of a gigantic copper mine pit in Arizona and closing the story is an entire town built on the downriver side of a live dam in Washington State.

Production travelled with the main character for nine months and a thousand miles across the western United States. To get your first locations job on a film of that size, covering that much real estate was like winning the lottery; it provided a wealth of experience and opportunities.

You’ve been working on House for several years now – what’s it like being involved with such a successful project and does its success make your job any easier?

Yes and no. The success and excellence of House makes my job easier due to the familiarity and support of the show in-house and out in the community, the budget I’m allowed, clear direction and our track record working locations throughout Los Angeles. However, instead of 'resting on its laurels' after seven successful seasons, the House team pushes to do better and to be better each season so the bar is raised; each year expectations are greater than the season before. 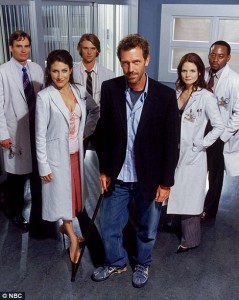 How does a Location Manager go about ‘raising the bar’ every season on an established TV show?

Our budget has been cut and yet expectations have not. There is a great responsibility in television to 'make your day', so most television companies do not want to travel far or travel between locations. Finding New Jersey on the 'west side' and getting inventive by providing several different looks or locations at a single address takes a lot of scouring, scouting and a very good eye.

Keeping our off-lot locations close to Fox, we often shoot in the same neighbourhood from one episode to the next. You might think that by developing relationships with neighbourhoods it becomes easier to film there but that is not always true; the more impact you have the more care and attention you must give and that can be exhausting.

What have been your most memorable career experiences as a Location Manager?

The friendships I’ve developed on a long-running show such as House and the opportunity to explore wild and scenic places on films like Into The Wild (written and directed by Sean Penn in 2007).

Are there any locations in your region that you feel are under-used and deserve more on-screen exposure?

Most productions filming in Los Angeles prefer to stay within the 30-mile zone, but just outside the zone the City of Ventura, Santa Paula, Seal Beach, Oxnard, Ojai, The Inland Empire and Palm Springs (to name a few) offer some distinct looks.

Thanks very much Nancy!