There’s no shortage of alien invasion thrillers right now, but The Darkest Hour stands out due to its Moscow locations. Telling the story of a group of young Americans stranded in the Russian capital during a global alien invasion, the production faced real bushfires during the shoot.

Filming took in a series of central Moscow landmarks. These included Red Square and the adjacent GUM department store, the Cathedral of Christ the Saviour near the Kremlin, the world-renowned Stalinist Mayakovskaya Metro station and the Garden Ring, an enormous ring-road around the city centre that has a staggering 18 lanes at its widest point.

We wanted to show the beauty and richness of Moscow's atmosphere: the synthesis of the communist look with booming business growth, authentic buildings and contemporary high-tech architecture.

Iva Stomilova co-produced the film for Moscow-based servicing company Bazelevs: “Moscow has a lot to offer. We knew it was our unique offer to the audience and we wanted to show the beauty and richness of its atmosphere: the synthesis of the communist look with booming business growth, authentic buildings and contemporary high-tech architecture. We viewed our task as presenting Moscow at a never-before-explored epic angle.” 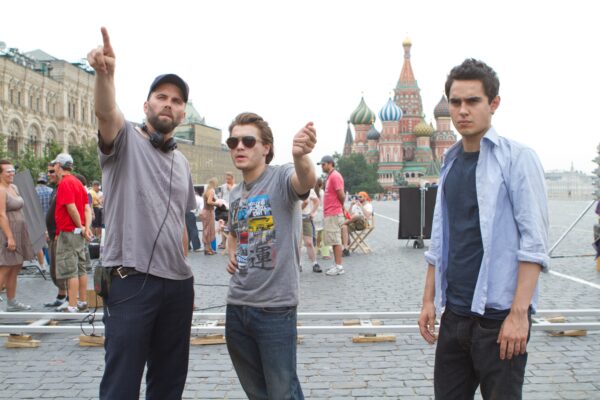 One technical challenge came in blending the relatively formal Hollywood style of filmmaking with a more rough-and-ready guerrilla style that the Russian crew were more used to. Filming permits came from local police precincts and the Mayor’s Office, although getting the necessary legal documentation needed by the American production companies from Russian sub-contractors proved an added complication, given the Russian inclination to avoid unnecessary paperwork.

A mix of physical set dressing and CGI was used to create the apocalyptic cityscape. Stromilova states: “We had a great multi-national art department that worked on creating a live apocalyptic look of a deserted Moscow based on the artwork that we had developed at an early production stage, and which has inspired us since. A great team of CG artists from various countries has helped to implement the finishing of the picture.”

Moscow was affected by severe smog as a result of wild bushfires outside the city and filming on The Darkest Hour had to be put on a two-month hiatus.

Wild bushfires caught everyone by surprise when they coincided with the shoot in August 2010. The fires swept through more than 480,000 acres of land in seven Russian regions, making headlines around the world as they were tackled by over 160,000 fire fighters and help arrived from Italy, Ukraine and Belarus. Moscow was affected by severe smog as a result of fires outside the city and filming on The Darkest Hour had to be put on a two-month hiatus.

Stromilova concluded: “Keep in mind the differences in the state and production systems and be open for options and have your back-up plan while taking decisions. Choose the right partner for clearing locations and spare enough time for it, for there are lots of surprises that come along location filming in Russia - be ready and you will win!”

The Darkest Hour will have a staggered global cinema release from mid-December 2011.