Written by Murray Ashton on Dec 5, 2011. Posted in Interviews

Filming in Tenerife with the film commission’s Concha Diaz

Concha has been enthusiastically co-ordinating the Tenerife Film Commission since summer 2005 when she returned to her native Canary Island after spending ten years abroad studying and working in the media.“It is a wonderful and demanding job where I am always learning something new.” 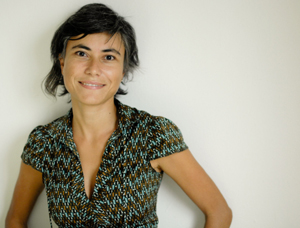 Tell me about Tenerife.

In Tenerife you can shoot outdoors all year round, thanks to the spring-like climate, and in a wide variety of unexpected locations.

Situated about 300 km from Africa in the Atlantic Ocean, Tenerife is a great location with 3,000 hours of sunshine a year. Over its 2,034 square kilometres there is a huge variety of landscapes, from stunning volcanic locations to modern architecture, from sub-tropical forests to Spanish colonial architecture, from white sandy beaches to pine forests. It is incredible how you can completely change your set in less than an hour’s drive.

There are very professional local production service companies and experienced crews too. The Tenerife Film Commission can help you with details.

You can find Red One cameras and most usual equipment.

In my experience Producers decide to make the most of the island and shoot in a combination of locations. I think that the most common combination would be the Teide National Park - volcanic and desert locations - plus a beach, an ancient harbour, forest or colonial-style village.

I must stress that Tenerife is not just sun and sand.

What are the locations that our readers would not associate with Tenerife?

Maybe a modern location like the impressive Auditorio de Tenerife by the sea or the Magma Congress building. I must stress that Tenerife is not just sun and sand.

Definitely Clash of the Titans in 2009. This was the most difficult and challenging project I have ever worked on in Tenerife. It was a great example of co-ordination between Robin Higgs and Kevin de la Noy from Warner, and our institutions working together and negotiating. They did the sequel this year with Clash of the Titans II, shooting for five weeks in Tenerife (longer than the first time) and with a bigger budget than in 2009.

In terms of productions we really have a big demand for photo shoots, especially from Germany, followed by commercials from mainland Spain or the UK. Every year we are hosting more features. In 2011 we had Warner’s Clash of the Titans II, Paco Arango’s Maktub from Spain and the Serbian Montevideo 1930, que Dios te bendiga.

Don’t forget your sun protection! It is possible to shoot outdoors under the sun 365 days a year in Tenerife. It is easy for foreign crews to shoot here as we are European with the standards that every one expects (medical services, safety, etc.).

It’s great for filmmaking as there are special tax incentives if you are thinking of opening a new company or a Tenerife branch.

Nearly half of the island is protected so remember to be environmentally aware. Tenerife is really film-friendly. Just be sure to get all the permits at least ten days in advance.

It’s great for filmmaking as there are special tax incentives and if you are thinking of opening a new company or a Tenerife branch, with the special  ZEC programme instead of paying 25% Company Tax you only pay 4%.

Which are the best airports to use to film in Tenerife and who flies there?

We have two international airports: Tenerife South and Tenerife North. We have many daily flights to main European cities and both airports can be used as locations! Regarding customs: we are part of the European Union, but we do not have VAT because we enjoy our own Special Tax System, so you will need your ATA Carnet ready for your equipment.

What are the most film-crew-friendly hotels in Tenerife?

We have two film-friendly hotels listed in our Tenerife Film Commission professional directory: Hotel Taburiente is a modern urban hotel and their meeting rooms can be used for casting, production offices, etc. Hotel Botánico is a select five-star hotel that provides superb service for the most demanding actor or crew.

You could stage a wrap party on a private terrace in these hotels so the crew won’t get lost!! Outstanding venues include in the middle of a banana plantation, in a old XVII Century Canarian house or the most trendy chill-out pub on the island.

What do you do when you have time off and what would you recommend film crew and cast to do to relax?

I love trekking! There are exciting footpaths peppered with tiny restaurants where you can eat a delicious fish. I love vieja (parrot fish) with papas arrugadas and mojo - the most typical Canarian food.

I would also recommend you hire a boat to see the whales and dolphins near our coast - over 300 pilot whales live here all year round.

If you had not worked for the Tenerife Film Commission what would you have done instead?

Wishing all day long I could work for the Film Commission! To be honest, I think I would like to work as a film project developer, so this job is great for me because every day I help with a different production.