Written by Murray Ashton on Dec 8, 2011. Posted in Interviews

Camilla is the Northwest Territories' newly appointed Associate Film Commissioner. She has been working with the Film Commission since 2007 but has now taken on the role full time. As a third generation Northerner promoting her territory, which is also referred to as the Land of the Midnight Sun, comes as second nature. 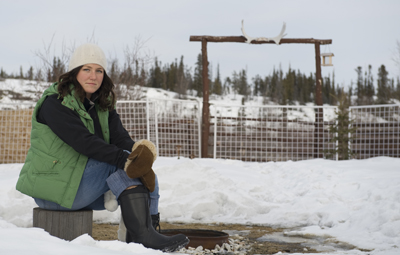 The Northwest Territories (NWT) is one of the three territories located in northern Canada. It is 1.17 million square kilometres, which is larger than France, Germany, Switzerland, Belgium and the Netherlands combined!

NWT is made up of 33 communities and offers the filmmaker mountains, unique wildlife, pristine lakes, forests, arctic coastline and tundra threaded with clean rivers. It is also home to a culturally diverse population of 43,000 residents, 21,000 of whom live in the capital city, Yellowknife.

The film and media arts industry in NWT is small but vibrant with lots of potential. There are a number of experienced television and film professionals available to offer their services and expertise to visiting production companies.

1,400 pingos dot the coastline near Tuktoyaktuk. The largest is 16 stories high.

What locations are most commonly used by film and TV crews when they film in your region?

Our natural settings are the most commonly used locations. Most productions are focussed on lifestyle, industry, wildlife, history and environment.

The successful docu-series Ice Road Truckers was filmed in the NWT. It showcased the lives of truckers who haul supplies to diamond mines and other remote locations over frozen lakes. This was simply filmed in our backyard.

Another popular docu-reality series is Ice Pilots. It's about Buffalo Airways, an airline based in Yellowknife. Buffalo flies World War II-era propeller planes year-round in the Canadian North. Footage has been shot in many of the communities. And of course the majority of filming takes place in our skies.

What are the rare, more unusual locations that our readers would not necessarily associate with the region?

1,400 pingos (unusual ice-cored hills) dot the coastline near Tuktoyaktuk. The largest is 16 stories high. Besides acting as landmarks and lookout points, pingos have been used as natural freezers in the warm summer months.

The award-winning Tropicana commercial for Brighter Mornings for Brighter Days campaign was filmed in Inuvik  in 2010.

The Salt Plains are a unique combination of geology, plants, wildlife and climate. Located 25 km west of Fort Smith on the flat, salt-encrusted landscape they cover 370 square kilometres. In some places you can find brilliant white salt mounds up to one metre in height. 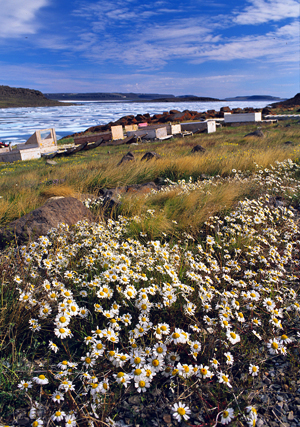 What has been filmed recently in your region?

Discovery Channel's Mighty Ships documentary series used the NWT arctic region as the location for its third series. This was produced by Exploration Production Inc.

Currently CBC is filming a new television adventure drama series called Arctic Air, which is about a small airline set in Yellowknife and a group of renegade pilots who fly small bush planes and huge World War II prop-planes on daily missions in the North. It stars Adam Beach, Pascale Hutton and Kevin McNulty, and is produced by Omni Productions Ltd.

NWT is referred to as 'the Land of the Midnight Sun’, so with 24-hour daylight in the summer throughout much of NWT and low precipitation, shooting days can literally be endless.

In the winter months days become short. In fact in some communities the sun does not rise at all. Temperatures can also average a brisk minus 40 Degrees Celsius and beyond.

If a production is thinking about filming in the winter it is crucial that their equipment is suitable to withstand these temperatures. I would recommend speaking with local skilled professionals for advice.

Weather can be unpredictable in the winter the further north you go, which can result in long layovers and limited flights.

There are hospitals and nursing stations in each of our communities. 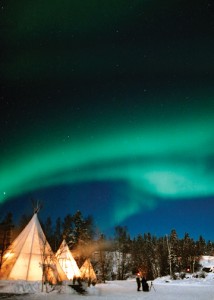 There are flights from Ottawa, Ontario, several times a week crossing the Canadian Arctic. Direct flights from Vancouver, British Columbia, operate during the winter season.

From Yellowknife passengers can travel to other areas of the NWT via regional airline carriers, including small aircraft that can take you to remote regions.

You’ll find well over 80 hotels, motels and bed-and-breakfast accommodation across 33 NWT communities. In addition there are some 50 wilderness lodges and camps in unique locations across the land.

Accommodation in our communities varies widely, from mid-sized hotels with over 100 rooms, a restaurant and bar, to a bed and breakfast with one or two rooms. In the smallest communities there may not be a restaurant, but the local store will offer fast or frozen food and a limited selection of fresh vegetables.

Don’t forget to look up so that you can enjoy the world’s best northern lights, which dance overhead from August to April.

Hotels, motels and apartment suites will have telephones, coffee makers and possibly a microwave. Some offer fully equipped kitchens. Room service is not common. Most hotels have satellite TV service and many will have either wireless or wired internet connections. If you require internet service it is wise to check with the hotel or bed and breakfast.

In some communities, alcohol is restricted or totally banned.

In order to film on Government property or buildings, or within city or community limits, a certificate of insurance is required for no less than CAD2 million. Additional insurance may be requested depending on activity or location.

If a location falls on traditional land the local band office must be contacted for permission to film on the land. The NWT Film Commission office can help facilitate this. 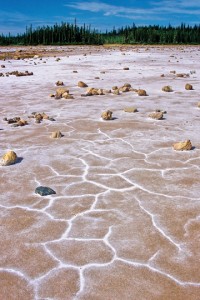 Each community has its own charm. Play in our backyard by going for a hike, boat ride or dog sled. Dine out and sample traditional northern fair or innovative cuisine at our many food establishments.

Also, keep your eyes open for community events. People in the north have a rich culture and love to get together and celebrate. Festivals and events are always a good way to experience a place and our friendly locals are very hospitable and love to show visitors a good time.

And don’t forget to look up so that you can enjoy the world’s best northern lights, which dance overhead from August to April.

The NWT Film Commission can provide information on tour companies, festivals and events.