Arie Bohrer is Film Commissioner at Location Austria in Vienna, and is also President of the European Film Commissions Network. The EUFCN became operational in 2007 and now represents 80 film commissions from 24 European countries. 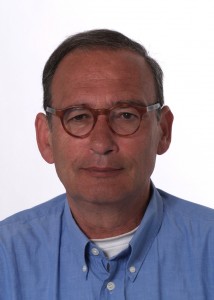 Arie, firstly how’s the filming industry in Austria? Has it been a good 2011?

Yes, it’s been a good year. We’ve hosted a lot of feature productions, mainly from Germany, Switzerland, the UK and Italy, while commercial projects have been coming in from all over the world.

Austria doesn’t have the same industry profile as some of its Eastern European neighbours. Are there plans to change this?

Well, many of our neighbours outside the eurozone offer better filming incentives and have had more favourable exchange rates in recent years. They’ve also got established studio facilities. Austria has schemes including Film Location Austria that enables filmmakers to get back up to 25% of eligible production expenses when the project is an Austrian co-production. We’re also working on a rebate for 2013.

Do productions coming to Austria tend to come for the same locations?

Yes, the mountain landscapes on offer in Austria are very popular and it’s a mix of projects set here and using the scenery to double for other parts of the world. This is one aspect where we have an edge over our Eastern European competition because we offer five-star infrastructure, often right next to landscapes that look untouched. That’s less likely to be the case in other countries.

Let’s talk about the European Film Commissions Network (EUFCN). Why was the network first set up?

Initially European countries were represented globally by the AFCI (Association of Film Commissioners International). This was good but we felt we needed something to help with the specific issues we were facing in Europe.

Initially European countries were represented globally by the AFCI (Association of Film Commissioners International). This was good but we felt we needed something to help with the specific issues we were facing in Europe.

How has the network grown over the last few years?

It became very tight very quickly. One of the key objectives is to encourage co-production agreements, leading filming projects from one country to another. It’s about sharing information. Before the EUFCN was set up, each European country was much more isolated. As commissions we hardly spoke to each other and didn’t know much about the issues we were facing as individual countries.

Now we talk to each other much more. It’s a network of trust and commissions are much more aware of the advantages and disadvantages of filming with their international neighbours. That enables us to help clients as much as each other.

What’s been the biggest challenge you’ve faced in the few years since the network was set up?

Getting the European Union to properly listen to us as a network of film commissions was a challenge. That was an initial stumbling block but they’re listening now.

One of the key objectives [of the EUFCN] is to encourage co-production agreements, leading filming projects from one country to another. It’s about sharing information.

Spain and Norway are two examples of European countries that don’t yet offer formal filming incentives. What role does the EUFCN play in encouraging countries to launch incentive schemes?

Helping countries to put together incentive schemes is a central part of what the network does. Spain has had some political changes this year so the incentives situation is a bit more uncertain. The Norwegians are putting a lot of effort into developing some kind of incentive and I’m confident they’ll have something in the next year or so.

What are the EUFCN’s long-term objectives at the moment?

Education and improving the exchange of information are the network’s priorities.

Thanks very much Arie!