Greece has launched a new pricing structure to encourage filming at historic sites in Athens. Base costs for feature filming in places like the Acropolis have been cut by more than half, while educational projects that directly promote the locations could access even bigger savings. 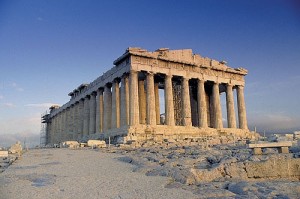 Maria Kopanou is a Producer with Green Olive Films in Athens: “With few exceptions it had been almost impossible in the past to get filming permission for these sites, both due to the extortionate cost of filming there and the length of time it took to obtain the required permissions. The ministry is now fast-tracking the process for permits.”

The Hellenic Film Commission states: “As the Greek Ministry of Culture thought that the high cost of filming prevented some professionals from choosing Greece as their preferred shooting location, it is now expected that this decision is going to result in increased interest from abroad.

“The next target that the Greek Ministry of Culture and Tourism has set is to ensure that the time needed to process applications for film permits is reasonable, so that professionals could receive a permit as soon as possible.”

The ministry is now fast-tracking the process for permits.

Lower costs and faster permitting are likely to appeal internationally. The revenue will be used to help with preservation costs.