Written by Murray Ashton on Jan 26, 2012. Posted in Interviews

Filming on location in Arizona with Location Scout Mike McGinn

Mike has been managing and scouting locations for film, television and documentaries, both national and international, for over 20 years. He's based in Scottsdale, Arizona, and provides production services for the state and the south-west US. He also works in the Moab region of Utah. 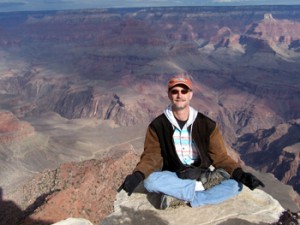 What does Arizona have to offer filmmakers?

The Arizona Highways magazine produced a special issue for the film industry called The 50 States of Arizona. They sent out their best photographers and shot locations in Arizona that looked like every state in the US. For Hawaii they used the waterfalls in Havasupai Canyon.

If you need a piece of equipment at breakfast, it can be here by lunchtime if we don't have it locally.

With our local equipment houses and close proximity to California, we have access to the best equipment there is. If you need a piece of equipment at breakfast, it can be here by lunchtime if we don't have it locally. Our crew selection is deep and very experienced. When they are not working in Arizona, they can be found all over the world.

What locations are most commonly used by film and TV crews when they film in Arizona?

The locations in Arizona that are used most often fall into two categories. The first type looks like anywhere and everywhere. When I worked with the City of Phoenix in the motion picture office, we would joke that we should run around at night and cut down palm trees so we would have more locations that looked like the Mid-West. But that wasn't necessary because we have more then enough. The second type of location is the distinctly Arizona look. This is the Senora desert with saguaro cacti, Monument Valley, Lake Powell, Sedona, Route 66 and the Grand Canyon. 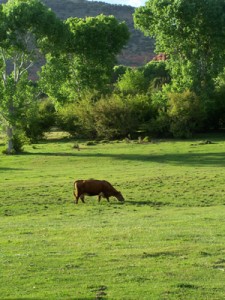 The old ranches with saguaros and great mountains for Westerns are a true gem of Arizona, but so are the amazing properties we have in Phoenix. In 2009 we doubled the Phoenix area for Beverly Hills in Lifetime's Maneator. We pulled it off so you can't tell you’re not in California and we didn't even scratch the surface of what we could have used.

Two of my favourite locations are Route 66 and Lake Powell. Route 66 because of all the people that have travelled that road and cool places that are still there. Lake Powell because it's like taking the Grand Canyon and the Red Rocks of Moab and filling then with water and seeing what you get. What you get is truly amazing...

The most challenging locations have been on Indian reservations. They have some very special locations. Sometimes their approval process takes longer then the film companies allow. I have been working on trying to speed that process up on one reservation for 20 years; one day it will happen.

The cities of Phoenix and Tucson turn permits over usually on the same day and the national parks are very co-operative.

The most isolated location I worked on was for Sports Illustrated - Swimsuit Edition. We had four houseboats and lived on Lake Powell for ten days. We had our own chief and serving staff because we couldn't go back to the marina. It was four hours each way to go get anything we didn't have. They said it was the most isolated location they had ever shot.

What types of production do you work on most and what has been filmed recently in Arizona?

I have been lucky enough to work on all types of projects. I have been the Location Manager on USD20 million movies, worked on hundreds of commercials and worked with the best photographers in the world. I gave a lecture at a college and they had a poster of the top ten photographers of our time; I'd worked with eight of them. Now it's up to nine. I wish I could remember who the tenth was, but stills photography is my passion.

The local producers are well versed in getting equipment and collections in and out of Arizona.

Arizona is a very film-friendly place. State Trust lands are free to shoot on, the cities of Phoenix and Tucson turn permits over usually on the same day and the national parks are very co-operative. I guess the thing that people sometimes don't account for is the distance from the airport to the great locations and their hotels. 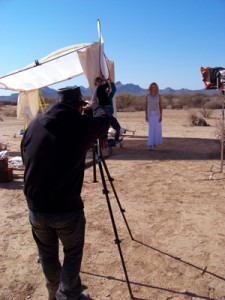 Which are the best airports to use to get to Arizona?

The two main airports in Arizona are in Tucson and Phoenix. Customs here is very relaxed. I have never had any items delayed. The local producers are well versed in getting equipment and collections in and out of Arizona.

In Phoenix the best hotels are the Valley Ho, the Hermosa Inn and The Embassy Suites Biltmore. In Tucson it would be the Lodge on the Desert, Arizona Inn and Marriott Star Pass. I like boutique hotels and there are some really fun properties on that list.

My favourite wrap party location is dependent on where we are in the state. I like to take my crews to the best restaurants in any town or local we are in; it's always fun to have amazing food in very strange places.

The standard is USD1 million dollars for general liability and can range from USD3,000 for a new policy to USD600 for using an existing policy from a production company. Equipment coverage is extra and varies in cost depending on what's covered.

What do you do with your time off and what would you recommend crew and cast do to visit, have fun and relax in Arizona?

Well, because Arizona is a bit hot in the summer I take eight to 12 week vacations each year. But for local fun I play volleyball, golf, hike and spend time with friends. If anyone wants to play a game of darts or chess I'm in!

For the out-of-towners I think the hiking is amazing, the restaurants are world-class, a jeep tour of Sedona or the Sonoran Desert is really fun and, most of all, see the Grand Canyon!!! Heck, you came this far and you’re sooooo close.....