Written by Murray Ashton on Jan 13, 2012. Posted in Interviews

Filming in Kent in the UK with Gabrielle Lindemann

Gabrielle Lindemann set up the Kent Film Office for Kent County Council in 2006. Prior to that, she worked for the BBC as a as an Assistant Director and Location Manager before becoming a freelance Location Manager. 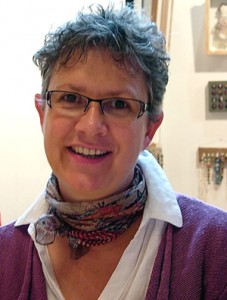 Kent became her home when she first moved to the UK from Germany and she was delighted when the opportunity arose to combine her two passions; locations work and Kent.

What does Kent have to offer filmmakers?

Kent is the largest local authority in England and is described as the Garden of England, as well as the Gateway to Europe. It has an incredible variety of rural and urban landscapes, including 350 miles of coastline with cliffs, sand, shingle and architecture ranging from Neolithic longbarrows at Kits Cote to ultra-modern public buildings like the Turner Contemporary.

Apart from snow-packed, craggy peaks and a skyscraper skyline, we can probably find something somewhere.

What locations are most commonly used by film and TV crews in your area?

One of our most popular locations has to be the Historic Dockyard in Chatham, which has a wonderful collection of many different types of locations. This is very closely followed by our beaches; the Thanet beaches in Margate, Broadstairs, Ramsgate and Botany Bay keeping head-to-head with the unique landscape of the Dungeness Estate. Whistable Fishing Harbour attracts its fair share and so do the stunning saltmarshes on the Isle of Sheppey.

The county also has an ever-increasing number of vineyards producing award-winning vintages.

Our most popular village must be Chilham, which has a completely unspoilt, traditional square with the proverbial pub by the church opposite the large manor house Chilham Castle.

Otherwise, Kent has an incredible amount of of medieval and Tudor architecture, which is always in great demand and includes some of our finest houses and castles, such as Penshurst Place, Knole Park, Hever, Leeds and Allington Castles. We also have our small but perfectly formed gems, such as the Squerreys Estate, which keep their filming diaries full.

Kent's geographical position means that it has a large number of military installations, including Napoleonic forts such as Fort Amhurst, Fort Horsted and Fort Burgoyne, as well as the almost endless tunnels, tanks, redoubts, lookouts, grand stairs and other underground installations within the White Cliffs of Dover.

There are the unique Redsand Forts, which are standing right out to sea off the coast off Whitstable. Kent also boasts a respective selection of industrial locations, including the large cooling towers at Richborrough Power Station and Dungeness Nuclear Power Station, as well as Littlebrook and Kingsnorth on the Thames.

We also border Bewl Water reservoir, which is the largest stretch of open water in the South East of England and the county also has an ever-increasing number of vineyards producing award-winning vintages.

Last year Sherlock Holmes: A Game of Shadows returned to Kent. Other features were My Week with Marilyn and Great Expectations, to name but a few. TV dramas such as Poirot: The Clocks, Edwin Drood and Dominic Savage’s Love Life have paid us a visit this year and we have facilitated commercials for BP, McDonalds, Waitrose and fresh fish campaigns for Marks & Spencer and Aldi.

Are there any tips that you would like to share with our audience about filming in Kent?

Kent is one of the few UK regions which has legal powers in place to effect road closures for filming with relative ease, and if you want sunshine Kent enjoys one of the highest yearly averages in the UK.

The county is larger than one imagines so don't get caught out thinking that it takes only 20 minutes or so to cross from one end to the other! The Kent Film Office is available during office hours and though we prefer as much notice as possible it is sometimes possible to turn things around very fast if you are able to work with us on supplying the necessary information speedily.

Kent, due to its proximity to the capital, is mainly served by London airports, which bring you into the heart of the county in about 40 minutes. Kent International Airport and Lydd both have limited services. On the one hand, this necessitates travel from Gatwick or Stansted, but on the other hand your shoot does not have to stop every five minutes due to aircraft noise.

We have a list of film-friendly hotels on our Production Guide suiting most budgets. They range from bespoke seaside properties to large country house hotels.

Favourite wrap party venue? Not sure I remember anything about the actual venue apart from getting there...

Kent Film Office specifies that any applicant filming in public areas in Kent carry a public liability cover of at least GBP5 million. Though most privately-owned locations strike their own deals, most have similar requirements for insurance.

What do you do with your time off and what would you recommend crew and cast do to visit, have fun and relax in your region?

Personally I like walking, swimming, cycling, meeting up with friends in pubs and looking after my allottment and my bees. I am also a closet ceramicist.

Kent is fantastic for all tastes. There is plenty of diverse countryside for walking and cycling, water sports, including seal-watching and surfing, and our famous seafront golf courses. You could visit one of our many historic houses and gardens or take in a bit of art at the Turner Contemporary Gallery in Margate and the Creative Quarter in Folkestone.

We have some beautiful towns you can visit, including the UNESCO Heritage Site in the centre of Canterbury and, for shopaholics, there is always Bluewater Shopping Centre. Being the Garden of England, we do, of course, have many amazing award-winning pubs and restaurants. I think choosing will be the hard part!