Written by Murray Ashton on Jan 24, 2012. Posted in Interviews

Bruno studied music at Berklee College in Boston. He then went to Los Angeles and worked around town in different sound-post studios. People kept asking him about shooting in Peru and eventually he started helping them.

"Soon enough I was involved with Indiana Jones and the Kingdom of the Crystal Skull, as well as TV shows like Jeopardy! I started APU Productions with my wife and we now service commercials, feature films, TV Shows and documentaries." 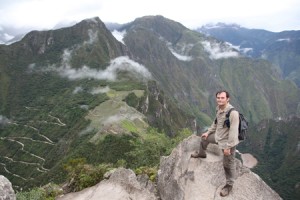 What does Peru have to offer filmmakers?

Peru has a vast coastline and an eclectic array of locations, from sand deserts and snow-covered mountain peaks through to river valleys and deep jungle.

Standard film equipment is available, as well as good bilingual crews. Specialised equipment has to be brought from abroad. Most people shoot here and go back home for post-production, but some interesting digital intermediate services are available.

Cusco and Puno in the south are popular. Here we find Machu Picchu and other ruins, along with beautiful colonial towns and impressive natural scenery.

What are the rare, more unusual locations in your region that our readers would not necessarily associate with the region?

My most difficult assignment was an eight-week shoot for the Discovery Channel which included travelling by land from Bolivia all over Peru and Ecuador. It was difficult because we covered over 30 locations and some had very difficult access. We could be crossing rivers in the middle of the Jungle of Manu and the next day we could be climbing over 15,000-foot passes to remote areas like the Qero Nation community.

When shooting in mountain locations, crews need to acclimatise. It usually takes one or two days to get used to the high altitude.

We work mostly on commercials, feature films, TV shows and documentaries. We worked on the biggest Indian film in history called Endhiran, featuring Ashwarya Rai and director S Shankar. We also worked with Gorgeous Entertainment as part of a live streaming for Starbucks, which set a Guinness record for the most nations in an online sing-along. Other recent projects include an episode for HGTV’s House Hunters International and a photo shoot for the clothing brand Anthropologie. 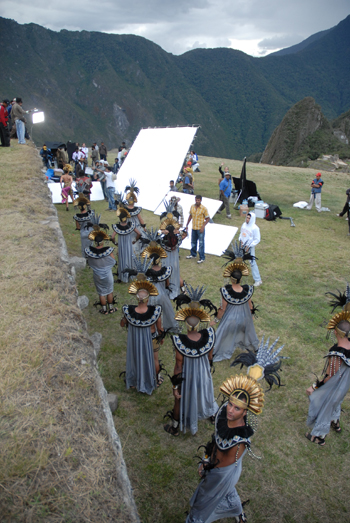 Are there any tips that you would like to share with our audience about filming in your region?

When shooting in mountain locations, crews need to acclimatise. It usually takes one or two days to get used to the high altitude. The first day it is good not to eat heavily at night or drink too much.

Quick tip: if you need to ship something fast do not use a courier like FedEx or UPS. Goods can be stuck in customs for weeks. It's better to consult with your local fixer so that he can recommend a better way to do it.

The best airport is the Jorge Chavez airport in Lima. There are direct flights from LA, Miami and New York. Peru is not a carnet country so consult with the local producer when dealing with customs clearance. For example, our company has its own customs broker department and we specialise in film production logistics.

I like to stay at the Libertadores and Casa Andina hotel chains. They are very film-friendly and have the best service. A great wrap party location in Cusco would be Fallen Angel restaurant. In Lima a great place is the Lima 27 restaurant.

We usually get a blanket liability insurance policy from a local insurance broker. The price depends on the size of the production and they are very cost-effective.

What do you do with your time off and what would you recommend crew and cast do to visit, have fun and relax in Peru?

Right now Peru is the up-and-coming capital of Latin American cuisine, so come prepared to eat out as much as you can. Lima has the best restaurants and bars, and Cusco has the right blend of culture and good times out. It's always good to reserve some time after your production to travel inside Peru.