Written by Murray Ashton on Jan 27, 2012. Posted in Interviews

Filming on location in Colombia with the Colombian Film Commission 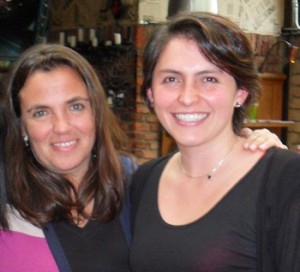 "We want to inform filmmakers of the best possibilities and alternatives for their projects in terms of logistics, locations, accommodation, Colombian talent, authorisations and contacts."

The commission also facilitates contact with the various businesses, producers, institutions and authorities related to their productions in order to make their work quicker and more effective.

What does Colombia have to offer?

The Colombian Film Commission accompanies, consults and provides information on the Caribbean, the Bogotá region, the Central Andean, the Cauca Valley region, Eastern and Amazon, which are six of Colombia’s largest regions. In all these regions there is adequate infrastructure and security for big-budget investments, as well as for lodging and transporting personnel.

There are many independent and freelance crew in Colombia who have experience in international co-productions.

We recommend that producers and directors contact the film commission offices in Bogotá to get detailed information relevant to their specific projects and to take advantage of the commission’s consulting and accompaniment services.

Colombia’s commercials industry is taking off and film is undergoing a promising awakening; many Colombian feature films and documentaries compete annually at film festivals throughout the Americas and Europe.

There are many independent and freelance crew in Colombia who have extensive experience in international co-productions.

Colombian film crews are known for their enormous commitment, hard work and resourcefulness. There are no audiovisual unions at this time, or fixed rates for services or labour, which makes it possible to negotiate directly with personnel required. Department heads on several films have begun to garner international attention, such as the award-winning DoP Diego Jimenez.

Most sound stages are located in the city of Bogotá. The largest of these covers 16,000 sq ft.

There are three stunt companies in Colombia; two of them are local and the third is transnational. All three have experience in the field of stunt work and have developed 100% of the action scenes filmed for the national industry in recent years, while adhering to international safety protocol.

Most sound stages are located in the city of Bogotá. The largest of these covers 16,000 sq ft. Other companies have studios of up to 10,000 sq ft. There are warehouses throughout the country available for productions that require large spaces.

Digital post-production studios have been operating in Colombia for years. This year, a multi-national laboratory with headquarters in Chile, Mexico, Brazil and Argentina will start operating in Bogotá.

There are several television and film equipment rental and sales companies in Colombia whose technicians (either employees or freelancers) are licensed by these companies and trained to handle the equipment. Many of them are bi-lingual. In terms of cameras, lighting, grips and transportation, Colombia has the latest technologies available.

Cartagena is our number one location. It is a gorgeous historic city with a splendid preserved past. Nowadays, Cartagena is a world-class cultural, tourist centre and UNESCO World Heritage site. Films like Mike Newell’s Love in the Time of Cholera, Alain Monne’s Cartagena, Hilda Hidalgo’s Of Love and Other Demons and Roland Joffe’s The Mission were shot in the city.

What are the rare, more unusual locations in your region that our readers would not necessarily associate with the region?

At first thought people would probably associate Colombia with beaches and jungles. Our country covers 44,831 square miles and since it’s tropical we don’t have four defined seasons. Instead, any climate can be found at any time, depending on the region. There’s extremely cold mountain weather or steamy temperatures found in river valleys and along ocean coastlines. Architecture ranges from colonial constructions to modern cities. Some of the extended pine forests can double for Europe or North America.

In January we had Ushuaia Nature, a pretty big documentary for the French Channel TF1. Part of it took place in the Tayrona National Park, ranging from sea level to the Sierra Nevada de Santa Marta, which is the only coastal peak in the world rising more than 16,400 feet above sea level.

In 2011 six documentaries were shot in the country.

Protected indigenous communities live in the Sierra Nevada. The production wanted to do aerial shots with helicopters over the protected area for several days and needed to land in Ciudad Perdida (Lost City). It was a big challenge to obtain the permits from both National Parks and the Institute of Anthropology and History. In the end they understood it was a great opportunity to show our culture and natural beauty abroad and agreed on a schedule.

Colombia is highly competitive for TV production due to its cost-effectiveness. In recent years companies like Fox, Sony and Telemundo have acquired shares in Colombian television production companies and have established themselves in the country. They are producing TV series for Latin America and the US market.

In 2011, six documentaries were shot in the country with the logistical support of the Colombian Film Commission for international television, alongside several foreign feature films.

Are there any particular tips that you would like to share with our audience about filming here?

Be aware that being so close to the equator we don’t have seasons, so depending on the altitude you could find yourself in cold or warm weather. Ask us for advice before coming.

The Colombian Film Commission through the Film Office of the Ministry of Culture can obtain courtesy visas for all the artists and crew members coming to the country for shooting purposes.

In Colombia we have several international airports in the main cities. However, obtaining the permit isn’t always possible. Medellin airport is one of the few where it's allowed to film. In Bogotá there are a lot of locations where it's possible to fake an airport.

The main Colombian airline is Avianca-Taca and major airlines fly to Colombia as well. With authorisation to film from the Ministry of Culture you can access special legislation for the temporary import of equipment.

Several international hotel chains such as Hilton, Sheraton, Marriot, and Holiday Inn operate in Colombia along with first-class national chains. Specialised boutique hotels operate in Cartagena city in colonial homes used as five-star hotels. In terms of party venues, you should go to Andres carne de Res in Chia.

What do you do with your time off and what would you recommend crew and cast do to visit, have fun and relax in Colombia?

In Bogotá I would suggest visiting Monserrate to appreciate a great panoramic view of the city, then go to the historical centre La Candelaria and take a look at the Gold and Botero Museums. We have wonderful gastronomic offerings and a hectic night life in Bogotá, Cartagena, Medellin, and Cali. Close to Bogotá you can find mountain landscapes with cool weather, or relax in a pool at a warm climate only a short drive away.