Daniel Radcliffe’s first post-Potter feature, supernatural thriller The Woman In Black, found its haunted house in Northamptonshire in central England. Cotterstock Hall near the village of Oundle was dressed for exterior shots of the haunted estate, while interiors were filmed at Pinewood Studios. 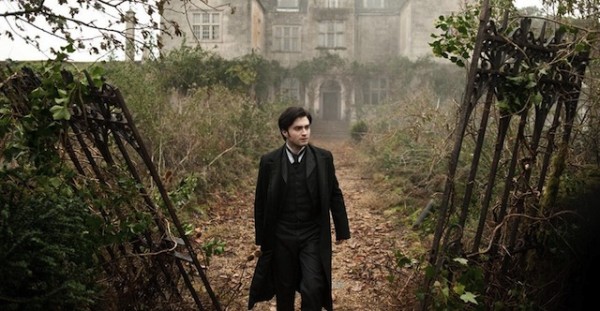 Location scouts searched across the UK to find the film's Eel Marsh House and once Cotterstock was confirmed the team spent four days dressing it for the three-day location shoot. The production team brought a rain machine to help create the gloomy atmosphere. Ironically it actually rained during the shoot, but the drops weren’t big enough to show up properly on film.

James Watkins directed: “We were there for three days in the summer. Obviously as a haunted house film it is very important to get that location right. It had a real vibe about it and it almost looked like it has eyes. I thought it helped create that sense of dread.

“The problem was it was kept in too good a state by the owners! We had to put weeds over the immaculate lawn and make the front of the house have ivy and things like that.”

Cotterstock Hall is a remarkable building bursting with Gothic grandeur – perfect for The Woman In Black. It is hard to imagine anywhere more apt for that all important first atmospheric sight of Eel Marsh House.

Radcliffe commented on the appeal of the filming location: “Cotterstock Hall is a remarkable building bursting with Gothic grandeur – perfect for The Woman In Black. It is hard to imagine anywhere more apt for that all important first atmospheric sight of Eel Marsh House.”

Northamptonshire is becoming more prolific as a filming location, with the BBC’s recent adaptation of Great Expectations also filmed in the region. The English county’s not too far from London’s studio facilities, which is convenient for productions looking for only a few days on location within easy reach of the capital.

The Woman In Black is in the middle of a staggered global cinema release.