Written by Murray Ashton on Feb 9, 2012. Posted in Interviews

Campbell founded a location production company in 1989 specialising in line-producing Korean and Chinese TV commercials on location throughout Australia, New Zealand and the Pacific Islands. 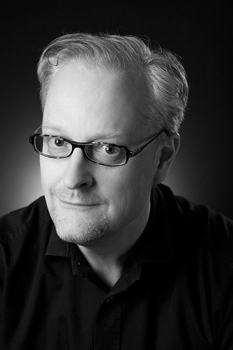 He was Location Manager on the USD45 million production Pitch Black, starring Vin Diesel, and worked on various international projects at the Movie World Studios in Queensland before returning to Hong Kong in 1999 to join Moviola Productions as executive producer. In 2007 he moved to Macau in south-east China as co-founder of one of the region's first destination-based online video channels.

Tell me about Macau

Macau is tiny, but this has its advantages. It's very easy to get around, but more importantly Macau has a rich cultural heritage of Portuguese and Chinese architecture that dates back over 400 years.

What makes it even more appealing now are the new resort hotels that offer contemporary or themed settings, along with all the best international standards and services of a five-star hotel. The Venetian Macao is the single largest building in Asia, with ample space for building studio sets. Everything you need is conveniently located within a 10 km radius, not to mention having China and Hong Kong just a short distance away.

However, when there are big films shot here most of the equipment and production crew have to come from either Hong Kong or Guangzhou.

The most popular locations are the historic sites, the old European buildings, some Chinese gardens and temples, the old inner harbour area with its fishing boats, and of course the new resorts, which can also offer incentives for using their locations.

Not many people realise that Macau was one of the first permanent settlements established by the earliest Portuguese seafaring traders. People think Asia and therefore Chinese or Asian style settings, but Macau has European architecture that dates back to the 16th Century, along with some wonderful buildings from the 19th and early 20th Centuries. It's very romantic in many ways.

I have line produced just about everything, but documentaries are certainly the least stressful.

Then who would guess that there is a Venetian-themed resort complete with canals and gondoliers, a South-East-Asian-themed resort featuring one of the largest wave-pools, or a modern resort called City of Dreams? This really is the equivalent of Las Vegas, but with Chinese characteristics. 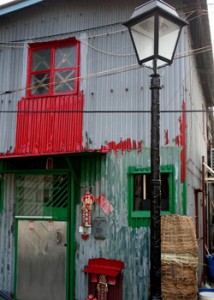 Every location assignment can have its challenges and certain directors compound that. Getting crew and equipment onto Easter Island and recreating ancient warrior-like scenes there was a challenge that I overcame. Getting permission and maintaining a wonderful working relationship with the indigenous tribal elders on the location for Pitch Black in South Australia was a challenge - but such a rewarding one at that.

Waiting for perfect weather in the Maldives - the world's most idyllic island locations - was a challenge I easily accepted. In this business I have always come to expect the unexpected, and never give 'no' as an answer.

I accept all forms of work - films, commercials, documentaries - as long as it pays and the people behind it know what they are doing. After a while you develop a sixth sense; once bitten, twice shy.

A lot of Indian productions have been shooting in Macau recently. To be honest I have quoted on many of these - but perhaps I price myself out of their ballpark. The last thing I want to do these days is under-quote just to get the job and then be left short-changed.

There is no local film commission so do not count on any direct local Government support, even though the will is there to help.

Life is too short to submit yourself to that pressure time and time again, despite the passion we have for the craft. I have line produced just about everything, but documentaries are certainly the least stressful.

There was a rumour that a large US feature production would be made in Macau but we haven't seen it yet. We have all the right ingredients. 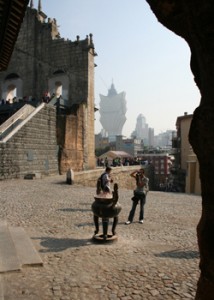 The first advantage is that there are no location fees for filming in public places, but you do need to provide plenty of notice with the relevant Government departments.

Second, assuming they approve of your credentials and like your idea, then the resorts can potentially offer sponsorship in the form of hotel room nights, use of location facilities and meals.

For large productions you need special work visas. The best time of year for clear (blue) skies is from June to the end of September; after that it's workable but can be hazy at times.

The Macau airport is only five minutes drive from the Cotai area where the Venetian, City of Dreams and Galaxy Macau resorts are located. You can also fly into Hong Kong and catch a ferry, which is only a one-hour trip.

If you rent large amounts of gear from Hong Kong then it needs to travel via boat, which can be costly and time-consuming. Customs clearances are fairly straightforward, so do not expect any problems for bringing in smaller camera kits. There is no local film commission (I have tried to recommend it), so do not count on any direct local Government support, even though the will is there to help. 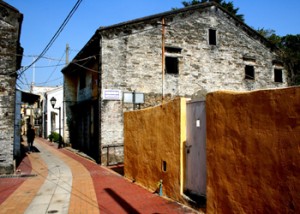 Just consider this: in Macau you can choose from the likes of Wynn, MGM, Mandarin Oriental, Venetian, Four Seasons, Crown, Hard Rock, Galaxy, Okura, Banyan Tree, Hyatt, StarWorld, Grand Lisboa and (from September 2012) the Hilton, Holiday Inn and Sheraton (with over 3,600 rooms).

For wrap parties consider the Lion's Bar at MGM, Bellini Lounge or Playboy Club at Venetian and Club CUBIC at City of Dreams.

There isn't any. This is what amazes me after working in Australia and New Zealand. My best recommendation is to cover yourself as much as possible in the first place using your own insurance companies before you plan to shoot here.

I can recommend the great food here - Macanese, Portuguese, Chinese, Michelin-star restaurants. I'm no Pavarotti but some might like to try one of the many up-market karaoke establishments. It doesn't take long to take in all the sights. Apply for a China visa and go bargain shopping or bar-hopping in Zhuahi, Shenzhen or Guangzhou. There's bound to be a happy ending.