Written by Murray Ashton on Feb 2, 2012. Posted in Interviews

Masato studied photography in Santa Barbara, California. After graduating he worked for several photographers in New York before setting up his own studio with a friend. Things began to slow in New York after 1986's notorious Black Monday so Masato expanded his photography business to cover Japan as well. 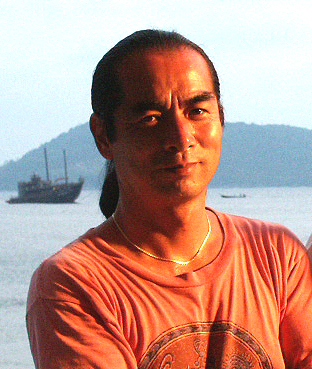 While traveling back and forth between the two he started to pick up co-ordinating work for a Japanese TV station. He finally moved back to Japan in 2002 and still works as both a photographer and location co-ordinator.

Tell me about your region

I’m based in Tokyo, but I could cover wherever work requires me to be in Japan. We can offer and provide almost anything that crews need to get a job done.

The most well-known location is a scramble crossing [the phrase used when pedestrians ‘scramble’ to cross a busy junction between green lights] in Shibuya that’s not permitted as a filming location. However, crews do go and shoot there guerilla-style (maybe I shouldn’t say this!). There is lots of neon along the side of the street in Shinjuku. You’ll have seen both locations in Sophia Coppola’s Lost in Translation. 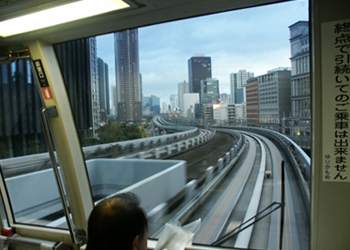 What are the rare, more unusual locations that our readers would not necessarily associate with Tokyo?

Films, TV shows and commercials tend to go to the well-known tourist locations. Documentaries are obviously a bit different. There is an old downtown area with a very strong sense of community. Everyone knows each others names... they watch over each other. Here there are many small sub-contracted factories that work for all kinds of industrial scenes.

What types of production do you work on most and what has been filmed recently in Tokyo?

I usually work with documentary productions from places like the UK, Canada and the US. I worked on the film Babel. This was mainly as the Director’s personal driver for two months, but I was able to watch and to shoot my own personal stills while they were filming. 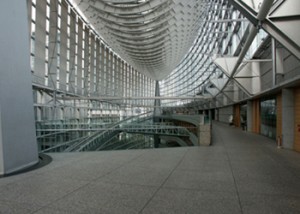 There are a lot of restricted areas that we can’t film, especially in the metropolitan area. The authorities don’t like traffic and pedestrians to be disturbed. Wherever you want to film, you need at least three to seven days to get a permit. It’s not much more than in other countries, but there a few different channels to go through.

We have four seasons in Japan and each season has its own special light. We can provide any gear you want. Remember that Japan has small, narrow streets with a lot of traffic so allow plenty of time to get wherever you need to go.

Narita airport was the best airport, but Haneda airport’s been opened for some international flight, as it’s much closer to Tokyo. As long as you have the right papers or carnet for your gear, you shouldn’t have any problems. 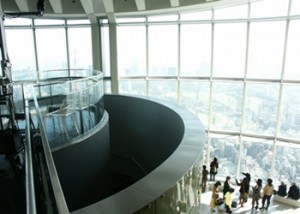 Most of the major hotels are film-crew-friendly. When we have a wrap party the best place is a Izakaya (a traditional Japanese pub). There are so many different Izakaya - they serve almost every kind of food in small portions, and it’s cheap.

It depends on the size of the crew and the length of the day’s work. We have to get an estimate each time. Six people for seven days’ liability costs 15,000 yen. One day at one location costs 13,000 yen.

What do you do with your time off and what would you recommend crew and cast do to visit, have fun and relax in your region?

I watch movies whenever I get a chance. You obviously watch for the story and the locations but I love to analyse the scenes for things like lighting angles. I can relate to this as a photographer.

I also like to get out of the city to visit the countryside and be free from everything once in a while... although it is hard when you are so busy.

I would recommend people see a real Japanese antique shop. They are usually full of surprises. Walk round a downtown area as well to see the real Japan or go to a hot spring to allay your fatigue.