Written by Murray Ashton on Feb 27, 2012. Posted in Interviews

Laura is an Executive Producer and Head of Production for film, TV, commercials and music video production company Smuggler. Laura discusses what she looks for when shooting abroad. 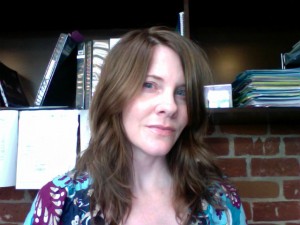 I started in journalism as a reporter for public radio and as a staff writer for ABC. This was unfulfilling for many reasons so I took a job at a New York production company as their receptionist.

I became enthralled with how a production evolves from the concept phase through to shooting and editing, so I decided I would learn how to do budgets.

After five months at the front desk and working as a Research Co-ordinator, I started bidding full-time.

A few years later I went freelance and worked as a Production Manager and Producer on TV commercials in New York and Los Angeles, then took a staff job as a Head of Production at a (now defunct) LA company.

Seven years ago I joined Smuggler as their Head of Production. Two years ago I also became an Executive Producer.

Where have you filmed abroad in the past few years?

How do you decide which country to shoot in?

Naturally the most important thing about deciding where to shoot is the location. Can you find all the looks that you need in one city or country? Also important is what talent diversity you can find. And then of course, how cost-efficient you can be and the calibre of the local crew.

This is why Buenos Aires and Prague are so popular with our company because (depending on the time of year) you can usually cover all those bases.

There are so many factors that can affect an international job both positively and negatively that may have nothing to do with the local crew or service companies.

In some cases you have to cheat a lot of looks in one place, as we did some time ago cheating a Thai fishing village in New Zealand (we had to be in NZ for their airport and city streets, and could not afford to go to Asia)!

There are so many factors that can affect an international job both positively and negatively that may have nothing to do with the local crew or service companies. Jobs are also hard to pull off these days with just the sheer nature of what we have to do - client expectations and lack of prep time - so I think any actual specifics would not be productive. 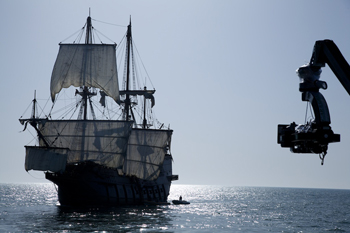 Generally though, I would advise people to just be aware that crews outside London, LA and New York don’t work like we are used to and you may need to build in more over-time or not cram as much in as you might do at home.

It’s always helpful to get technical specs on any piece of specialty equipment, as some people may have different ideas as to what will work.

When shooting digitally it’s very important to get the specs from editorial as well as to have a conference call with sound, VTR and editorial back home; differences in frame rates can cause a lot of problems later in post.

It’s also very important to find out what the temperatures are like when doing night shoots, because even summer in the southern hemisphere can get cold in the wee hours!

Where in your international filming experience do you consider you got the best production value and why?

I would say Prague as we can cover a lot of the bases there. They offer affordable costs, decent talent and very talented crews; especially their art departments and set construction people who are incredible!

I look for a company that has serviced jobs for American production companies before, to get a good sense of both their reputation and dependability.

Aren’t they all hard? Probably the most daunting would be where we shot simultaneously in Bangkok and Budapest, and had the crowd interact with each other off big screens.

Well the US of course! For the talent, crew, equipment and locations, and the convenience of being at home and not having to travel so far.

What should you look for in a production service company?

I look for a company that has serviced jobs for American production companies before, to get a good sense of both their reputation and dependability, as well as to feel secure that they know how we ‘operate’.

I also look for a company that can quickly and accurately post location files based on our scripts, as that will help our directors feel secure that they will get what they're looking for.

What should you look out for?

Look out for people who promise too much too quickly and if they don’t ask questions. No job (even the simple ones) are easy and there are always areas that need to be discussed. 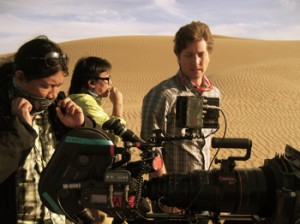 Check the local holidays. In some countries there are holidays and events outside of the major ones that shut down operations or cause unmanageable delays.

Also make sure you give the company specs that are as accurate and specific as possible (Do you need a crane? What special art department builds are needed?), as not everything is obvious from reading the script.

It’s also crucial to send with the scripts your director’s treatment and your proposed job schedule as some cities may not be able to turn around permits as quickly as you have indicated, or the company might suggest you build the schedule slightly differently to accommodate what they can arrange.

How do you convince agencies/clients who are nervous about shooting abroad?

This is something I tend to feel out early on in the process if I think the job could be served well by going abroad. In this day and age where agencies and clients often have multiple jobs going, it may not fit in their schedules so there’s nothing you can do about that.

I have found on a couple of recent jobs that some European visual effects companies can give very competitive quotes.

If that is not the concern, I usually show them good location pictures (again why the files are important), as well as a cost comparison to shooting in the US.

And of course sometimes the promise of many good meals and an exotic location can help!

What about post-production internationally?

This is an area that I am working on broadening, as it is under-explored with American agencies. I have found on a couple of recent jobs that some European visual effects companies (like Syndicate vfx as well as Swiss vfx, both out of Stockholm) can give very competitive quotes and, even though smaller in size, can often accommodate the condensed post schedules (pending their current workload of course). 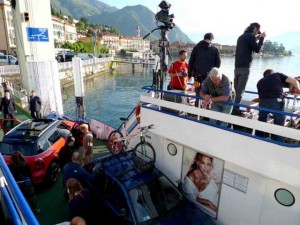 The capability of the company working on a site where the agency and director can log on to view what is happening in real time and communicate with the artist is now a very viable solution.

With budgets tightening it could help to have the agencies at home during the post process. Many people are still not comfortable with this so a possible solution would be to use a company who has US and European offices, like 8 Vfx (Paris and LA) and the Mill (London, New York and LA).

Are there any particular companies you would like to give a special mention or recommend?

We work with so many amazing crew people and companies and I don’t want to leave anyone out, but we definitely enjoy working with Fady Salame at Unit+Sofa and Jose Ludlow at Kinema Films.

Which hotels do you consider to be the most film-friendly and why?

Our directors have shot pretty much everywhere so they usually know where they want to stay. If not, we look for a place that has big rooms, working internet and late room service or restaurant hours. Also, if keeping production vehicles there, I like to know how long it takes them to bring the cars around, as that can be a big delay and expense to keep your crew waiting.

Honestly I don’t pay much attention to who it is. All I care about is that it is good and fresh, and that the crew are well fed.

We don’t do many of these anymore, due to budget and time constraints.