Written by Murray Ashton on Mar 23, 2012. Posted in Interviews

Filming in the south of France with Michel Brussol

Michel has have been working for the South of France Film Commission – Var (Commission du Film du Var) since 1996, which makes him the longest-serving film commissioner in France. 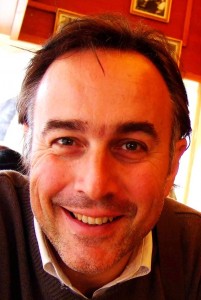 The commission’s supported by The Conseil Général du Var, which pioneered the idea of a film commission concept in France. Today, the Film France network covers more than 42 film offices throughout the country.

The Var Territory is part of the Region Provence Alpes Côte d’Azur and is between Cannes and Marseilles, neither of which are included in the Var. My office is based in the most well-known village in the world, Saint-Tropez. We have various locations in Provence, sublime landscapes and a predominantly preserved coastline.

We have untamed nature, controlled urbanisation, hilltop villages with picturesque lanes, mountains, canyons, a limpid blue sky and matchless light. In the region you can find all the equipment you need in Marseilles and Nice, and thanks to the data base created by Film France we have an updated crew list. Our studios are open air and the real ones are in Marseilles and Nice.

Film and TV crews looking for natural environments generally use two sorts of locations. There’s the littoral coastline that offers everything from preserved and wild beaches through to well-known glamorous beaches. Then there’s the hinterland, with famous parks like the Verdon Canyons and Esterel National Park.

We have well-preserved villages and country sides in the Provence, with an architectural heritage of castles, abbeys and chateaux. There’s also modern architecture with its typical villas by the sea.

People should note we not only have film and TV crews, but many commercials using these locations too, especially in the Saint-Tropez area.

Last year we had TV movie Le Piège Afghan shot in the Regional Park of the Verdon with the assistance of the French Army. The production used the territory and material of the army to double for Afghanistan. The landscape - wild and arid - is not what most people are thinking for the Provence. The Var Territory is often used to double for countries like Canada, Africa, the Caribbean, parts of the United States and Latin America.

Once a German production got in touch wanting to film a sunrise and a sunset over the sea on the same day. As we are not an island, it was not easy to arrange. Luckily it was during the winter and we have more than 330 km of coastline. After some research I found out it was possible; sunrise in Ramatuelle and sunset near Hyères, a 45-minute drive from Ramatuelle..

In 2011 we worked on a about six features, which is a lot for a small territory. For about two months we worked on a film about the life of Auguste and Jean Renoir directed by Gilles Bourdos shot mainly in Les Jardins du Rayol Canadel, a famous Mediterranean garden. The production, Fidélité Production, found the ambiance and spirit of the early 20th Century for a story that takes place in 1917.

We also had many commercials and photo shoots for brands like Chanel, Dior, Mercedes and Longchamp. There were TV movies, TV series including The Transporter and The Bachelor. Most of the film and TV projects are from French companies, while commercials tend to come from Northern Europe. Every year the Commission du Film du Var has more than 200 production enquiries.

Please don’t come during the high season, which is June to September. Hotels are full and not competitive, it’s crowded and fast everywhere unless you know the secret spots. Also the light is not so clear, it’s difficult to get permits, it takes time to get to the locations and sets, and parking are full.

So the best time to come is from September to May. You’ll save money and enjoy being in south-eastern France where you can take in the good light, nice restaurants, fewer people and competitive prices. You can also shoot beach scenes in the winter, which is what Marathon Production did with the TV series Saint-Tropez, which was filmed for more than 12 years.

The Toulon-Hyères Airport is very appropriate to welcome film crews. It’s administrated by the Chambre de Commerce et d’Industrie du Var (Chamber of Commerce), also with the support of the Var Film Commission.

They have appointed somebody to be in charge of welcoming film crews and facilitate shooting in the different areas of the airport. They do open spaces closed to the public. The airport is by the coast with easy access and is about an hour’s drive from Saint-Tropez. It has been fully renovated and has the flair of Provence.

As the Var territory is the first touristic department and destination in France, it has lots of accommodation options. To welcome film crews, you’ll find many hotel chains like Accor, Radisson and Odalys that apply specific rates for film crews together with services according to the needs of the productions.

My favourite wrap party was in a bar overlooking the Port of Saint-Tropez during the wintertime as Saint-Tropez was empty before the Christmas rush. We had the feeling that the whole port was reserved only for us. In the summertime you’ll find 80,000 people in the same place.

The costs for shooting in our territory are very low for public places. In most of the cities it’s free of charge. To get permits for filming on the roads it’s also free of charge. The cost for renting villas range from a thousand to EUR2,500 per days.

I enjoy taking photos of locations, which is why the film office has a photo library covering with more than 60,000 photos! When I am on the road, when I see locations, I always ask myself whether a place is a potential filming location. I always try to anticipate production needs from a logistical angle.

Recently I changed my way of taking pictures, trying also to seize the essence of the locations by focusing more on little details like peoples’ expressions and attitudes.

Have a barefoot walk at sunrise on the beach and later on, at sunset, go skiing in the Alps which are nearby.