Written by Murray Ashton on Mar 12, 2012. Posted in Interviews

Jamie is a West Virginia (WV) native with a degree in mechanical engineering. He started out in the business by spending 15 years running a production company focusing on computer animation before moving to the state film office. 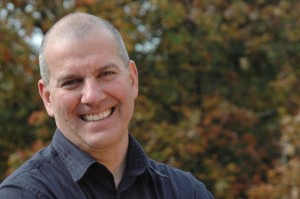 He had solid relationships with most of the local production companies and his WV roots gave him a serious head start on learning WV locations.

He’s been been with the WV Film Office for more than five years and is currently the Location Services Co-ordinator. While the film office is only a staff of three, they’re under the umbrella of the Division of Tourism, which provides a great support network.

Jamie serves on the Film Credit Development Committee that reviews applications for the tax credit programme. He represents the office at industry trade shows, studio meetings and events. He assists with marketing decisions, connects productions to crew and services, serves as a liaison between productions, Government and private entities, and more.

He also manages the locations library (powered by Reel Scout), scouts locations based on client needs and ‘holes’ in the library, puts together location packages and assists clients on scouting trips. All of these services are free to clients interested in filming in WV.

I service the entire state (24,231 square miles). WV offers everything from dense rural forest to mid-sized cities. We can easily accommodate a mountainous ‘Anytown USA’ look for any time period. The quality of our workforce is stellar and the crew depth grows every year. While we don’t have official sound stages, we work closely with the WV Development Office to identify available warehouses and other facilities that could be easily converted.

We have two gigantic Gothic buildings that stay very busy with production. The former WV Penitentiary and the Trans Allegheny Lunatic Asylum (formerly a state-run psychiatric hospital) both operate as tourist attractions and are kept in working condition by their film-friendly owners.

The historic town of Harpers Ferry offers a fabulous Civil War look that attracts numerous productions. The entire region around Harpers Ferry has a rich history.

The Green Bank Observatory has a radio telescope that is the largest fully steerable dish in the world. The dish section covers 2.3 acres. You’re just driving past cows on this beautiful country road and suddenly there is this monstrous telescope!

We also work with the US Army Corps of Engineers, Huntington District to promote River On Demand™. The Gauley River is world-renowned for its white-water rafting and with River On Demand™ our clients can request class five rapids or totally calm water at a specific time. The Army Corps will literally ‘open the flood gates’ to accommodate the water needs of the production. Fish spawning and other considerations must be taken into account, so we need plenty of advanced notice.

Finding Iowa cornfields was a challenge. It isn’t that we don’t have cornfields. We do. Many of them are even on relatively flat land. It’s just that there are usually mountains in the background, so you get into the ‘If we position the camera at this angle’ and ‘If we block out that section’ discussions. It would be easier if we had a definitive yes or no answer.

Our office supports everything from micro-budget student short films to major studio tent pole films, and we get plenty of everything in between. We definitely spend more time working with the larger studio productions because they require more time. On JJ Abrams’ Super 8 feature for Paramount a member of the film office staff was on set (or at least near set) nearly every day. We recently hosted a Volvo truck commercial in our state and we are currently assisting a miniseries for a cable network entitled The Men Who Built America.

The best thing to do for anyone interested in filming in WV is contact our office. We are here to help and our services are free. There have been many times that productions didn’t contact us until there was a crisis. Usually by then it is too late. Chances are if we don’t already have relationships with the property owners or government officials, we know someone that does. Those relationships can make sure everything goes smoothly.

The Fairfield Inn in Weirton, WV, treated the Paramount Pictures’ crew of Super 8 like royalty. It’s no surprise they have been recognised nationally for their customer service. Other film-friendly hotels include, but are certainly not limited to, the Charleston Marriott Town Center, Pullman Plaza in Huntington, the Clarion in Shepherdstown, Oglebay Resort and the McClure House in Wheeling, as well as the Quality Inn Conference Center in Harpers Ferry.

My family (wife Amy, daughter Hannah, 14, and son Noah, 9) and I love to go hiking. It seems like there are great hiking trails everywhere in WV. We’ve explored trails during our camping trips to Pipestem State Park, Stonewall Resort, East Lynn Lake and North Bend State Park. I’m looking forward to taking my family to some of my other favourite trails like Dolly Sods, Greenbrier River Trail, Seneca Rocks and the trails along the Highland Scenic Highway.