Written by Murray Ashton on Mar 7, 2012. Posted in Interviews

Filming on location around the world with producer Julia Roberson

Julia is a freelance producer and writer. She started her career in Los Angeles as production executive for a couple of indie feature film companies including PSO Presentations and Weintraub Entertainment Group.

She then landed a first look deal with actor/director LeVar Burton at Paramount Pictures where she developed and wrote screenplays for feature film projects for several years. In and around their work at Paramount Pictures, she worked as a freelance producer on award-winning commercials, music videos, documentary and other media content projects.

Although I have been shooting projects all over the world for many years, more recently I have been shooting a lot in China. I produced sections of a documentary feature film for Apple with The Media Lab in 2005 in Shanghai and Beijing. I was living in China for most of 2008 producing a live cultural art performance piece for the Beijing Olympics. 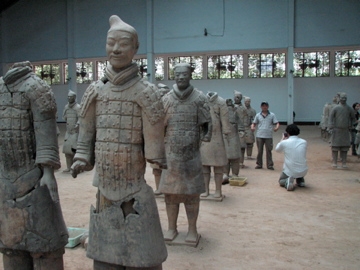 I have also been shooting in other areas of China including Hunan, Xian and Tibet, as well as other foreign locations including Hong Kong, South Africa, Botswana, Mozambique, London, Paris, Berlin, Prague, Belgium, Brazil, Tokyo, Kyoto, Spain, Canada, Australia, Fiji, Buenos Aires and Patagonia, as well as the islands of Hawaii.

Whenever I’m headed to a foreign location, even if I have been there or shot there before, I check in with friends and other colleagues to hear their recent stories and experiences of filming there. I ask for recommendations for production services companies, as well as any key crew that they worked with that they felt were outstanding. I also ask them about any hotels or restaurants as well as places to visit as I always want the client, agency and crew to have the best experience that we can accommodate.

As far as filming in China goes, although I have shot there several times now it can still be quite challenging. I imagine it must be like the days of the Wild West in the US as there is sort of an uncertainty or ambiguity on every project I shoot there.

You need to be sure you have a qualified production services company with Chinese partners who speak Mandarin and have the right amount of Guanxi to get your film or commercial project accomplished, no matter what happens. Don’t assume that the Chinese do business the way we do in the West, because they don’t. Doing business in China is a great way to practice listening, tolerance and patience.

Are there any particular production service company, crew member or hotel you would like to give a special mention?

My favourite production service company in China is Gung Ho Films, Michael McDermott’s company based in Beijing and Shanghai. Michael moved to China over 20 years ago from Newport Beach and therefore has seen and lived through the tremendous growth and changes in China. He has cultivated many strong relationships with the Chinese that are invaluable to Westerners coming to visit and shoot in China.

In China you need to be sure you have a qualified production services company with Chinese partners who speak Mandarin and have the right amount of Guanxi to get your film or commercial project accomplished.

My favourite hotel in Shanghai is the URBN Hotel, a small boutique hotel committed to eco-sustainability. It has a great design and a cozy home environment with attentive service. Good food and a great bar.

My most challenging experience was during the 2008 Beijing Olympics when the Chinese Government started to tighten restrictions on everyone and every kind of business two months before the Olympics.

The Government began to make it almost impossible to get and maintain visas for our various foreign crew who were animatronic and engineering specialists from Hollywood, or to get permits for trucking our entire production from the studio to the Olympic greens. We couldn’t find specific cranes and equipment that we needed as they were scarce. When we did find them we couldn’t find the right people to fix and maintain them or get the permits to truck them inside the Beijing city limits to the Olympic areas because of all of the Olympic restrictions. 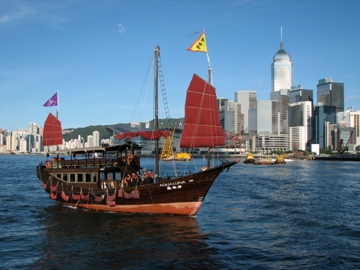 It was a very challenging experience and actually because of it I was initiated quickly into how the Chinese actually do business. Then I was able to work with them to accomplish what I needed, their way.

I love shooting in New York City. It has always been one of my favourite places to shoot and I like to spend as much time as I can there. I’m always inspired there artistically and I’m always inspired by the eclectic mix of people there from all over the world. The film industry is small there and everyone knows everybody. I have had great experiences shooting very large projects in NYC, as well as documentaries and smaller internet content.

Where in your international filming experience do you consider you got the best production value the most bang for your buck and why?

Recently for me I have seen the most bang for my buck in Argentina. My last couple of commercial projects there were fantastic. I have shot in Buenos Aires before and after the Argentina economic collapse and I have had such amazing experiences there in the past as the people are some of the most heartfelt and kind that you will ever meet.

However, when I started to shoot more commercials after the economic collapse, I found even more talented and competent talent and crews and, of course, the most amazing new boutique hotels, new restaurants and many new retail stores! The wines that have started to be produced in and from Argentina, as well as new wineries as they partner with European grapes, are outstanding.

After shooting my last project in Buenos Aires, I was able to travel to Patagonia - a lifelong dream - to shoot the ice glaciers there. It was a profound experience to be able to get so close to these magnificent designs of nature.

Recently for me I have seen the most bang for my buck in Argentina. My last couple of commercial projects there were fantastic.

As I shoot all over the world now and do not spend too much time in one place I can’t really tell you of a favourite caterer. I will tell you that I love food! Although I’m a vegetarian, which can be difficult when I travel into remote foreign locations, I enjoy the freshest organic foods and always request that for the crew whenever I shoot.

The last wrap party we had was a dinner. It was a small crew - maybe 25 - and we reserved a long table at a favourite restaurant in Venice, California, and it was so much fun. It was this fabulous group of people and we had all just worked a long day together and we drank wine, ate great food, laughed and told stories; a beautiful moment.

What do you do to relax after a full-on location shoot? Where to you find peace and quiet?

Great question! I love to scuba dive! So, anytime that I shoot I always hope that I can take at least one day to have a deep dive somewhere close to where we are filming or on the way home. I have been meditating for many years and I find that when I’m deep underwater, floating around in the ocean with all of these fascinating sea creatures in their world that I’m just a visitor in, I just relax. All I can hear is the sound of the air bubbles and my breathing in and out.