Written by The Location Guide on Apr 25, 2012. Posted in Production News 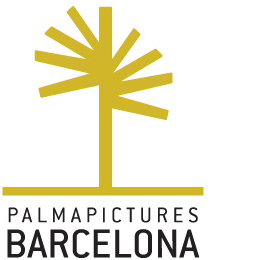 After many years of spinning the globe and pondering over where our clients may want us to open up next, Palma Pictures have decided to expand into mainland Spain and establish a new office in their favourite big city, Barcelona.

The company was inaugurated in 1993 by entrepreneurial Swedish filmmakers and since then it has serviced over 1000 international productions, ranging from photo shoots to commercials to feature films, all from its base on the Mediterranean island of Mallorca.

In 2000 a 4500 m2 state-of-the-art studio facility was completed and in 2007 the company was bought from its founder by the existing Management Team and a small group of investors.

Now The Palma Pictures Media Group, the company consists of three distinct businesses: Palma Pictures, Palma Pictures Photo & Motion and Pathfinder. In 2012 the Group is expanding into mainland Spain and will operate from both hubs.

We already deliver our favourite island and now we will be delivering our favourite big city to production companies, agencies and clients from across the world.

Barcelona – the second largest city in Spain, the biggest metropolis in the Mediterranean, the 4th most visited urbanisation in Europe, an insanely popular shooting destination, one of the most liveable places in the world, a global brand. The football team is not too bad either.

“We already deliver our favourite island and now we will be delivering our favourite big city to production companies, agencies and clients from across the world. This is a hugely exciting adventure for us. Since the beginning of the year we have been sharing our feelings via our blog and with staff and offices now on-line we have produced a little launch film to let everybody know that we have arrived”. Trent Walton, Executive Producer/ Managing Partner.

The video was shot on the sea, land and air in Barcelona over two days in March 2012, using RED EPIC, RED, and 5D cameras.

Joan and his crew, led by DOP Juan Gonzalez, worked tirelessly to make sure that we were in the right part of Barcelona at the right time.

Director Joan Cobos is from Mallorca and has been a friend of the company for many years, working with us regularly as a location manager. Always a budding film director his career has really taken off and he is now represented by Believe Media in the UK and Ingravitto in Spain.

Joan and his crew, led by DOP Juan Gonzalez, worked tirelessly to make sure that we were in the right part of Barcelona at the right time.

The script - written and conceived by Clement Roger who crafts communications at Palma Pictures - is about a young Mallorcan girl who has decided to move to Barcelona and we follow her as she is struck by the diversity, scale and possibilities that exist around every corner of her new favourite big city.

The hours of footage were brilliantly pulled together by Quin Williams at Tenthree Editing in London. Tenthree and Palma Pictures share a lot of top end commercial clients in common and Quin has collaborated with Joan before so he was always our first choice.

Director Joan Cobos is from Mallorca and has been a friend of the company for many years, working with us regularly as a location manager.

It was obvious from the start that sound was going to play a big part in this film so we enlisted the help of singer/ songwriter Deborah Williams to create a track just for the film and from the very beginning she completely understood what we needed and working with her was an absolute delight.

We then got in contact with Millie Munro over at Human and with the expert creative touch of Theo de Gunzburg they propelled what Debbie had created into a slick charming and memorable track that was the perfect accompaniment to the visuals.

We did all of our Post Production with Unit, courtesy of Darryl Bolton, and under the impeccable supervision of Dan Love. They juggled their FX, audio and grading schedules to allow us all the time we needed to bring the look and feel of the film up to the standard that it deserved. Working with them was a brilliant seamless experience.