Written by Murray Ashton on Apr 18, 2012. Posted in Interviews

Filming on location around the world with Producer Sherri Levy

Sherri began her career in production at Ogilvy & Mather nearly 20 years ago. She knew Ogilvy ECD Bill Hamilton, who helped Sherri work out that production was where she wanted to be. She spent six years at Ogilvy, followed by another five at Y&R before going freelance. 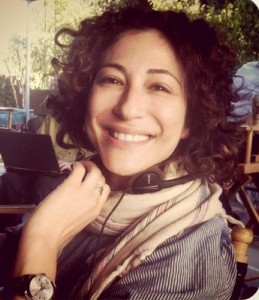 I've been lucky to have shot in some fabulous places in the last few years. Paris for Lindt, Berlin for TIAA-CREF, South Africa, Namibia and Banff for Hummer, Mexico City for Activision, Vancouver for Cadillac, Montreal and Toronto for Palm and a lot of Los Angeles for various other clients.

What would you have liked to have known before about filming in these locations?

The best piece of advice I can give a young Producer travelling abroad is to sweat every single detail you can in the bidding and prep process and really understand all aspects of your job. Ask a million questions; there are no dumb ones. If you are standing on terra firma when you arrive at your location it will make all of the inevitable hiccups so much easier and allow for a more open, creative process because you are working from a place of strength and knowledge, not fear. If you really know your stuff the spots will be better, period.

I go to some trusted travel websites that cater to my interests and I scour them and make my own lists of what I what I want to see, do, eat and buy. My creative team always appreciates this and it makes for a more interesting trip.

What production companies do you best like working with and why?

Gatehouse Commercials in South Africa is amazing. Bev Green runs one hell of a ship over there. A few years ago they serviced a massive Hummer job with shoots in Cape Town, Knysna and all over the Skeleton Coast in Namibia. The Snorri Brothers were directing (at the time they were with Smuggler) and they were coming up with crazy ideas on-the-fly; the crew at Gatehouse never missed a beat.

One example: the Snorris decided last minute that they wanted to cover an H3 in tiny little mirrors and run it through a smoke-filled forest so when the sun peeked through the forest canopy you would catch all of the little reflections. It was a mad and genius idea. Gatehouse found some local potters in Knysna to cut the little mirrors and cover the entire car with them in about 24 hours; it was the most amazing, blinged-out thing you have ever, ever seen!

Kinema Films in Mexico City is another really great production service company. Jose Ludlow runs it and he is the quintessential rainmaker. We were shooting an Activision Wolverine spot there, directed by Rupert Sanders, and our only location was a prison. That is not an easy find in Mexico City as they don't let you shoot in occupied prisons. Ludlow’s exceptional team found a half-built one that suited our spec with its high concrete walls, watch tower and big, empty prison yard, but it was next to impossible to permit. Ludlow knew we had no back-up and had to get this location so he phoned his uncle, who is the Chief of Police in Mexico City, who then got on a helicopter and flew to meet the person who could give the go-ahead. It was so bad-ass. I wouldn't dream of shooting in Mexico City without Jose on my team.

Are there any film-friendly locations, production service companies and crew that you would like to give a special mention or recommendation?

I've shot in South Africa five or six times and cannot get enough of the place. I fell in love the very first time I went to shoot Ladysmith Black Mombazo in Durban in 1994. I've since shot in Johannesburg and Cape Town a number of times; it's just the best place in the world.

The locations in Cape Town are gorgeous and diverse – it’s an easy place to work. If you do shoot in Cape Town you must go skydiving at Skydive Cape Town. Gatehouse and Smuggler took our entire team there on our day off. It's about 40 minutes outside the city. You go up in a glass-bottomed aircraft and the views from up there are just insane. You can see the whole city, Robben Island, Table Mountain and all the bays.

The jump was incredibly exhilarating and beautiful. I was so hungover (our beloved 'chaperone' Ilze Kitzhoff had taken us out for Jager Bombs the night before) that I just jumped out of the plane without really thinking. I'm so glad I did. After that we drove up to Stellenbosch Vineyard for lunch, then lay on the grass and watched a game of cricket. After that we went back to Cape Town and on to the penguin colony at Boulders Beach. It was one of the best days of my life. That entire trip was magical.

What has been your hardest on-location challenge to date and why?

Oh, that is a tough one to answer. There have been so many! Many years ago I shot a spot for Accenture in Sydney and the day we were doing helicopter shots it stormed on and off. We had weather insurance and I was running around trying to collect rainwater in this ancient-looking contraption that just did not seem to work very well, but it was the only way we could recoup our money. I was on the phone with the insurance company all day - it was harrowing. We would send the helicopter up when there was a weather reprieve and then as soon as it would take off it would storm again. Eventually we called it and I went with the clients for a walk in the woods and ended up covered in ticks. It was not a fun day.

I must give an honourable mention to our Hummer shoot in Namibia. We were shooting an H2 crawling over some very, very steep rocks - no truck could do this except a Hummer - and we heard a very loud crack and realised that the axle had broken while the truck was in a very precarious place. Our precision driver looked very concerned. The truck started to tip over right on the edge of the cliff and could have very easily fallen over, which would have been a disaster. I was terrified. These Hummer precision drivers are the best in the world so he was able to slowly right the truck and we were able to fix the broken axle and get it off the rocks. Just thinking about it makes me shiver.

Cape Town. As I mentioned, I've been in love (maybe a little obsessed) with the place since 1994. It's just magic. There are diverse locations, solid production companies (both service and full up), good (non-speaking) talent and so much to do when you aren't working. If you've never read Nelson Mandela's autobiography A Long Walk To Freedom, I implore you do so whether or not you intend to visit Cape Town. It's a must-read if you go, though!

I found my dog Frida when I was shooting in Mexico City, so I will always have heart for that place as well.

Prague is still a great place to shoot and get bang for your buck if you don't have a spot that is heavily reliant on principal talent. I've worked there and flown in talent from nearby cities and it's still worked out to be cost-effective for us.

Well I don't know about favourite food, but my favourite story was when were shooting those trucks in Namibia and had to hike up some very steep rocks to get to the location. There was no video village. We told the local craft services guys (I use the term loosely because I don't think they'd ever worked on a shoot before) that they didn't have to come up with us but they would not hear of it.

They followed us up carrying big thermos flasks of hot coffee and bags of rusks to dip in the coffee. They also had baskets of candy which they carried on their heads. Every time we turned around they were right next to us offering us treats. We drank so much coffee and ate so many rusks because we didn't want to disappoint them!

I was on a job in Barcelona with The Lift that was wrapping at the same time as a Traktor job that was also working out of there. We had a wrap party together and I can't tell you anything more than that it lasted for over 24 hours. If I told you more I'd have to kill you...!

Well, right after a shoot we go into post so my relaxation time usually comes after the spots have shipped. One of my best friends in New York is an incredible yoga teacher so if the timing works out I try go on a yoga retreat she's leading. I've been to Mexico, India and Italy with her and it's a wonderful way to travel and decompress.

I'm also a big fan of the stay-cation. I love being in New York and not working. I get so much done at home, get to soak up the culture and also spend time with my niece and nephew. It's a real freelance perk to be able to take time off after a big job.

I have a great little apartment in New York’s West Village. It's extremely quiet and peaceful here. My living room has an unobstructed view, which is a rarity. It's more like a little place in Paris than one in New York. Being home reading with my dog next to me is just about the nicest thing in the world and I'm about to do it right now...