Written by Murray Ashton on May 9, 2012. Posted in Interviews

Filming on location in Costa Rica with producer Sara Rossi

Sara moved to Costa Rica from Italy as a child when her parents decided it was a beautiful country for a break and a new experience. Sara learned both Spanish and English, and while film school and work as an Assistant director took her overseas, she soon returned to Costa Rica. 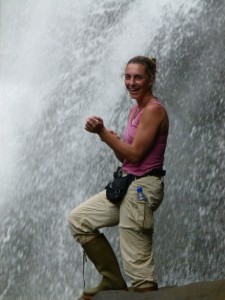 With her extensive experience in the film world she decided it was time for the world to see and experience Costa Rica and its beauties. She started Costa Rica Film Support, which offers full production services across the country for features, documentaries, TV commercials and photo shoots.

What locations are most commonly used by film and TV crews when they come and film in Costa Rica?

Costa Rica shines with natural beauty from exploding volcanoes set in the rolling mountains to ancient craters with dramatic atmospheres. The cool mountains offer a setting for crisp, alluring visuals, yet the contrast of a hot, delicious tropical beach is also within reach.

To secure a sunny, summer shot the best time to shoot is from November to May. From May to the end of October most of Costa Rica comes alive with lush green colours and blossoming flowers, though there are exceptions for rain and sun depending on the area all through the year.

What kind of filming infrastructure does Costa Rica offer?

In the last decade the country has grown into a modern, professional model for international productions. The teams we pull together are professional and will provide a very positive experience. We have fully bilingual crews, post-production facilities, indoor studios and most of the equipment you would find anywhere else in the world.

We have fully bilingual crews, post-production facilities, indoor studios and most of the equipment you would find anywhere else in the world.

All the standard basic equipment such as the Arri 435 ES, Arri 3, RED, Cinealta Sony 900 and the Alexa are available locally. Anything additional such as Steadycams, Tyler Mounts, Panavision cameras, Arri master lenses and underwater housing can be easily brought in from abroad.

Costa Rica is a small country. Most locations are accessible within a two- to four-hour drive from the capital. It sits on both the Caribbean Sea and Pacific Ocean, allowing for different coastal looks. Costa Rica has some extraordinary undiscovered locations. We have some favelas in Costa Rica called precarios that are very similar to the favelas in Brazil but just as densely populated and just as striking.

The most difficult location issue is what to do when the client wants a parrot or a monkey to be transported to a specific location. Most animals here are preserved under a preservation law and there are very strict permits to film with them. We also don’t have trained animal handlers here most of the time so it becomes very difficult to film with them. 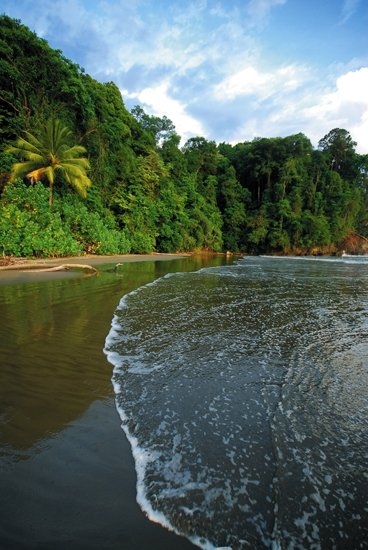 What have you worked on recently?

Are there any tips that you would like to share with our audience about filming in Costa Rica?

Costa Rica is a tropical country with no real winter period, and the sun shines here throughout the year. Costa Rica still enjoys diverse weather because of the different topographic elevations. For example Guanacaste has a dry arid climate as it's in the lowlands, while Montverde is a highland city and as a result is misty and foggy throughout the year due.

In Costa Rica the average annual temperature is around 21 to 27 degrees Celsius. There is no real summer or winter. The rainy season lasts from May to November, with the months of December through April having little to no rain. September and October are the wettest months.

On a separate note, no work visas are required for foreign crews.

Costa Rica’s largest international airport is San Juantamaria Airport in Alajuela, north of San Jose. The other international airport, Daniel Oduber Airport, is in Liberia and provides access to the northwestern Guanacaste region. Many other places can be reached using short domestic flights. Costa Rica Film Support has allied with Nature Air for all domestic flights and we have access to very low rates.

Costa Rica is a small country. Most locations are accessible within a two- to four-hour drive from the capital. It sits on both the Caribbean Sea and Pacific Ocean, allowing for different coastal looks.

All hotels are film-friendly here and we usually have our wrap party right where the main crew is staying. Hotels in San Jose include the Marriott Intercontinental Real, the Alta, the Four Seasons and Los Suenos Marriott.

Location and crew insurance. There are usually set costs for Public Liability cover for film units and costs for insuring locations. Can you tell us about location insurance and possibly examples of costs in Costa Rica?

No extraordinary restrictions or rules apply. Permitting in Costa Rica is a very straightforward process requiring one to 15 days to process permits depending on the location. National parks can take up to two weeks, depending on the park. Closing a street or shooting at the airport will take about a week to permit.

We do not have Public Liability insurance costs here. We have to pay the location owners and if we shoot in national parks we do have to pay the relevant fees; usually they ask for a donation for the park.

What would you recommend crew and cast do in their downtime?

Costa Rica has an abundance of warm-weather activities like white-water rafting, river and ocean kayaking. If you fancy warmer water, leave your wet suit at home and enjoy our tropical water, beach breaks, reef breaks, point breaks and river mouths breaks on the Pacific or Caribbean sides.

Wind surfing champions have called Costa Rica's Lake Arenal area one of the world's top five wind surfing spots, while deep-sea fishing and freshwater fishing alike are popular. If you like to scuba dive or snorkel, Costa Rica has an incredible underwater variety of species.

Where do you best find peace and quiet after a location shoot?

I hide out at La Montaña Azul - Jardín sin Tiempo, a private ecological sanctuary bordering the Chirripo National Park at 4,200 feet above sea level. The facilities of this beautiful Seminar Center are in the middle of gardens, meadows and orchards, graced with pristine clear water, surrounded by majestic primal forests and rivers. The amazing variety of birds, butterflies and flowers cannot but open the heart of the visitor.