Written by Murray Ashton on May 18, 2012. Posted in Interviews

Miki began her filming career in the US as a freelance production co-ordinator. She moved back to Japan in 2001 and set up production company ifd in Tokyo, with support from filmmaker Reiko Yamamoto in the US. 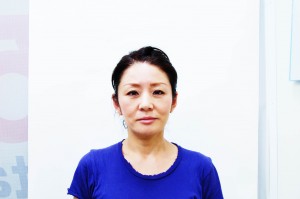 Where have you filmed overseas in the past few years?

Is there anything you have liked to have known beforehand about filming in these locations?

I should have researched more about filming rules in Russia. I should have asked more people so that the prep would have been more efficient. However, I was amazed by the fact that the local crew were hard workers and easy to get along with so the actual production was stress-free.

There are so many rigorous security checkpoints at train stations, airports and in public facilities. If you have raw film that should not be scanned by x-ray, you would need to hire special custom agents in advance.

In general, productions lately have had tighter budgets and may cut down on scouting. However, it's always best if you travel to the location prior to filming, to work out how to make your project more efficient; you end up saving money.

Productions lately have had tighter budgets and may cut down on scouting. However, it's always best if you travel to the location prior to filming.

What production companies do you best like working with and why?

I have been very fortunate to work with wonderful companies. There are many wonderful directors' companies I worked, but I’ll recommend some production service companies.

Bay Vista for France and Cuba is very good at negotiating for tough locations that are normally very hard to get permitted. Pop Films Asia for China and South-East Asia are hardworking and quick-to-respond producers who make our jobs easier. The Lift in Spain has a stills photography division that’s perfect for projects that need stills and movies at the same time.

Pegasus in Iceland has a filming strategy that produces great results. Nation Film in Brazil also offers quick responses and has a great attitude. Orange Films in South Africa has great connections with locations and local tribes. Stratum in India had a positive attitude in response to our demanding requests.

Action Film in Russia understood the international filming system and was also very supportive. Red Creek in Argentina was active in giving us solutions and a wonderful cast. Film Service in Austria was very good at controlling the budget.

What has been your hardest on-location challenge to date and why?

Haji Ali Dargah in Mumbai, India, which offers exquisite Islamic architecture. We had to go through a complex permit procedure and approval stages from different authorities. Any religious or historical landmarks are difficult to get permits for. But Haji Ali's majestic presence is so predominant over other options that we never wanted to give up. In the end, we got such an unforgettably beautiful sunset shot.

Recently, I worked on a print shoot in Bhutan. I would love to return for filming for my next project. There is no filming infrastructure yet. The country has such a charm that I would like to portray remote landscapes and wonderful local people.

I believe you could generate good value in any country. Thanks to the digital revolution you can even get great value in London.

Any religious or historical landmarks are difficult to get permits for.

One was on the top of a hill in Aix-en Province, France, at sunset, with delicious Paella baked in huge pans with champagne. Then there was a Salsa club in Havana, Cuba. We kept on dancing until 4am.

I go to art museums, libraries and live shows, and I cook for my family and friends. I find peace and quiet anywhere where I can be with myself.