An International Film Conference concludes tomorrow (27th June 2012) in the Philippines. Delegates from the region have been meeting in Manila to discuss the region's film and tourism industries, with films like The Bourne Legacy having filmed in the the Philippines. 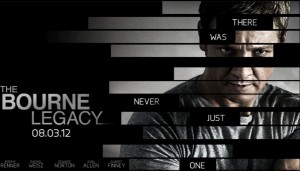 The country is looking to capitalise on high-profile features like The Bourne Legacy, which filmed key action sequences in the Philippines. Topics for discussion at the conference include advances in digital technology and how to maximise co-operation among regional production companies, the Philippine Daily Inquirer reports.

Briccio Santos is Chair of organising body the Film Development Council of the Philippines (FDCP) and spoke to the outlet: “Because films could be the best advertising platform the country could ever have, we will focus on location shooting and create a dialogue between key resource persons and local Government representatives in order to create incentives within their locality.

Eight hundred million people are expected to view this film, which in itself will impact on tourism and trade.

He added: “When The Bourne Legacy is shown in theatres in August we expect an avalanche of tourism interest in the country. Eight hundred million people are expected to view this film, which in itself will impact on tourism and trade.”

The Bourne Legacy spent more than a month filming in Manila when the producers chose the Philippine capital over Ho Chi Minh City and Jakarta.