Written by Murray Ashton on Jun 27, 2012. Posted in Interviews

Mikey was introduced to the world of film production from the age of 15. Over the course of his career he’s worked with production companies including Pulse, The Mob, Black Dog, Weilands, Agile, Stink and Academy, all of whom he credits for providing some incredible opportunities.

Where in the world have you filmed?

Other than working with Line Producers all over the US I've had the good fortune to shoot in Uruguay, Kenya, Spain, France, Bermuda, Portugal and Sweden. 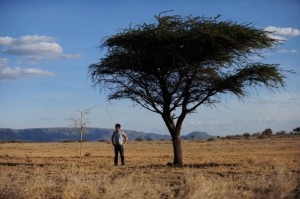 What were the most challenging shoots you've worked on recently?

Most recently? Just last month. I travelled to Zaragoza in Spain to produce a music video for French duo The Penelopes, whilst executive producing promos for Pure Love in New York and Newton Faulkner in Liverpool at the very same time.

Fluent in Spanish and with a very limited budget my time was well spent in the desert of central Spain shooting two consecutive days on location and it felt like a million miles from nowhere.

What was your best filming location?

Without a doubt and not even a split second to rethink, it’s Kenya. The director, myself and the clients were made to feel welcome, looked after and well catered-for throughout. Filming the TV spots for a Universal Music Group Kenyan choir I commissioned Dreamcatcher Productions Ltd to service the segments. The production team was hardworking and professional, the locals accepting and open-armed, and the locations breathtaking.

I travelled to Zaragoza in Spain to produce a music video for French duo The Penelopes, whilst executive producing promos for Pure Love in New York and Newton Faulkner in Liverpool at the very same time.

What do you do to relax?

Most of my vacation time is spent travelling to and from the US to visit my girlfriend, her family and friends. Sunshine or snow, Minnesota has become a second home to me in the last two years. The Twin Cities offer an overwhelming arts scene and actually thinking about it there’s a colossal variety of locations. The Coen Brothers are solid testament to this wonderful Mid-Western state of America.