Written by Murray Ashton on Jul 23, 2012. Posted in Interviews

Wily Blázquez operates under the brand andaluciafilmlocation and has more than 19 years of experience as freelancer working on commercials, photo shoots, movies, music videos, documentaries and reality shows. He works across Spain but focuses on Barcelona and Andalucía.

His work at the Doñana National Park, and lately in Los Llanos in Venezuela, brought him into the documentary world. Over the years he’s collaborated with many international crews, consolidating his career during the Universal Exposition in 1992. 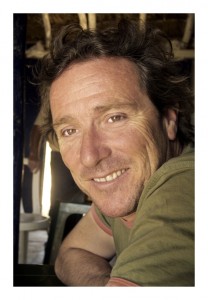 What can you tell me about filming in Andalucía?

Andalucía is almost a third of Spain’s landmass. This region is well known for its cultural diversity (Roman, Arabic, Jewish, Christian ...) and for having long sunny days. The landscapes vary from the arid desert to the snow-capped mountains of the Sierra Nevada, the highest ski resort in Spain. In addition there’s nearly 900kms (560 miles) of coastline.

Andalucía has been a popular filming location for over 40 years, and movies and commercials have consolidated the local industry.

What are the more unusual filming locations in Andalucía?

Besides the most recognised locations requested in Andalucía, our region offers modern design and architecture, lush forests, rivers and, overall, an amazing variety of locations that could belong to any continent. We have rice fields, mountain meadows and modern city skylines.

What’s been your biggest on-location challenge in recent years?

The Mosque of Córdoba and the Alhambra in Granada. They are two of the world’s most famous monuments and therefore there are many filming constraints. Although there are some similar locations with greater ease and equal potential.

My last job was a commercial for Jeep in the desert and the coast of Almeriía, produced by Goodgate in Barcelona, for RSA (LA) by Adrian Moat.

Formerly I have participated in another commercial for Kia Euro 2012 by Han Ki Koh, in the Plaza of Spain in Seville. There’s wonderful scenery in which Lawrence of Arabia, Star Wars and The Dictator, among others, were filmed. This was produced by TeamWorks in Madrid for Radiofilm Korea. In addition to this, I have also been searching for other locations for future film projects.

Which airports best serve the area and can you offer any advice for passing through Customs efficiently?

It’s mainly Málaga and Sevilla, although Almería airport can save a lot of time. As for customs, we follow the EEC regulations.

Can you recommend any hotels and wrap party venues?

Andalucía is traditionally one of the most touristic places in South Europe. The wide variety of hotels, the large number of tapas bars and restaurants are well recognised. It’s hard to choose a wrap party venue, as Andalucía is well known as a wonderful place to have fun!

There are usually set costs for Public Liability cover for film units and costs for insuring locations. Can you tell us about location insurance in the region?

What can you recommend locally for when crews have some downtime from a shoot?

In Andalucía we live outside and that way of life always surprises visitors. It is common for production crews to be surprised with the variety and quality of everything our culture offers (gastronomy, flamenco, beaches, architecture, culture...), as well as the Andalusian character.