The province of KwaZulu-Natal in eastern South Africa now has its own film commission. Launched during the 33rd Durban International Film Festival (DIFF), the commission will focus on developing the province’s filmmaking infrastructure and attracting both local and international investment. 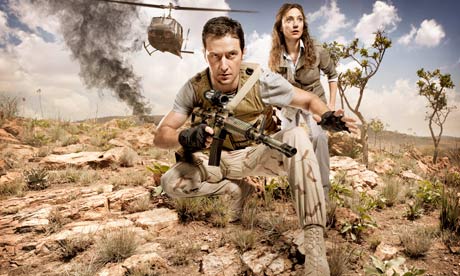 Durban is KwaZulu-Natal’s largest city and in recent years its high-profile projects have included the UK action TV show Strike Back, (left) which recreated Pakistan and India in its streets. The city already has a film office but a commission for the wider province is perhaps an overdue development, especially given that DIFF has been a long-term fixture in the region.

Michael Mabuyakhulu is a Member of the Executive Council (MEC) in KwaZulu-Natal and spoke to The Examiner: “Our kingdom of KwaZulu-Natal (KZN) is a stage. We invite international filmmakers to come and explore our province. Come and see all that it has and how it meets your needs.

“Know that when you come the KZN Film Commission, being launched today with the aim of regulating and promoting the film industry in the province and in South Africa, is here to meet your needs.”

We invite international filmmakers to come and explore our province. Come and see all that it has and how it meets your needs.

South Africa has had a series of high-profile successes recently, with features Safe House and Dredd among the features showcasing its locations and studio facilities alongside the thriving commercials industry. The KwaZulu-Natal Film Commission could make life easier for filmmakers trying to develop projects outside the main hubs of Cape Town and Johannesburg.