Film London has revealed details of some of the high-profile feature projects coming to the English capital in the coming months. The London region made nearly GBP1 billion in direct production spending through 2011 and this year’s high-profile shoots have already included Bond film Skyfall. 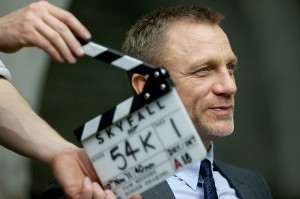 The new Fast & Furious sequel has already started filming in London, with second-unit scenes planned for Glasgow in the next few weeks. Ridley Scott’s new project, The Counselor, has also started filming in London, with Angelina Jolie’s Maleficent also underway with Pinewood Studios as a base. Kenneth Branagh will shortly direct and co-star in spy thriller sequel Jack Ryan.

Neal H Moritz is a Producer on the Fast & Furious sequel: “The locations that are available only in London play an integral part of our story and we’re grateful to the people of the city for welcoming the production as we film here.”

Mark Huffam is an Executive Producer on The Counselor: “Film London’s support has been invaluable in our negotiations with landmark locations in the capital and we are grateful for their assistance in ensuring the smooth running of the shoot during the Olympic Games.”

Film London’s support has been invaluable in our negotiations with landmark locations in the capital.

London is where much of the UK film industry is based, although recent big-budget studio productions have used it as a base while they film in places like Manchester, Liverpool and Glasgow.