Written by Murray Ashton on Aug 23, 2012. Posted in Interviews

Bo started out in the industry in 1999 as a set PA and tried his hand at various different jobs before moving to Locations. With half his family based in Sweden he was a regular tour guide for them on holidays and the move to location scouting seemed a good professional fit too. 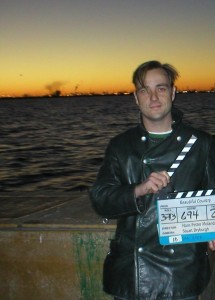 Bo has been running Texasfilmscout.com since 2002. He is based in Houston but scouts and manages jobs throughout the state.

What can you tell us about Texas locations and the resources on offer?

I specialise in Texas locations, particularly in Houston and Dallas. We attract an international clientele due to our mild climate and variety of looks. Texas is the second-largest state in the US with 367 miles of coastline, as well as forests, lush farmland, deserts, prairies, mountains and swamps.

Houston is America’s fourth-largest city. We have a beautiful skyline and an ultra-modern road network, as well as world-class museums, restaurants and high-tech industries. There are 25 Fortune 500 companies in the Houston area alone. Our crew and talent base is world-class. Between Houston, Dallas and Austin there are many full service post-production facilities, stages, sets, talent agencies, camera houses and grip-electric vendors.

Why do productions come to Texas?

Major selling points are the climate and the stress-free permitting process. We have world-class cities with small-town charm. The city Government, police and private businesses welcome film projects both large and small. I can lock off major city streets in half the time and a fraction of the price of other places.

I have worked on features, photo shoots, music videos, episodic TV, industrials and reality shows. However my bread and butter are TV commercials. I just wrapped a Nike spot in Dallas for MJZ directed by Matthijs Van Heijningen to be broadcast during the Opening Ceremony of the London 2012 Olympic Games. I assisted in managing an NBA arena, a multi-million dollar apartment and a high school gym. Right now I am scouting glass and steel skyscrapers and lonely highways for an international car commercial.

Which airports best serve Texas and which film-crew-friendly hotels can you recommend?

Our international airport is George Bush Intercontinental. The regional hub (but soon also to be international) is Hobby Airport. Both of these facilities are film-friendly. Last year we filmed a spot for Chase Mastercard/United Airlines for Tool of North America at Bush.

Film-friendly hotels are the Hotel Derek, Hotel Za Za, the Magnolia, the Icon and the Alden. Houston's Washington Avenue Corridor has a variety of restaurants and pubs that are great for wrap parties. If an out-of-town crew has downtime, I recommend the DeMenil Museum for art lovers or a trip to NASA for the science-minded. Mission Control shouldn't be missed.

What kind of permitting fees and insurance costs should be expected?

There are no permitting fees in Houston. However, you will need the minimum of USD1 million insurance to secure city and state property. Houston charges a USD50 processing fee for parks and lane closures.

After wrapping a shoot I like to fish in the Gulf of Mexico, as well as ride my bike and read. I spent my last vacation on the Swedish island of Gotland in the Baltic Sea. My wife and I are now planning a trip to Puerto Rico.