Written by Murray Ashton on Aug 7, 2012. Posted in Interviews

Filming in Tucson and southern Arizona with Tim Flood

Tim is a native of Tucson, Arizona. He spent a few years in Los Angeles in the early 80s learning the production ropes before returning to his home state.

Tim has been involved with dozens of commercials, documentaries and theatrical productions in southern Arizona. 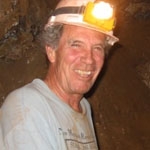 What can you tell me about Arizona as a filming location?

As a Location Scout, Manager and Producer, I have driven, walked and hiked this area - hundreds of square miles - that we locals refer to as Baja Arizona. I am continually astounded at the beauty and light of these settings. There is a magic in this place that feeds the spirit. I love the unending challenges and variety of locations and production work here. There is a solid crew base in Tucson, with a full range of equipment and facilities for visiting productions.

The variety of landscapes here is amazing. From the high Sonoran desert of towering Sahuaro cacti, ancient playas and rolling grasslands through to oak forests and our Sky Islands mountain ranges that pop from the desert floor to over 9,000 feet high. I’ve worked on projects that have utilised the desert, the rolling hills, the mountains and unique small towns and modern urban settings for their backdrops.

The modern urban and desert surrounds of Tucson are often used as a contemporary backdrop. Of course, many Westerns have been filmed here over the years. Many still and commercial productions have shot desert and road scenes, and have utilised a variety of architectural styles available in the area; from mud adobe structures to Spanish Colonial homes, old missions and modern skyscrapers.

The modern urban and desert surrounds of Tucson are often used as a contemporary backdrop. Of course, many Westerns have been filmed here over the years.

Tucson and the surrounding area has mountain areas with pine and aspen trees. There’s running water in places like Sabino Canyon and then we have the rolling grassland and oak looks of the areas near Patagonia, south of Tucson. 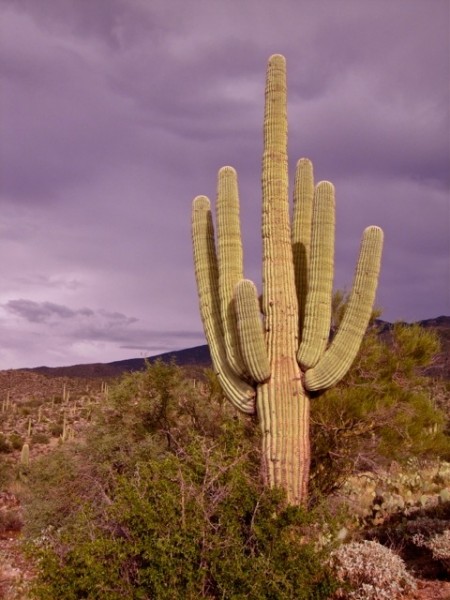 Working with the Man vs. Wild crew (for Discovery Channel) filming an episode that took place in the wilderness in south-eastern Arizona. Much of the filming took place on federal lands, so intense meetings and the permitting process preceded the shoot in a very short time frame. Working with such a phenomenal British crew was a delight.

The last feature film I worked on as location manager was Goats with David Duchovny and Vera Farmiga, a wonderful coming-of-age story set in Tucson. Prior to that, I was Location Manager and producer of Ingenious, another Tucson-set story, this time starring Jeremy Renner.

Are there any tips that you could offer our audience about filming in your region?

Shooting in Tucson and southern Arizona is usually cheaper in relation to locations and housing. The region gets about 350 days of sunshine a year. Summers are hot, but it's a dry heat; picture a skeleton riding a surfboard! The summer monsoons in July and August are quite spectacular. The rest of the year is perfect, but crews should always have plenty of water and sunscreen.

Which are the best airports to use? Any tips on customs clearance or film-friendly freight agents?

Tucson International Airport connects on a non-stop basis with all the big regional and national US hubs.

The region gets about 350 days of sunshine a year. Summers are hot, but it's a dry heat; picture a skeleton riding a surfboard!

Special discounts are available for film crews in most of the motels, hotels and resorts in the Tucson area. There are a number of outlying guest ranches and lodges that are also film-friendly. 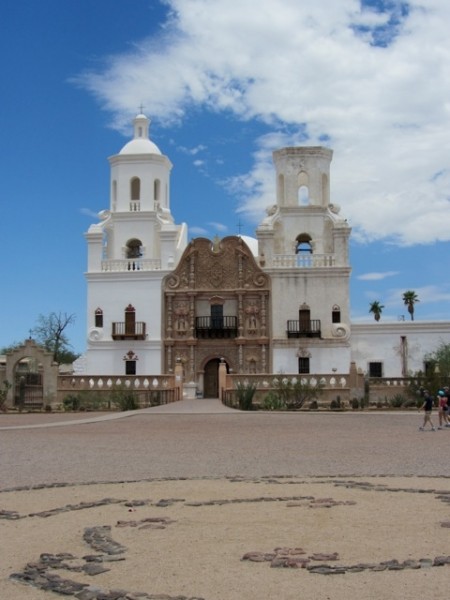 Most film locations in the area require a USD1 million policy naming the site as "additionally insured" at the going insurance rates.

There is much to visit in the area, including the Arizona Sonora Desert Museum, Old Tucson, Mount Lemon, Nogales and the San Xavier Mission. There are great restaurants with fine dining, as well as fabulous Sonoran Mexican food. Great hiking is available within in hour in any direction.

How do you relax after a shoot?

Usually with a swim and then a round of golf at one of the 38 golf courses in the region.

Where did you last go on vacation?

My wife and I recently took an incredible trans-Atlantic cruise on the Queen Mary II. In some ways, being in the middle of the ocean reminds me of the great wide-open of the land here in southern Arizona, so please come to work and play!