From DePalma to Spielberg: Filming with Location Manager Dow Griffith

Dow Griffith started his career as a Location Manager more than 30 years ago and has since worked all over the world with many of cinema’s biggest names. He talks to TLG about humble beginnings, his part in revitalising the modern spy genre and what makes Location Managers tick.

Dow’s first experiences with the industry came as a documentary filmmaker in the early 70s and he continued to learn the ropes through the decade that many consider one of the golden eras of American cinema. It was in the mid-70s that he found himself working as Location Manager on a horror film that would have a seismic impact on the genre.

“I was hired by Lou Stroller - the Production Manager and Producer – as the one and only Location Manager on Carrie," he recalls: "That was on a Thursday. On Saturday it was time to ‘see how the kid is doing’ and I was sent out with just one passenger in my little car – the director Brian DePalma.”

It was time to ‘see how the kid is doing’ and I was sent out with just one passenger in my little car – the director Brian DePalma.

Working on Carrie helped the young Dow get to grips with the language of film. Working closely with DePalma and his colleagues, he learned how to contribute to the overall visual style by approaching each potential location from the combined perspectives of everyone from the director through to the grips and the gaffer. As a result many of his suggestions resonated all the way through to the final cut. 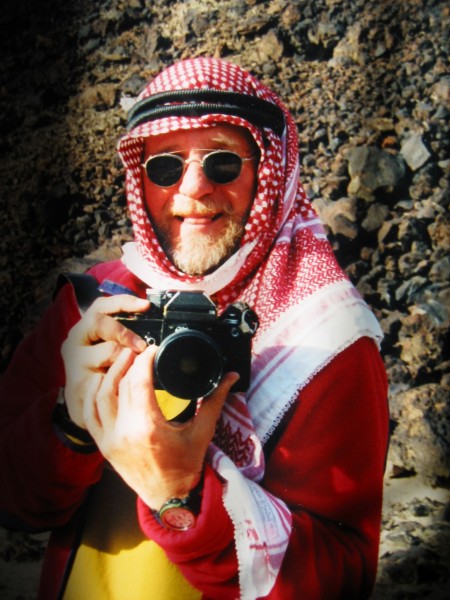 Flash-forward 30 years and Griffith has scouted all over the world and worked with filmmakers like Steven Spielberg (Indiana Jones 4), Taylor Hackford (Proof of Life), Paul Greengrass (Bourne Supremacy) and the late, great, Nora Ephron (Sleepless in Seattle). The Bourne Supremacy and The Bourne Legacy are among the high-profile projects on his CV, and the former gave him a colourful experience of filmmaking in India.

The India sequences in Bourne Supremacy – filmed in Goa in 2003 - included a rugged cross-country car chase ending with a vehicle crash from a bridge into a river. Griffith and his team had few problems with local Government officials, who didn’t hesitate to divert traffic for miles around their chosen bridge. The difficulties came in the form of hordes of locals who surrounded the team for much of the time, especially when some of them tried to extort the production. Local police were given a major work-out, but it didn’t stop a village committee trying to sue Griffith personally over a set-build.

“I enjoyed three trips to the High Court of Bombay. The judges were great," he remembers: "They had fun with the case and were obviously well read as far as the Bourne trilogy [of books] is concerned. ‘You have to show us your identity and prove your superiority’, one of the presiding judges said: ‘But we will deliver the ultimatum!’”

Although Griffith has spent most of the past few years working in Asia and the Far East, he also has extensive experience of scouting South America (the photo below shows Dow's trio of bodyguards for filming Proof of Life in Ecuador in 2000). Most recently he scouted Costa Rica for Will Smith’s upcoming science-fiction feature After Earth. Overall he’s had positive experiences across South America (“I look forward to returning there”), with the exception of Venezuela, which he says he wouldn’t return to in the immediate future. 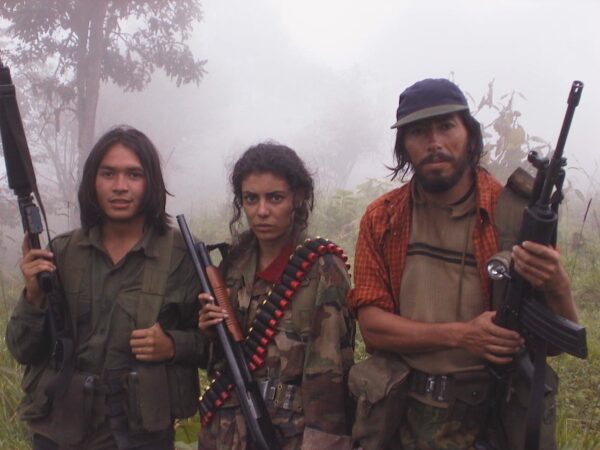 “Sad to say, but after filming in Venezuela three times I would no longer choose to work there during the [Hugo] Chavez regime," Griffith says: "I scouted there for Indiana Jones and the Kingdom of the Crystal Skull but found the infrastructure deteriorated and the attitude of support lacking that I’d had on the films in Venezuela in the past. Too bad, because that is a beautiful country.”

Scouting trips in general sometimes involve the director, but different filmmakers have different approaches to the process. Before stepping up to both write and direct The Bourne Legacy, Tony Gilroy wrote The Bourne Supremacy for director Paul Greengrass. The writer consulted with Griffith on suitable filming locations to fit around the specific plotline that begins with Jason Bourne hiding from assassins in Goa.

Greengrass is known for having a more improvisatory filming style, as Griffith elaborates: “Paul Greengrass closely inspects each location before we make a final selection, but he’s quite comfortable leaving things open until the day of photography. Sometimes I’d be showing the company a new location in India to film in five minutes. Neither Paul nor Tony accompanied the tech scout, which left some guesswork weeks before principle photography was to begin.”

Paul Greengrass closely inspects each location before we make a final selection, but he’s quite comfortable leaving things open until the day of photography.

Griffith believes that approaches to location filming will change gradually in the coming years. While big-budget productions like the Bourne franchise look for fresh and exciting locations, advances in digital effects – personified by the success of Avatar – are making spectacular visuals easier to create in a studio without the logistical fuss of international travel.

Increasingly, studios are paying for scouting trips to more remote locations, before eventually deciding to send a smaller unit to film plate shots for use in a green-screen studio shoot. The positive side to this approach is that filming units heading out on location to get these plates may be smaller and more mobile, but this isn’t what originally excited Griffith about the industry. “There are no actors to bail out of jail, for starters!" he exclaims: "The enormous star trailers don’t get stuck halfway up a volcano. I miss the circus.”

Griffith says his feelings about whether Location Managers get the credit they really deserve have “blunted” over the years. He points out that Location Managers are unique in being involved throughout the production process, often handling large budgets and having a crucial impact on a film’s visual style, and yet are listed as ‘Other Crew’ on the Internet Movie Database.

I wish that Location Managers were recognised more commensurate with their overall responsibilities and creative input, but really who cares besides our ego and our family?

He concludes: “I wish that Location Managers were recognised more commensurate with their overall responsibilities and creative input, but really who cares besides our ego and our family? For me the best credit is when a cameraman or stuntman or director just says thanks for doing a good job.

“That’s what means the most – the recognition that we are all supporting each other in this unique, renegade and rewarding business.”

(To find out about Dow's experiences of filming The Bourne Legacy in Manila, click here)